this week we welcome michele simionato as our pydev of the week! michele is an expert on python and is known for his paper on python’s method resolution order which was published to the python website by guido van rossum and for a very interesting series of articles on metaclasses that he wrote with david mertz. they are a bit difficult to find, but you can read the first one of the 3-part series here . he is one of the founders of the italian python association. michele has a ph. d. about the renormalization of quantum field theory. let’s take a few moments 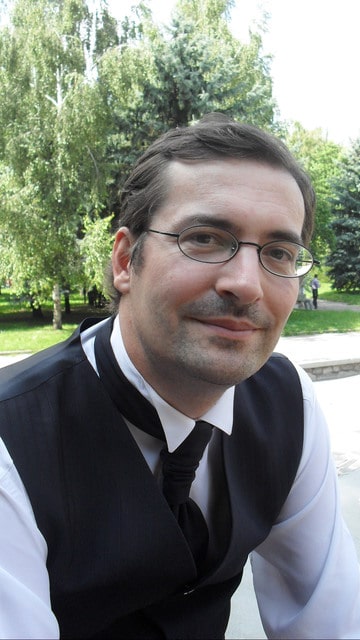 i originally come from academia and i have a ph. d. in theoretical physics. then i worked for several years for an analytics firm (stock market risk assessment) and now i am back to science, doing earthquake simulations at gem .

it happened in 2002. at the time i was a postdoc researcher in the department of physics and astronomy at pittsburgh university. i decided that it was time to learn some modern programming language, in view of a possible career outside academia. after reading a couple of long books by bruce eckel, first about c++ and then about java, i decided that i did not want to program in either of them. i was in doubt between ruby and python, but python won because of the better scientific libraries and of the more pragmatic philosophy.

a long time ago, i started with basic and pascal and later on i worked a lot with mathematica and maple. after learning python, i become interested in functional languages and i know decently well scheme, so much that i nearly wrote a book on it, the adventures of a pythonista in schemeland . in my daily job, i had to work a lot with sql (which i like enough) and with javascript (which i don’t like).

in the last three years, i have become the maintainer and the main developer of the openquake engine, which is a computational engine to produce earthquake hazard and risk assessment. it means that after several years of being a database and web developer i have become a scientific programmer and now i spend most of my time doing performance analysis of massive distributed calculations. i also keep a blog where i document my fighting with the engine.

honestly, i am unsure about where python as a language is going, and i am not even convinced i like the recent trend. certainly, i would like for the language to become simpler, that’s what attracted me to python in the first place, and instead i see several things that are becoming increasingly complicated. also, there are now other languages out there that are worth of note, whereas for years python had no competitors. if you want to know, i am thinking about go for server side programming and about julia for scientific programming. both of them look really interesting even if i have not programmed in either of them. python should not rest thinking that it is better than java and c++ (an easy win) and instead consider seriously the new contenders.

it has always been a good market for python programmers (at least from when i started, 14 years ago) and now it is even more so. i get offers for python jobs nearly every week.

my tagline at the coming europython conference will be “legacy code warrior”: that reflects my daily job in the last 10 years at least. see you in bilbao!