this week we welcome william vincent ( @wsv3000 ) as our pydev of the week! william is the author of 3 books on the django web framework, including django for beginners . you can find out more about what william is up to on his website where he writes about python, django, and more. let's take a few moments to get to know him better! 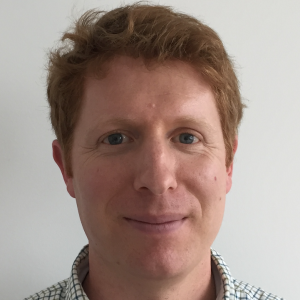 can you tell us a little about yourself (hobbies, education, etc.)?

i have a "non-traditional" background, in that i started my career as a book editor, transitioned into startups on the business side, and finally in my 30s learned how to code and now work as a software engineer and teacher. i basically locked myself in a room for two years and learned how to code, founded my first startup, and went through a lot of ups and downs along the way. i don't necessarily recommend that approach but it's what worked for my family at the time. i'm also a parent to two little girls so that pretty much checks my "hobbies" box these days.

i started programming in earnest back in 2012 while i was living in san francisco and working at quizlet. at the time, the choice was either ruby on rails or python/django among the other startups i knew. i chose python because i needed to pick something and i liked the idea that python could be broadly used beyond just web development, unlike ruby. in hindsight, rails would have been an easier choice since the community had far better resources for beginners and rails has a little more magic baked in, so the learning curve in terms of getting to your first crud/auth app is a lot faster. but i knew that i had to commit to just one language at first and i'm stubborn, so python it was.

i always find it interesting to experiment with other languages. lisp in particular was mind-blowing. but day-to-day i mainly use javascript as my other language of choice. it has some warts, but i really like using it and don't find it off-putting at all. it's become a lot more pythonic with es6 features.

my main focus are my books; i'll have three out this year which feels like a lot but in truth the first one was two years in the making. i also have spent the last few months working with michael herman and jason parent on a text-based lms that will be launching publicly soon (probably will be out by december at testdriven.io).

i think requests is the stock answer for an elegant, well-documented third-party package. most of what i use these days is django-related, so a short list includes django-environ (for environment variables), django rest framework, django-allauth (user and social registration), and django-rest-auth (out of the box user endpoints).

how did you get starting writing books on django?

django for beginners began as my own personal notes on web development. i remember feeling almost angry after i figured out basic functionality with django; like, really, that's all it took in code? why weren't there any complete examples on the web? why did that take days of my life to work out?

i started djangoforbeginners.com with the vague idea it might someday be a book but it was only at the end of 2016, after a startup i was in was acquired, that i became serious about it. writing online and seeing reader comments motivated me to keep going and also greatly improved the content. i also began writing on my personal website, wsvincent.com , with the idea that it would be shorter examples of code that i could later expand upon. traffic on that site has picked up a lot over the last six months.

what did you learn from writing your books and what would you do differently if you could start over?

i wrote up some detailed thoughts on the process of writing technical books. basically it's a ton of work and then self-publishing is another extra round of work. i definitely understand in a visceral way why there are so few up-to-date django resources out there. when the framework updates every year you're never "done" with a book and it requires constant maintenance.

to be a good technical author you have to wear three hats: developer, writer, marketer. it's tough to balance all three properly and, especially when you like to code and can make good money doing that, the marketing side of things often doesn't happen at all. it's like open source software in that respect; quality doesn't matter if you don't spend time and energy getting the word out, writing solid docs, etc.

do you have any advice for other aspiring authors?

everyone should write. it helps your own learning and it helps the community since we all see the world in different ways. don't waste time with a fancy layout for your blog; just write and leave room for comments or your email address so readers can contact you. it's the personal touch that keeps it motivating, not the number of zeroes next to page views.

for books, think seriously about what you want to get out of it. most people have a vague desire to do a book and/or want the associated prestige. for them, going the traditional book publishing route probably makes sense. you'll have a team of people help you along the way and the biggest risk is that you simply won't finish the book at all. it's so much more time than anyone starting out can imagine to actually finish a book. if you want to make meaningful money from the book though, consider self-publishing and be aware you'll need to market yourself.

programming is for everyone. i firmly believe what makes learning to code hard is the lack of good, up-to-date educational resources. i wish it were easier for developers who wanted to teach to find a sustainable way to do so. and i wish students had a formal way to learn this stuff rather than first sitting through abstract lectures on discrete math and data structures without any larger context of how creative and interactive code can be.

if you read a blog post by someone online that helps, please take the time to write them a quick note of thanks. it makes a huge difference. and if you read a book on programming, write a review on amazon for the author!