I'm doing some work with Graphite in Python. Here is a quick overview of what Graphite is...

Graphite consists of a storage backend and a web-based visualization frontend. Client applications send streams of numeric time-series data to the Graphite backend (called carbon), where it gets stored in fixed-size database files similar in design to RRD. The web frontend provides 2 distinct user interfaces for visualizing this data in graphs as well as a simple URL-based API for direct graph generation. 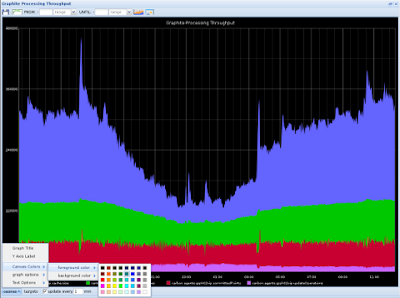