As an extension developer at Qlik, I was ashamed. How could I not know more about this!? But I'm a developer and I like a challenge — I went back, I tried SSEs (which are great, by the way) and now I know the answer to the question. And for the record, SSEs are 100% different from extensions.

But the idea of SSEs is not straightforward. It is not a "plug and play" but rather a service. It is more like an API. Therefore, I am writing this article to talk about the difference between extensions and SSEs (briefly) and hope to clear up any confusion.

Extensions Versus SSEs in a Nutshell 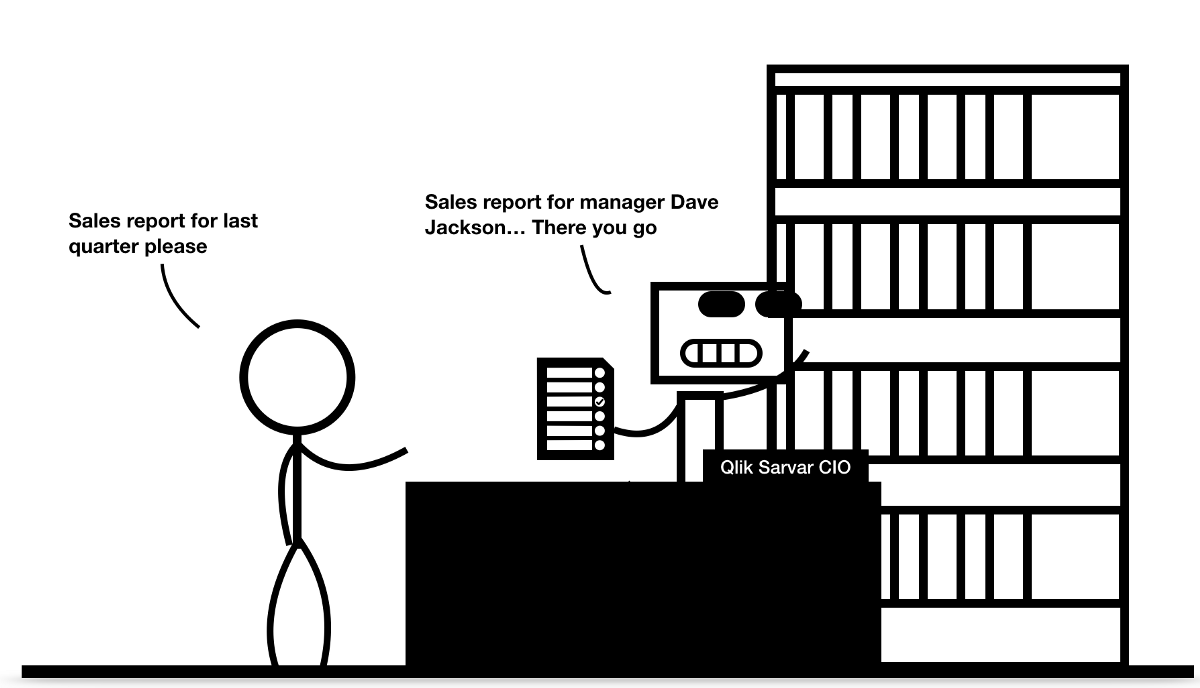 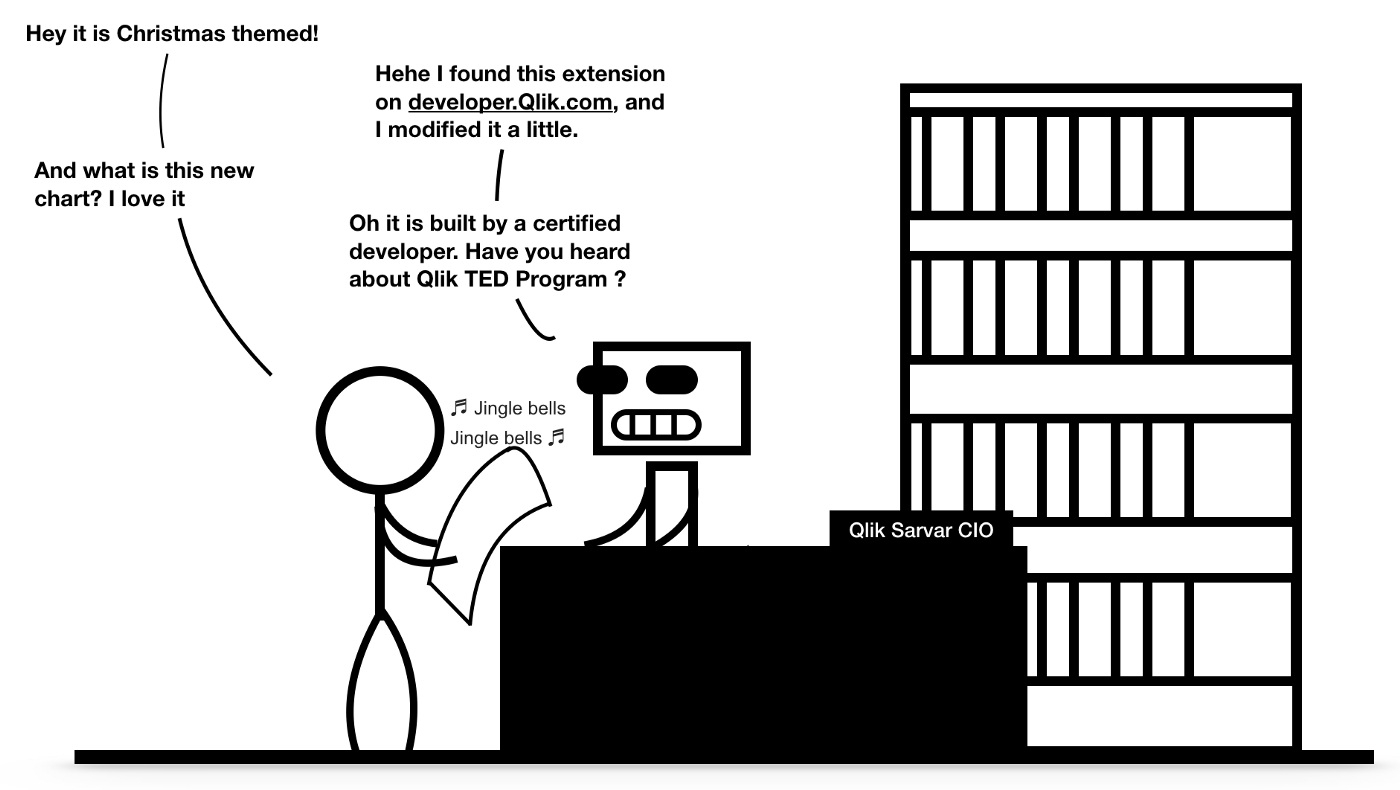 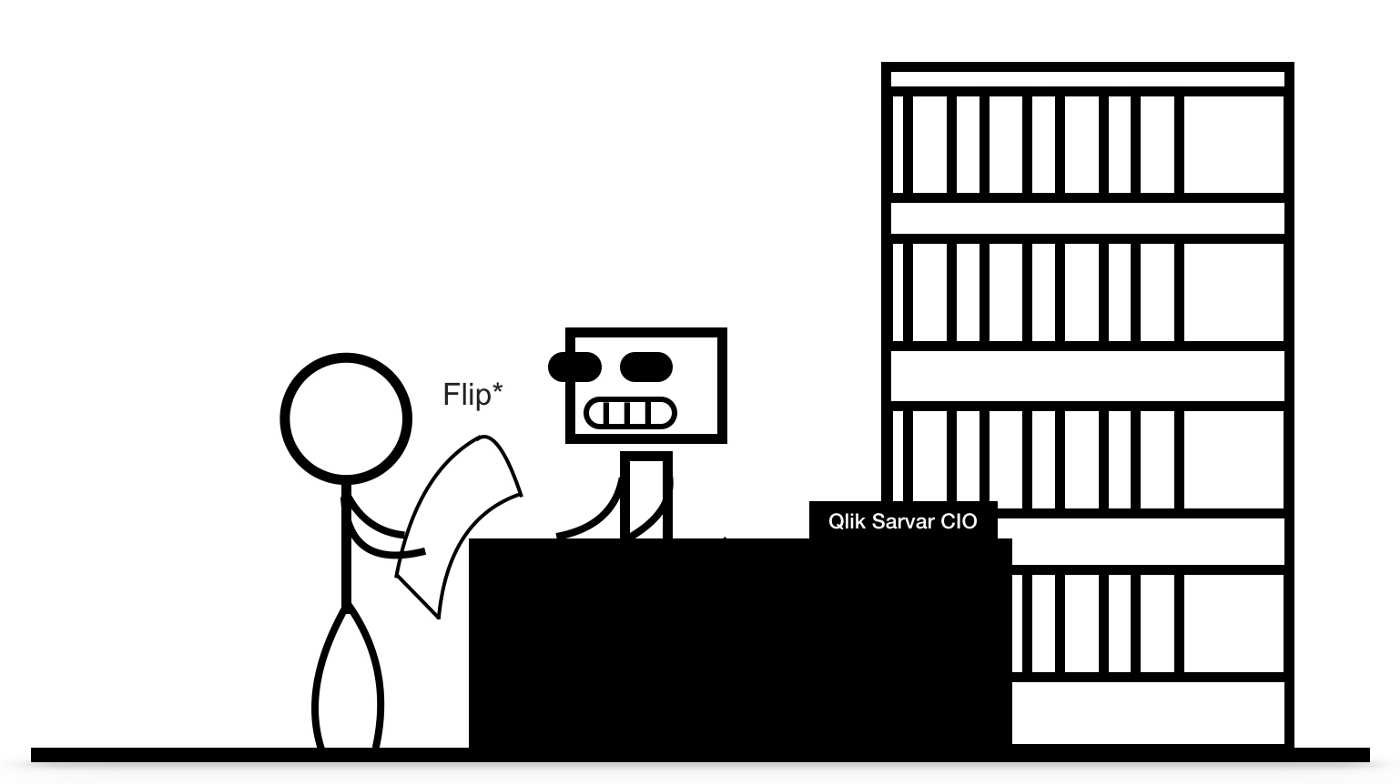 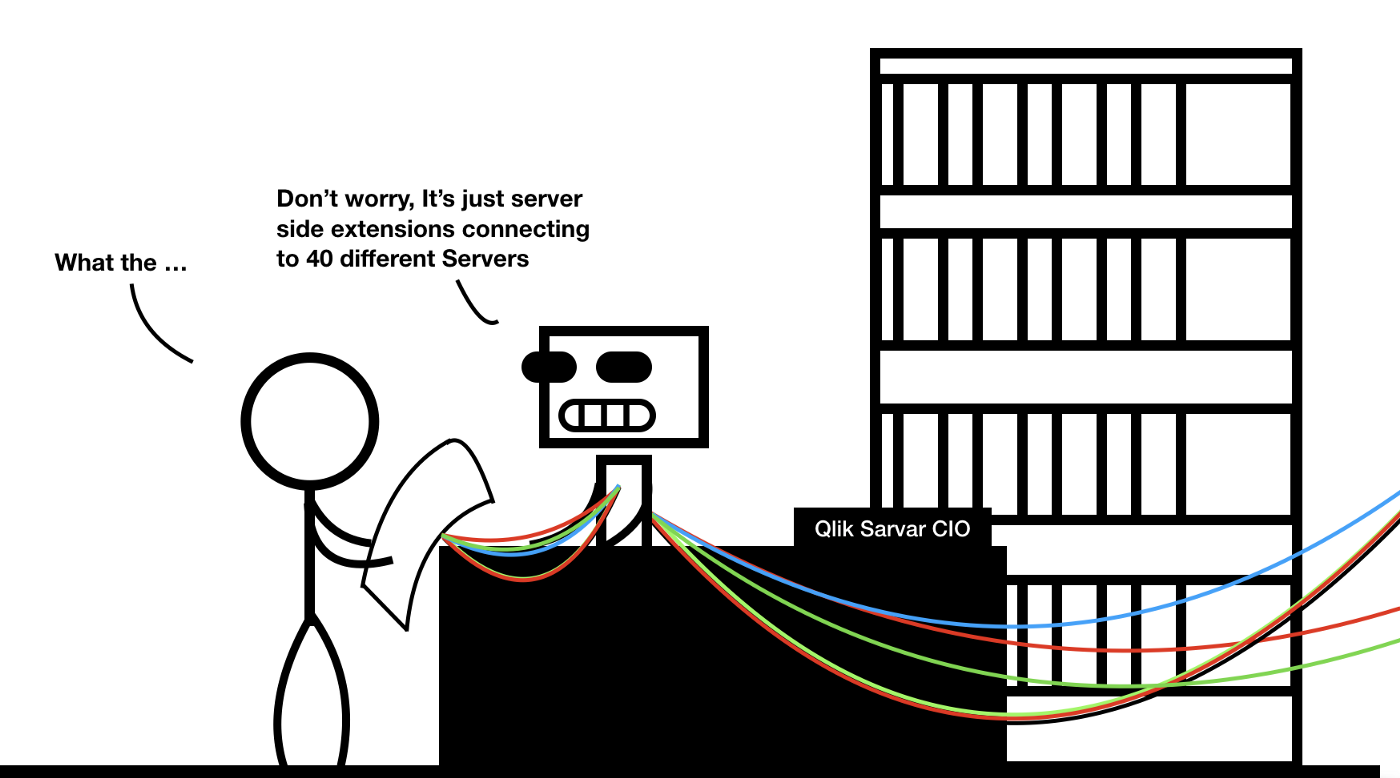 Extensions are charts (not necessarily true) and a frontend entity. When you want to try something outside of Qlik's out-of-the-box visualizations, using extensions give users/developers the power to extend the capability of Qlik to match their BI needs.

"GRRRR, this is garbage! Which BI tool nowadays does not have unicorn bar charts!?"

*Furiously search on the internet for unicorn bar-chart*

Extensions are HTML based. It is a front-end component most often used for visualizations, nothing more. When an extension is installed, it is just like installing an app on your phone —  it's clean, separable, lightweight, and you can remove it as you wish without worrying about breaking other things. Furthermore, extensions are implemented on top of Qlik APIs  —  like, for example, our Extension API. Therefore, the backend remains untouched. Below is an illustration showing how Qlik operates behind the scenes. Nothing needs to be changed in this graph if the user is using an extension.

SSEs are the opposite of a visualization extension. SSEs are for extending the backend capability, instead of the frontend. Just imagine running python or Java or C++, or all together on Qlik. Isn't it awesome?

So SSEs implement a technology call RPC, which is short for remote-procedure-call. RPC is a distributed system implementation. The idea is, the system/user can access functions in another system as it is in their own system. So the anatomy for a system with SSE is actually like this: 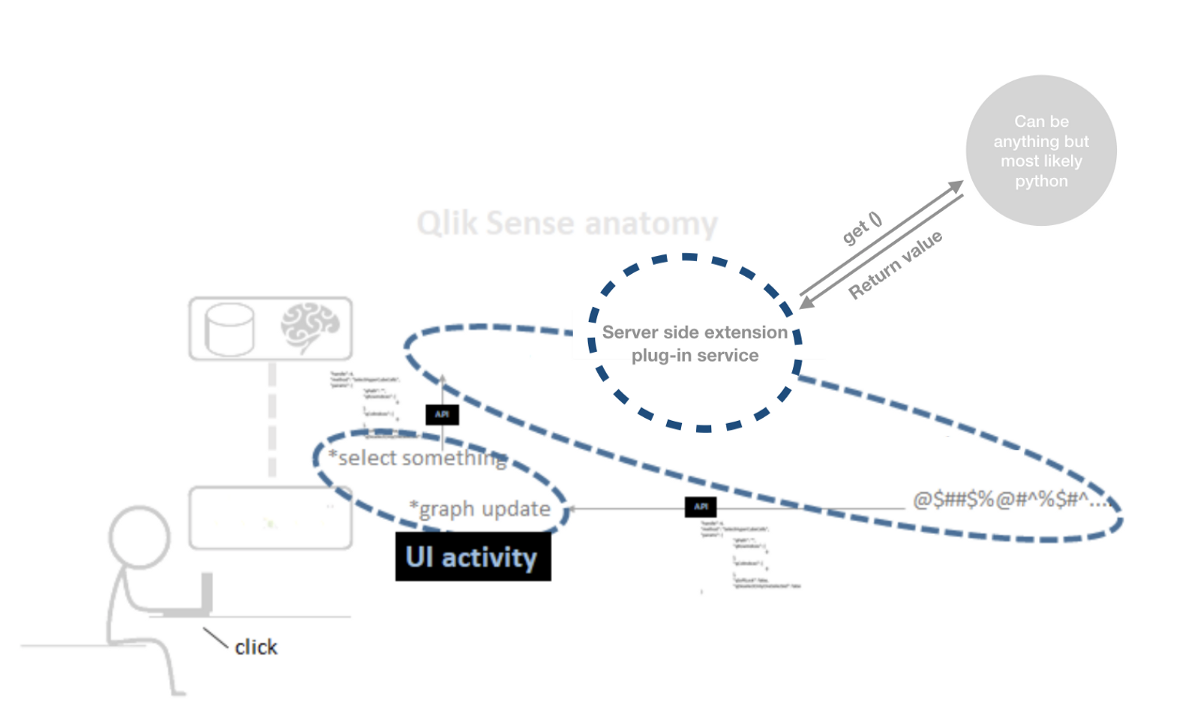 Looks complicated, right? I promise it's really not. What happens here is that some calculations are "outsourced" to another system like, for example, Python. The user does not have to know it. The Qlik server will call a service to do the calculation and combine the data with data from Qlik. It can happen during data loading or in real time.

An example of a SSE use case is predictive analysis. Traditionally, BI software is descriptive, meaning it does not go further from what is already there in the data. But Qlik has a powerful analytics engine. In order to use the engine, all of the data is indexed and pre-loaded as binary during load time.

Now with SSE, Qlik goes beyond descriptive. Users may select a certain group of products and predict their stock availability for the next 3 months based on a machine learning model trained in python. Read more about script loading here.

So, to Summarize Extensions Versus SSEs...

Let me know if you have any questions or would like a tutorial for SSEs. They're awesome.

Cheers. Happy coding. Don't freak out, you'll figure it out.