This time the TableView “Metro” style gets added to the Java, JavaFX theme JMetro. This amps up the JMetro version to 3.1.0.

The reason I didn’t add the Table style before is because, strangely, there isn’t a definition for the Table in the Fluent Design System (previously Metro). There is a preview control called DataGrid, but it is still in preview and will only be officially added later.

The JMetro Table style is a custom made style based on the Fluent Design System’s other controls and guidelines.

As usual, there is a dark and light theme.

If you’re familiar with the standard JavaFX theme (Modena), you’ll also notice that the JMetro arrow that appears when sorting a column is different.

In the light theme, there is a light border below the header row that is not visible in the GIF. It is visible in a PNG image: 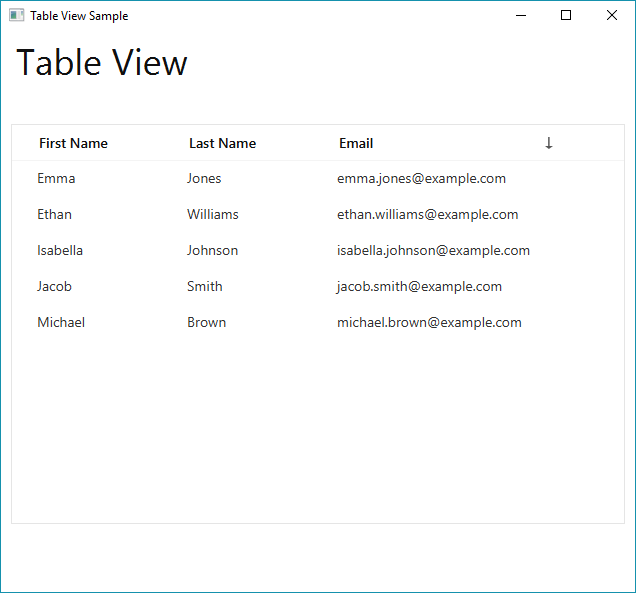 These are the relevant fixes that have been made in version 3.1.0:

As usual check out the Java JavaFX theme JMetro page for information on how to use JMetro theme.

In the next weeks, my intention is to make the further improvements to the library: