you may recall that i've featured some of sven drieling's work previously in this blog, for example in the javafx animation - some of sven's canvas tricks post. well, sven has updated his animation examples and added to the collection to help us prepare for the javafx sdk. here's a screenshot of sven's animationradar example, in which he animates an arc-shaped clip of an image to look like the sweep of a radar. because it's an animation, the running program looks cooler than the static screenshot. :-) 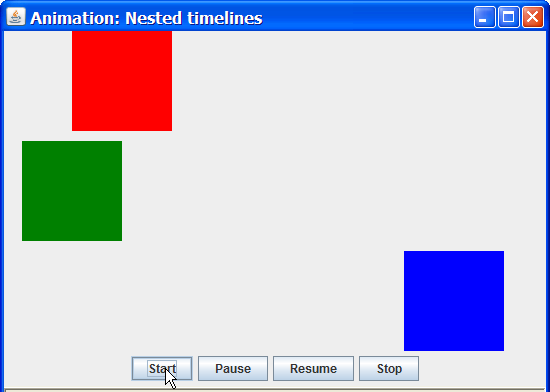 take a look at the page in which sven stashes his many animation examples , and try out the examples via java web start links on that page while studying his great code.