for the last 15 odd years we have continually expanded the amount of information available at our finger tips year on year exponentially. thank you internet for all your glorious contributions to our lives. only recently has staying connected to the internet on a mobile really started to take this to a level where i can truly say that i really am "connected on the go" and as far as technological achievements go that is a pretty amazing achievement to witness in our lifetimes.

when i first connected to the internet i did so by walking down the my local computer store down the street and purchasing prepaid vouchers from a local isp called microplex. it was one of those small hole in the wall white box stores of the late 90’s. as a teenager obsessed with computing this local pc store was my own little technological mecca. for the value price of $39.95 my pocket money unlocked 10 hours of unlimited #efnet irc chats and late night school assignment “assistance”.

i needed a helmet for safety. 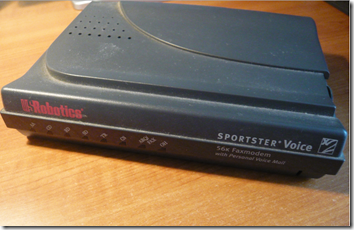 the world didn’t stand still though, and i definitely wasn’t going to intervene, so incrementally over the next very short few years i found myself taking up the past time of buying modems like they were fashion accessories.

it was an ever exciting race to take part in. i’d research ways to test and ensure my phone line had the least amount of noise possible, and learnt all about things like central filters, and isp’s had dedicated lines for different types of modems to help you squeeze as much juice as possible out of your 56kbp/s. the most interesting thing i noticed in hindsight was that somewhere between the excitement of cable internet and adsl 2+ something funny happened. the internet stopped mattering . in the is-it-a-busy-time-of-day, am-i-waiting-for-a-page-to-load, im-so-angry-someone-else-got-that-e-bay-item,  always connected frame of mind it simply faded into the background. the internet was so fast that you stopped even thinking about connectivity, let alone whether anyone else in your house was about to pick up the phone.

get off the phone, i’m in the middle of a game of mechwarrior against some british n00bs!

i didn’t take any notice at the time but a glorious thing had occurred.

i had won the internet. 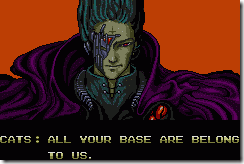 or so i thought.

welcome to the future

in a similar but more recent time frame another speed race has also been taking place in pockets and hand bags everyone. the race for mobile internet speed.

in the past 5 years or so, internet access on the go has moved from being a useless add-on to sell you expensive telco plans, to being a serious value add for anyone. staying obsessed with your friends, family, and sad-to-say work email  around the clock would never be possible without mobile internet.

as scott hanselman so eloquently put it we’ve become infatuated with the idea of it:

it has become so popular to surf the internet on your mobile that society is becoming all too familiar with any number of new social faux pas that surround smart phone usage. companies are even doing interesting studies to uncover meaningful nuggets like the fact that 19% of people drop their phone down the toilet .

but i’ve still found mobile internet awareness to consistently be front of mind for me. having built a number of data centric mobile apps over the last few years i’ve found that whether building apps or consuming them, the mobile internet offered by gprs, 3g, and hsdpa+ has always made me critically aware that i was “using the internet on my mobile”. my brain was always coming up with more questions than mobile google could begin to answer fast enough for me on my morning commute. 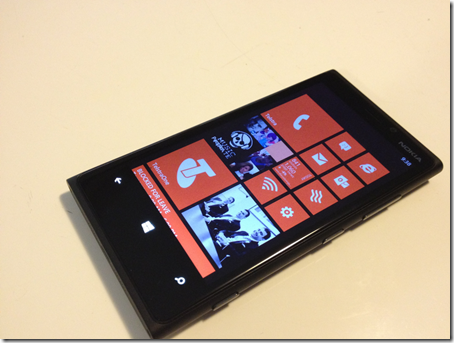 after firing up my new nokia lumia 920 for the first time the other day i experienced something i’ve never felt since using the internet on a mobile, i stopped being even aware of the internet. i’ve spent the last 3 days downloading, streaming, google’ing, skyping and generally just getting stuff done on the internet . and it’s all been flawless. obviously being on my island nation’s fastest telco and sticking to built up areas has helped a lot with this (thanks 90’s anti-competitive telstra monopolism), but i simply couldn’t care less. i now have faster internet on the go than i do at home and living across the road from the local phone exchange has made my adsl 2+ connection nothing to snicker at.

my new lumia 920 now downloads at an average of about 39-40 mb/s (from doug’s oober thorough testings).

that’s 1,388 x faster than when i first started using the internet.

this is not only summarized as fast when compared to my home internet connection, but in human terms this is revolutionary. it means my main daily input source for information is actually able to give it to my faster than my poor little evolved brain can consume it. i am able to trigger a human iops issue anytime day or night on command.

i’m pretty sure science would define this as meaning i have reached the internet event horizon.

and as sam neil taught us all, when this happens there is simply no turning back.