According to Front-end Frameworks Survey, React JS has ranked top in the list of most loved frameworks. Thus, the developer communities expect a bit higher from the framework, so they are less appreciative of the previous launch. 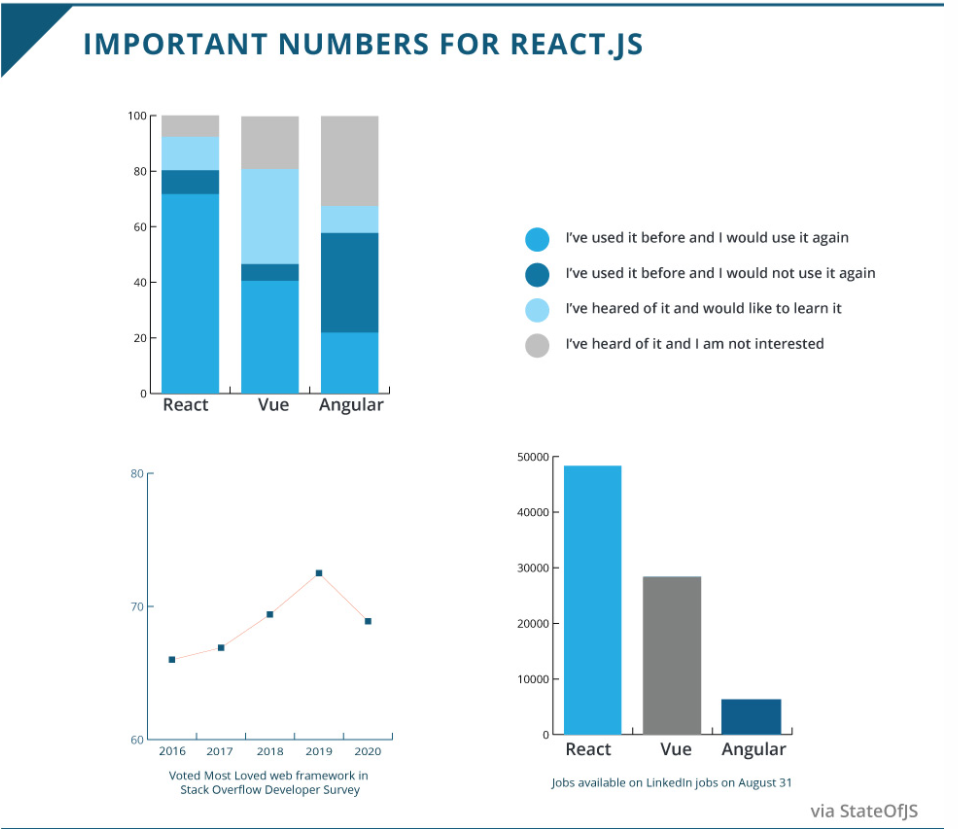 So, this time React 18 will be a blast. For beginners, the team is working on a new approach. They have called a panel of experts, library authors, educators, and developers to take part in a working group. Initially, it will be a small group.

I am not a part of this release but following the team on their GitHub discussion group. After gathering the information from there, I can say that they have planned much better this time.

The Main of React 18 Will Be

In this write-up, I will explain the three main features that the team is introducing in React 18. So, explore the features of React 18 with me.

React 18's central theme is concurrency. Do you know its meaning? Let me explain it to you first.

Concurrency is the ability to perform multiple tasks simultaneously. Considering the case of a standard React app, let's assume that animation is working in a component, and at the same time, a user can type or click in other components of React. 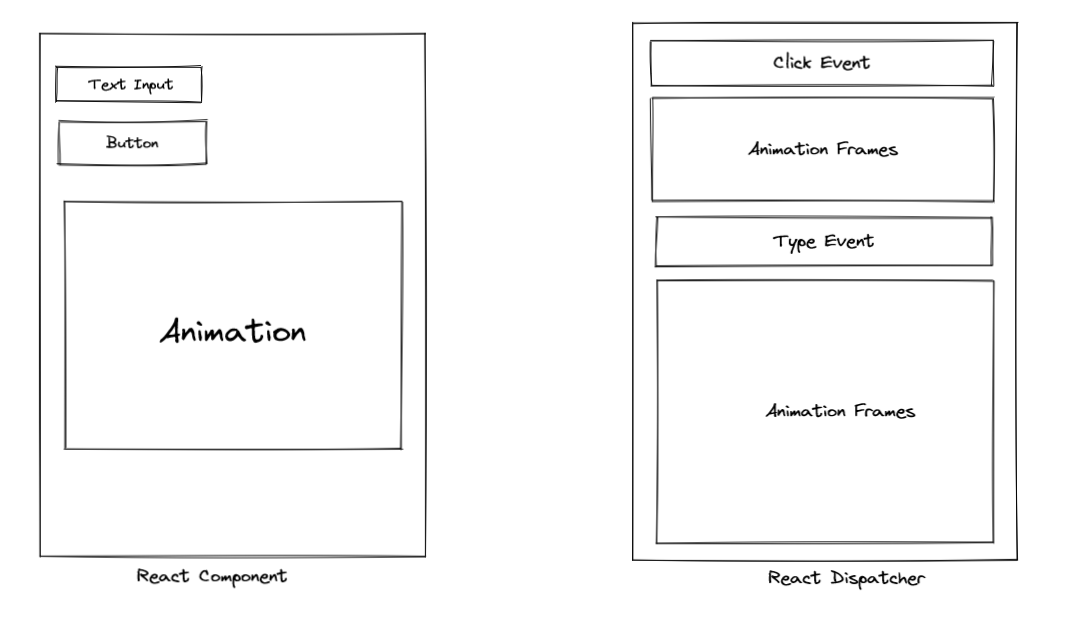 Here, when a user is typing and clicking on buttons, animation also renders there within the  React's context.

React has to handle all the function calls, hook calls, and event callbacks, some of which can even co-occur.  If React gives all its time rendering animation frames, users will think that the app is stuck since it won't be reacting to their inputs.

Now React, working on a single-threaded process, has to merge, reorder and prioritize these events and functions to provide users an optimum and quality experience.

For this, React uses a "dispatcher" internally, responsible for prioritizing and requesting these callbacks.

Before React 18, users had no way to control the invocation order of these functions. But now, it's providing some control of this event loop to the user with the Transition API.

When groups of React multiple state updates into one render for improved performance is called batching.

For instance, React has always batched these into one re-render if you have two state updates inside the same click event. If you are running the following code, you’ll notice that while clicking every time,  React only performs one code render, though you set the state the two times:

It is best for performance because it avoids unimportant re-renders. It also prevents the component from rendering half-finished states where a single state variable was updated only, creating bugs. You might think of a restaurant waiter who doesn't run to his kitchen when you select the first dish but waits for you to complete your order.

Though, React wasn't constant about when it batches updates. It is because React used to only batch updates during a browser event (like click), but here we're updating the state after the event has already been handled (in fetch callback):

In the automatic batching (after updating your system to React 18), no matter where the states originate, it will always be re-rendered once.

In Case if You Don’t Want to Batch

Here, you have to use flash sync to re-render the component. 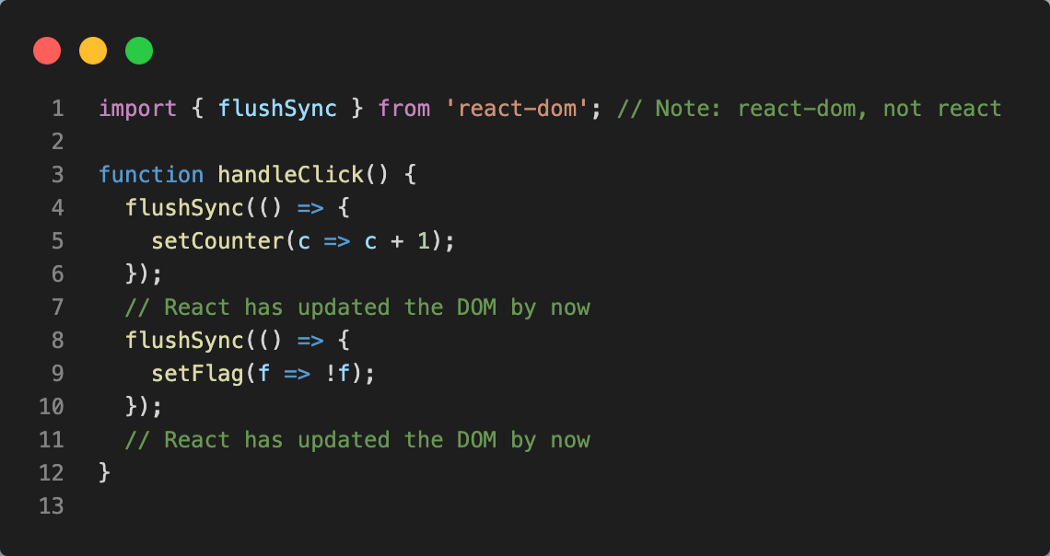 It is an extension of Server Side Rendering (SSR) logic. In a typical React SSR application, the following steps occur:

There is one problem with a typical SSR application that every step has to finish for the whole app at once before you could start the next step.

But now, React 18 has tried to solve this issue. <Suspense> component is revolutionized to break down the app into smaller independent units that pass through the steps mentioned above.  As a result, users will see the app content quickly and start interacting much faster with it.

Transition API is an incredible feature that's coming with React 18. It allows the users to solve the frequent update's issues on the large screens. E.g., Type in the input field that filters the data list. You have to solve the area's value in the state to separate the data and control the input field value. This code may look like the below code:

Whenever a user types any character, we update the input value and use a new value to find the list and display the results. It can cause delay on the page for large-screen updates while everything renders, making other interactions or typing slow and unresponsive. Even if your list is not too long, the list items can be complex and varied on every keystroke. There you find no clear way for optimizing their rendering.

Conceptually, there is an issue of two updates that have to happen. The first one is an urgent update where you have to change the value of the input field and possibly, some UI around it. In contrast, the second one is a less urgent update to show the search results.

Urgent: Show what was typed:

Not urgent: Show the results:

Now, the new start transition API has solved this issue by allowing to mark updates as

React 17 was not able to meet the developer's community.  The focus was all primarily centered on making it easier to upgrade React itself. React 18 release will be the opposite. It has a lot of features for developers.

But, yes, keep in mind that there can be changes in the final version since it is a beta release. After the release, the majority of features may orbit around concurrence. That is excellent news, as it will help the developers in improving the app speed and efficiency. With all those new tools, they can fine-tune their performance better.