Selecting a JavaScript framework for your web application is a tough task. Especially when you have a plethora of convincing frameworks to choose from, including Angular, Backbone, Node, Ember, and the newest addition to the impressive list, Vue.js.

You also have React.js - a JavaScript library that witnessed an immense growth in the past few years. Statistics show that front-end developers have wholeheartedly adopted this lightweight framework, forgoing other available options. 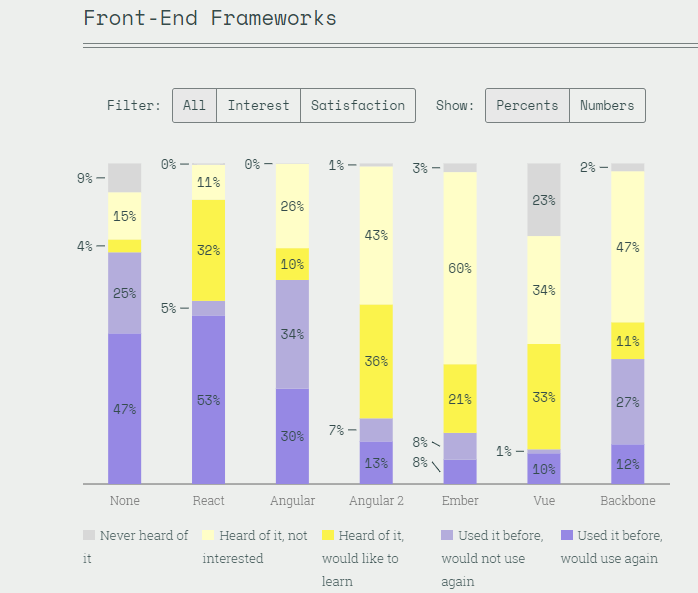 According to the data presented by stateofjs.com, over 50% of front-end developers prefer React over other JavaScript frameworks. Google Trends further goes to show the noticeable increase in the interest over ReactJS.

This apparent choice leaves us with a question - what’s so special about React to make it one of the most sought-after primary JavaScript frameworks?

Why don’t we dig deeper into the vast world of React and find out all the possible reasons behind it?

An Introduction to the React Framework

Let’s start with the basic intro: what is React?

React.js is a JavaScript library designed to simplify the user interface components development process. It helps create modular, reusable, and intuitive components (e.g. comment boxes, tab bars, pop up models, lists, sortable tables, and more) efficiently. You just have to design simple views for each state in your application, and this framework will render the desired components with ease. This directly translates to better performance without any added complexities.

React is often coined as ‘the V in the MVC structure.’ In simple words, it rules the V(iew) section by augmenting your views and providing you with unlimited ways to enhance your UI components. This, in turn, helps develop interactive web apps for a seamless customer experience.

Introduced in 2013 by Facebook, the isomorphic JavaScript library has since pushed the boundaries of UI. It’s easy to comprehend and work on - the two biggest factors contributing to this tectonic shift towards React. The sudden rise in the number of React.js development companies we witnessed in the last couple of years can be derived from this reason itself. 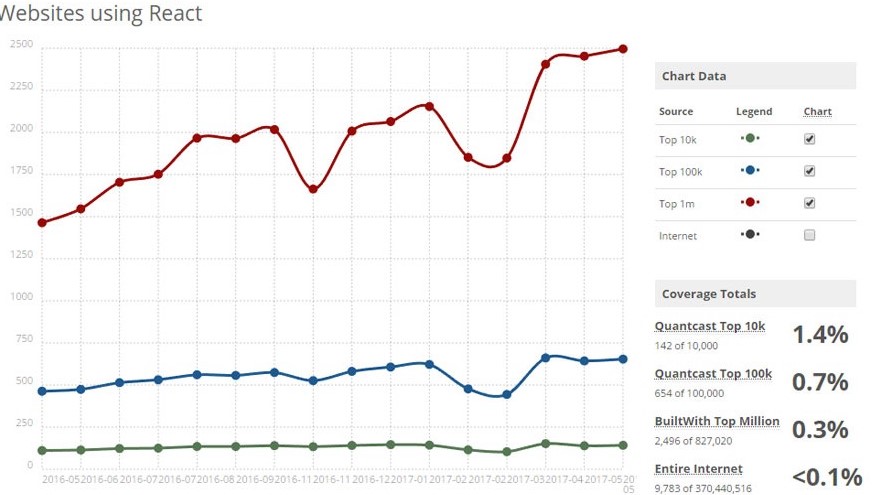 The data compiled by Builtwith clearly demonstrates our point. We can see the huge leap in the number of React users over time.

React’s creation is touted as one of the milestones in the front-end arena, especially on the CSR front. Sure, we had dynamic front-end flows and interactive user-interface components before React. But there was a distinctive complexity to it which kind of killed the main purpose of implementing such components. And, don't forget, we had to deal with loading screens and other performance lags even before entering the main work domain.

With React came the added advantage to SSR, the Virtual DOM - we will learn more about it in the next section. Anyway, React has helped developers skip the necessary (but lengthy) step of loading the entire web page every single time a user makes a small change to the User Interface/View. This way developers are able to extract the best out of the inherent performance advantages of SSR, without having to load the page time and again.

But there is a lot more to React than just the Virtual DOM.

Why React Is Favored by Front-End Specialists

In this section, we will discuss some of the features that make React a superior choice for front-end developers. Have a look: 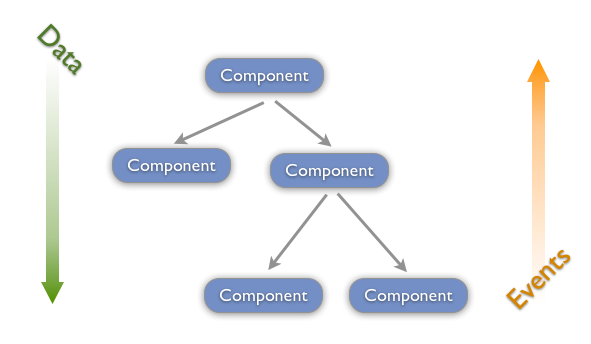 Of course, React has its own share of downsides. But if we go solely by the numbers, its many advantages most definitely outweigh its flaws. The Virtual DOM promotes ease of use, reusable components fast-track the development process, JSX makes coding workable, unidirectional flow helps provide optimal control, React Native makes react familiar in mobile apps.

It all goes to show only one thing: React is popular and for all the right reasons.

Game of Frameworks: JavaScript Trends of 2019

How to Learn React.js, Part 1: The React Road Map for Modern Web Developers