RxJava is the Java implementation of ReactiveX, and is a library for composing asynchronous and event-based programs using observable sequence for the JVM.

RxJava implements the Reactor and observer patterns that could be considered a combination of Interator Pattern and Functional Programing. In other words, they are a lot of functions to create, combine, and filter streams.

According to the official documentation:

"It extends the observer pattern to support sequences of data and/or events and adds operators that allow you to compose sequences together declaratively while abstracting away concerns about things like low-level threading, synchronization, thread-safety, concurrent data structures, and non-blocking I/O." 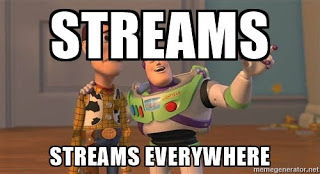 The main target of RxJava is the whole JVM platform, not just one language. Right now, it supports Java, Groovy, Scala, JavaScript, and Ruby.

One of the ideas of RxJava is provide a DSL for creating flows out of asynchronous sources using collections of operators for filtering, selecting, transforming, and combining those flows in an easy way. It encapsulates data sequences in Observable and performs composable operations on them.

These flows are called Observables, which are collections of events with push semantics, opposed to pull semantics used with iterators.

Non-blocking is not about being faster, non-blocking is more about utilizing threads better. If thread utilization is not a issue, the application will perform at about the same level.

Some facts on Observers and Observables: 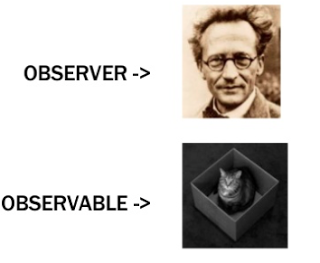 Some differences between the Observable and Observer Patterns: 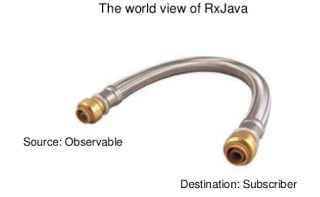 Comparison Between Iterable and Observable Architecture

Iterable Architecture — How it Works

Observable Architecture — How it Works

The subscribe method connects an Observer to an Observable, the subscriber does not need to block the thread, and the values will come to your Observer when they are ready.

What should we think about when we use RxJava: