All the world's a stage,
And all the men and women merely players.
-Shakespeare

This quote from William Shakespeare's pastoral comedy As You Like It, can be very helpful when describing Actor Model. In this post, we will see what an Actor Model is and how you can use it to build concurrent, distributed, and resilient applications.

There are many things to consider when building reactive systems. The Reactive Manifesto describes the general characteristics of such a system at https://www.reactivemanifesto.org/ and Akka.NET adheres to the principles set forth in reactive manifesto.

Akka.NET frees developers from various underlying concerns of such systems. e.g. manually managing the threads and locks around share resources. Instead, higher-level abstractions like actors and messages help develop these systems easily. Akka.NET is based on AKKA (JVM).

The idea of this post to get started with this programming paradigm and same time have an appreciation of this model and framework which we can use today and build such important systems.

Here are a few of the applications, which could be a potential candidate for actor model.

The first reason for using an actor model-based system is that it can help us simplify the building of scalable, concurrent, high throughput, and low latency systems. This also gives us the starting idea of the kind of applications we can build using the actor model. If your application requires one or more of the above-mentioned features, then it can benefit from this model.

High abstraction level is also provided by actor model. We can think of Actor model as object-oriented programming on steroids as it formalizes the interaction between actors through the use of massages.

Besides the above-mentioned benefits. Following are some of the other benefits as well:

Actors are the place where the work of our system is actually performed. They contain the processing code. A single actor on its own can’t do much, so we can communicate between actors using messages.

Different Parts an Actor has 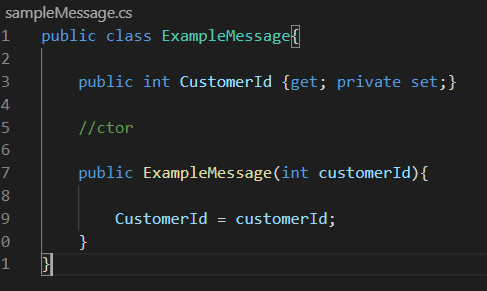 An instance of actor system contains our actors. These actors can send messages to each other (local actor). We saw a diagram of such system above. 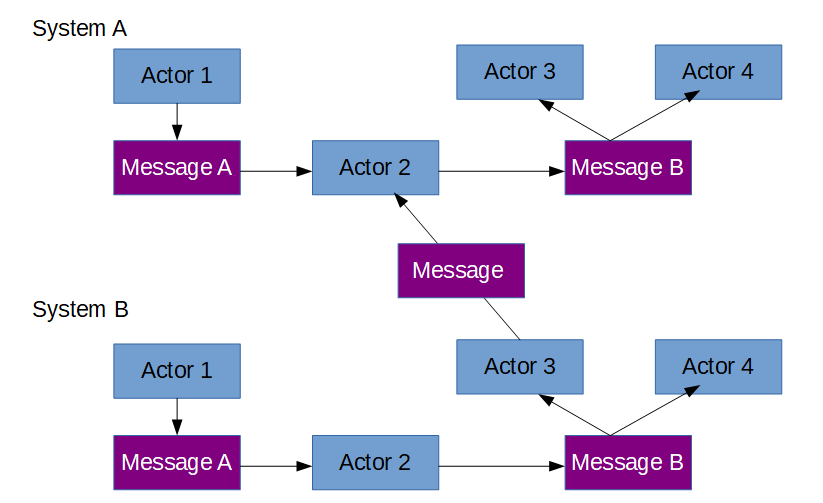 Due to the location transparency feature of Akka.NET, we send message to local or remote actors in the same way.

Actors can supervise other actors. If an actor has children, it is responsible to supervise those and hierarchy of actors is formed. Supervision hierarchies allow the system to not only deal with faults but become self-healing.

As we have seen the benefits which actor systems provide. Akka.NET helps us build such systems in .NET. We can use all OOP goodness as well along with built-in mechanism for mailboxes, thread safety, error recovery, etc. With these capabilities in-hand we can build systems or part of systems which are high performing, reactive, and fun to work on.

People have developed very interesting applications using this framework. I will suggest to visit the following links for some more information and sample code. Also, I will try to build a complete system using actor model in upcoming posts.

Akka.NET works nicely with other technologies like SignalR, WebAPI, etc.

There are many approaches to messaging-based systems and Akka.Net is a powerful one and we can use this power to build these systems in a variety of domains. Here is one very basic Application that is using Akka.NET as its core, along with SignalR and Angular, and you can check it out on this link. If you have some questions, feel free to ask and I will try to answer those. Happy coding.