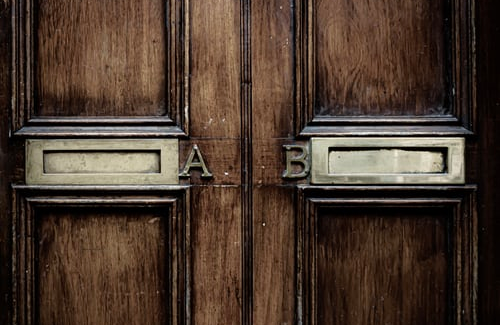 Given the choice of a Relational Database (RDBMS) vs a NoSQL database, it has become more important to select the right type of database for storing data. Not all the requirements fit in a NoSQL database or an RDBMS. RDBMSs are mainly related to managing, storing, and manipulating structured data where the data format, columns, data type, attributes, and schema are fixed, and the relationship between entities needs to be consistently maintained.

SQL is a common query language used when dealing with an RDBMS. Using an RDBMS is a choice for storing transactional data or records where the ACID (Atomicity, Consistency, Isolation, Durability) proprieties of transactions must be provided by an underlying database. An RDBMS is also a choice where the security and accessibility of data are of utmost importance. Typical use cases are financial records, financial transactions, OLTP, ERP, CRM systems, e-commerce applications, etc.

NoSQL (sometimes referred to as Not only SQL, non-SQL or non-relational) is a database that is suitable for managing data that is non-relational, i.e. not structured in tabular format or have fixed data type formats and variables that do not possess tabular relationships. There are various types of NoSQL databases that exist, like key-value, document-based, column-based, and graph-based. When it comes to scalability and performance of unstructured data, NoSQL is the obvious choice.

It becomes imperative to choose the right type of database, and, if required, migrate the exiting RDBMS database to NoSQL to meet the new dynamics of business requirements, scalability, and performance aspects. The below section will help in deciding the right database for your requirement.

If there are existing RDBMS databases that are storing content, documents, files, or have unstructured data, then there are significant advantages in moving such databases to NoSQL databases. Benefits include cost benefits, performance, scalability, future proof for changes, reducing conversion jobs, and extensive supportability for analytics.

Apache Cassandra and MongoDB are the most popularly used NoSQL databases. Atlas is the DBaaS offering MongoDB. However, there is a limited number of RDBMSs to MongoDB or RDBMSs to Cassandra migration tools available in the market. This migration can be achieved using ETL tools or custom transformation Engines. Transformation could be complex. These databases are preferred for greenfield projects than for migration use cases.

There are cloud-provided proprietary databases like Azure CosmosDB, AWS DynamoDB, and Google CloudSpanner, which are actively getting adopted in new architectures due to extensive supportability, documentation, and vendor migration tools available from cloud providers. Also, it requires less effort in setting up and migrating to new DynamoDB or CosmosDB instances as compared to Cassandra or MongoDB. Azure and AWS NoSQL services are more popular as compared to Google.

The below section provides some of the tools options available from cloud service providers to migrate/transform RDBMS to NoSQL databases.

Refer to the reference section for useful links on migration.

AWS Database Migration Service (AWS DMS) can migrate data from most widely-used commercial RDBMSs and open-source databases to similar databases (homogeneous) or different database platforms (heterogeneous) including transforming RDBMS to DynamoDB or Cassandra to DynamoDB or MongoDB to DynamoDB databases.

AWS DMS, along with AWS Schema Conversion Tool (SCT), can help migrate traditional RDBMS data to DynamoDB. The SCT object mapping feature can be used to restructure original data to the target desired structure of the data in DynamoDB during migration. For complex conversions, Lambda functions can be used. Also, there are many open source tools that can convert database tables into JSON objects. These JSON objects can then be imported into NoSQL databases.

AWS DMS can also be used to migrate RDBMS databases to homogenous or heterogeneous RDMS databases including DBaaS platforms in AWS (RDS).

Azure Database Migration Service (DMS), Cosmos DB, and the API for MongoDB can be used to migrate MongoDB to CosmosDB.

Azure DMS, Cosmos DB, Cassandra API, along with the cqlsh command utility can be used to migrate Cassandra to Cosmos DB.

For conversion from different RDBMS other than MSSQL, Microsoft recommends third-party tools, such as Blitzz.io.

In all the above cases, a Cosmos DB account subscription is required in Azure.

2.3 Migration From SQL to Google DataStore

There are not many tools and documentation support from Google on migration to Firestore or Bigtable from RDBMS databases or different NoSQL platforms. Cloud SQL, a managed RDBMS from Google, has built-in features to migrate some of traditional RDBMS to CloudSQL. Cloud Spanner is another managed RDBMS. Migrations involve mainly manual processes.

Relational and NoSQL databases are suitable for different types of jobs and storage. Architects have to decide which database type is more suitable for a given type of requirement. Architects have to consider cost factors, HA design, DR recovery mechanisms, and complexities around storing and retrieval of data when making the database designs. NoSQL databases are actively getting used in modern architecture.

Many organizations are migrating traditional large data stores to data lakes consisting of files storage, NoSQL databases, and SQL databases for storing and later used for mining and big data analytics. It's important to include Cloud DB services in target architectures given their implicit stability, performance, availability of new-age tools, analytics solutions, and their cost-effectiveness.

NoSQL vs Relational Databases: When to Use What

Why Investing In Cloud Engineering Is Good For Your Company