Last week, we addressed basic practices and tools of remote agile with distributed teams. Based on that article, I also ran a live virtual class, the recording of which will be made available soon on the Age-of-Product’s Youtube channel. This follow-up post now delves into virtual Liberating Structures, answering the question of how we can make use of the powerful toolbox of inclusive and collaborative practices in a remote setting. 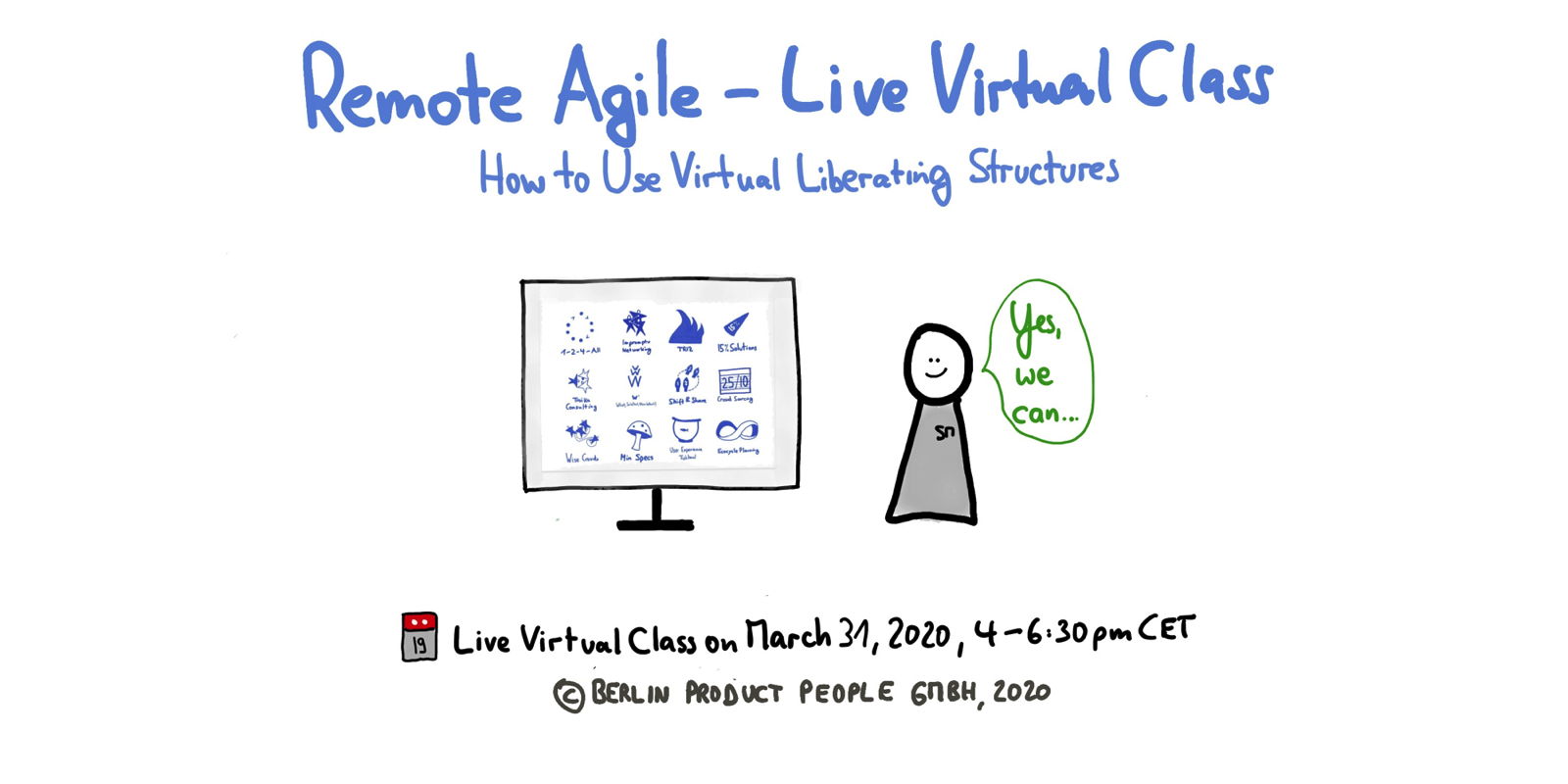 Created by Keith McCandless and Henri Lipmanowicz, Liberating Structures cover a set of easy to learn, yet powerful ways to collaborate as a team — even as a (very) large team by Scrum standards, overcoming traditional communications approaches like presentations, managed discussions, or another disorganized brainstorming at which the loudest participants tend to prevail.

Generally, Liberating Structures are well suited to improve the level of engagement among participants of Scrum events, thus stimulating the kind of outcomes that are necessary to create learning organizations. Liberating Structures also provide an excellent toolbox to handle Product Backlog refinements or improving the Definition of Done of an engineering organization.

Moreover, Liberating Structures are a great tool when peers come together to jointly figure out how to improve as an individual as well as a professional.

In this article, I revisit most of those microstructures and provide initial thoughts on how to use them as virtual Liberating Structures.

Liberating Structures are developed by Henri Lipmanowicz and Keith McCandless and are licensed under a Creative Commons Attribution-NonCommercial 4.0 International License.

What experience have you made with applying virtual Liberating Structures? Please share it with us in the comments.