Users have to explicitly grant permissions to iOS and Android apps so the apps can have access to a user’s personal and private data.  The two mobile operating systems have in the past differed regarding when the app permissions are requested, i.e. upfront during download and install or during runtime.  However, Android is also progressing in the direction of explicitly requesting permissions when needed at runtime, similar to the permissions request model of iOS.

Apps request permissions either during install (Android only), upon first app start or at runtime as and when each specific permission is needed.

Permissions can be reviewed and changed in the Settings app in iOS (under Privacy). iOS 10 screenshots shown: 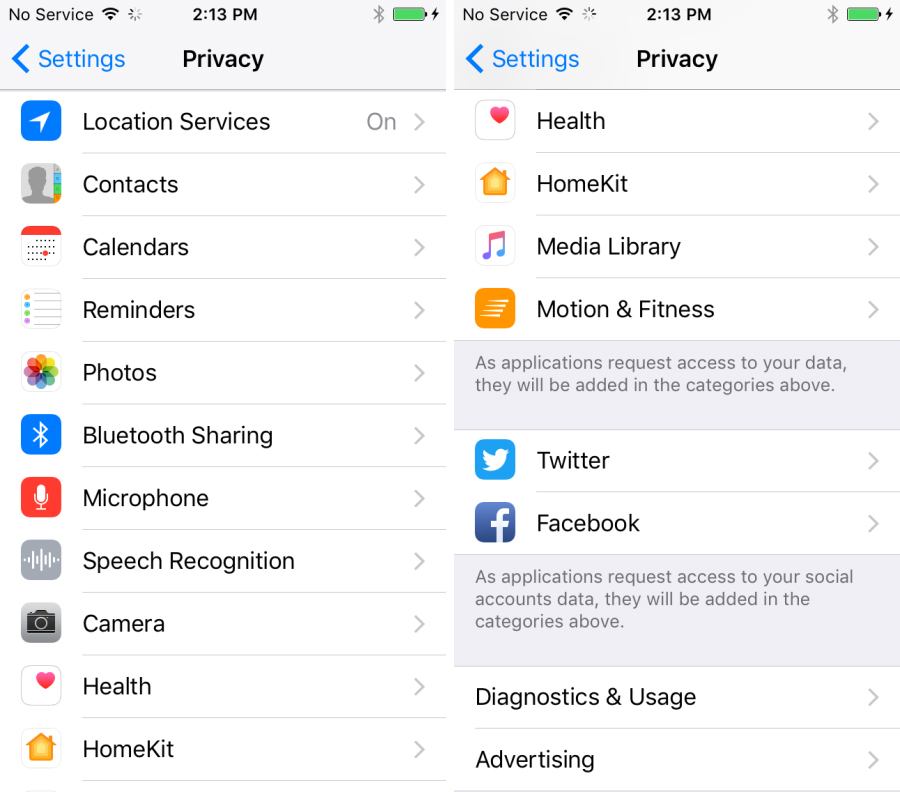 Permissions can be reviewed and changed in the Settings app (under Privacy and Safety on Android M onwards).  Android 7 / Nougat screenshot shown. 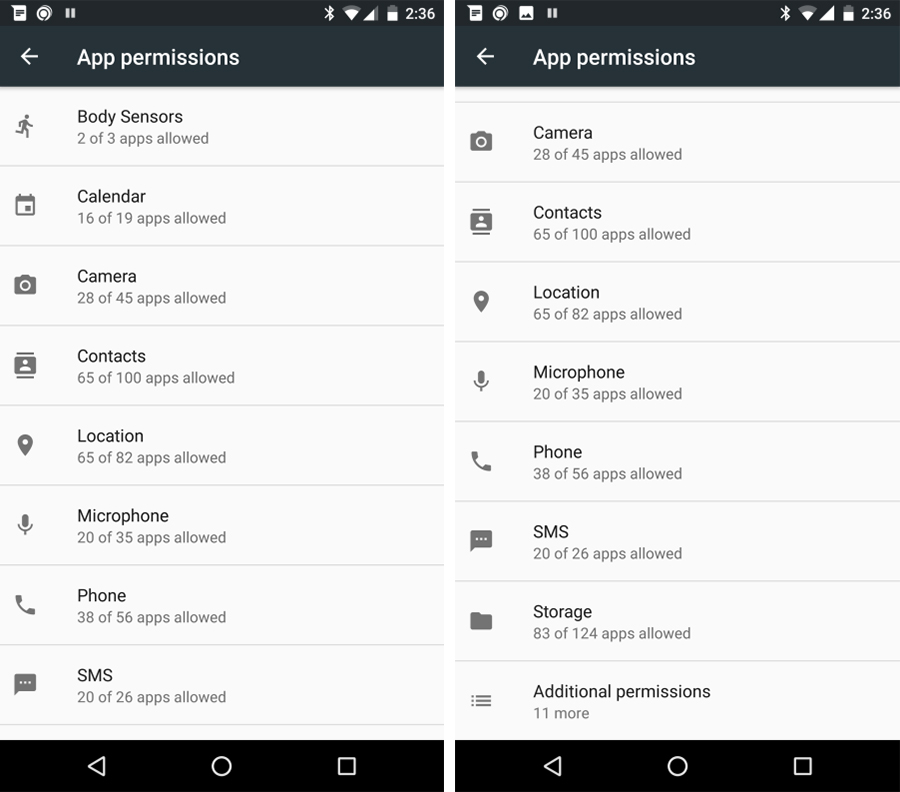 What Constitutes Private and Personal Data?

On iOS permissions should be requested at runtime as and when needed. However, for some apps it makes sense to ask the permissions upfront.  For example, a simple contact de-duper utility app needs access to contacts before it can look for duplicate contacts.  It could show a screen explaining the apps’ function and request the permission interactively on first launch.

On Android, historically permissions are embedded in a manifest file and displayed to a user when the user is downloading the app from the Google Play app store.  However, permissions can be requested during runtime as and when needed, when a device is running Android 6.0 (Marshmallow), and for apps targeting SDK 23 and higher (i.e. targetSdkVersion is at least 23).  There are some considerations however:

Considerations When Asking for Permissions

There are a quite a few considerations when asking for permissions that we are listing here for app publishers.

Similar to how In-app purchase are listed on the iOS app store, and available to users before downloading an app, app stores should list the permissions required by apps in an end-user consumable way.  Google Play does list permissions an app requires but does not list the explanations from app publishers.

App publishers should clearly explain what value the user gets by providing personal information to your app. 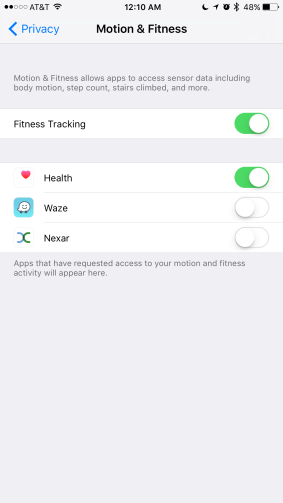