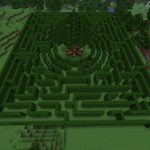 earlier this year, microsoft announced that they would be opening up the hugely popular virtual game environment minecraft for scientific research. they launched minecraft aix to utilize the platform for research into areas such as ai.

the platform was developed at microsoft’s cambridge lab and allows researchers to use the minecraft environment to test out their theories and, hopefully, therefore make progress in the field of ai.

one of the first examples of this in practice was unveiled in a recently published paper whereby scientists put ai algorithms through their paces in minecraft constructed mazes.

mazes have long been used in behavioral psychology as researchers tested the ability of rats and mice to remember things and learn new pathways, with a particular emphasis on reinforcement learning. with this approach receiving particular attention in ai work, it is perhaps no surprise that virtual mazes should be used to put ai through their paces.

in real-world experiments, mazes have to be limited in their complexity to ensure that experiments can be replicated. of course, no such limitations exist in minecraft.

rather than rats, however, the beings put through their paces in the minecraft mazes are artificial intelligence creations.  the aim is to test the ai in environments that more accurately reflect the uncertain and often fuzzy nature of the real world.

such environments are difficult to create in the real world, but minecraft offers considerable opportunities to do just that.  the team created a bunch of challenging mazes for their ai to try and crack, and you can see the algorithms in action via the video below.

the mazes are designed to ensure that the algorithms are heavily tested, with various rewards offered for the successful completion of a task. by building the mazes in a virtual world, they also ensure the replicability of the tests, and hopefully therefore the robustness of the results.

the initial results suggest that the best performing algorithms are using deep reinforcement learning with a side helping of additional memory that is formed from the context within which the algorithm finds itself.  it’s a break from most current systems and suggests a useful level of progress.

it’s probably the best example of how the minecraft platform can be used for ai research thus far, and the team suggests that it will be a fertile testing ground for any future ais they develop too.

“in future work, we intend to take advantage of the flexibility of the minecraft domain to construct even more challenging cognitive tasks to further evaluate our architectures,” they conclude.