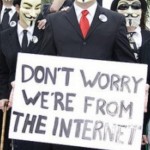 The social web has given researchers huge amounts of data to play with, and there are a number of projects that have highlighted the predictive capabilities of mining this treasure trove.

Recent research, which has been expanded into a book, explored how our digital activity can be used to track, and even predict, the rise of social and political movements.

On the Digital Trail

The researchers suggest that there are tiny acts of political participation that, when viewed collectively, provide us with clear clues as to why movements or campaigns snowball into something significant.

Interestingly, the personalities of those involved were more influential than either the charisma of the leader or even the demographics of the follower.

The analysis revealed a number of fascinating nuggets.  For instance, an online petition needs to gain a large number of supporters within 10 hours if it isn’t to flop, with 97% in the UK failing to attract 500 signatures, and less than 0.1% reaching the threshold to trigger a debate in parliament.

A similar trend was noticed in other areas of political "activism".  For instance, a tiny proportion of tweets or Facebook posts actually achieved any degree of success.

So was there a trend behind those that went on to bigger things?  Well, it seems that movements tend to snowball, with each "amplification" depending largely on the personalities involved.

It emerged, for instance, that we tend to respond differently to what others are doing online.  The team suggest that modern activism, such as retweeting or liking something, relies less on traditional indicators such as age or socioeconomic status.

Instead, the extraversion of the individual was found to be a key factor in either starting or being an early joiner of collective action.  Such people were happy to jump in even if the chances of success were far from clear.

More agreeable types tended to wait before a movement gained a degree of support before pitching in.  Likewise, if someone was defined as pro-social (i.e. they are motivated by concern for others), then visibly lending support via online platforms was a turn-off, which was the opposite of those defined as pro-self (i.e. more individualist personalty types).

The authors suggest that, despite traditional challenges in analyzing such complex systems, political mobilisations can indeed be analyzed scientifically, via the billions of data points generated by a campaign.

“If the time is right, political movements made up of millions of tiny acts of participation can now succeed without the trappings associated with political causes of the past, such as a charismatic leader or a political organisation. That makes politics unpredictable, unstable and often unsustainable, one of the reasons why recent uprisings and revolutions have been short-lived. But we can use the data they generate to increase our understanding of today’s political world through experimental methods, mathematical modelling and machine learning. Big data and data science are not just for retailers analysing their footfall after Christmas. We should use the same techniques in pursuit of democratic understanding,” the authors say.