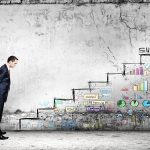 the past year has seen a number of projects emerge to try and help decipher whether a startup has what it takes to grow into something substantial.

i wrote about one such project earlier this year. the project, called test4startup , uses an algorithm that was developed in conjunction with a university professor to supposedly test the prospects of a startup idea.

or you have french company early metrics, who are like a ratings agency for startups.  they aim to examine a number of key factors before providing a single measure to highlight their potential.

the latest effort comes from a researcher at the university of texas at arlington, who utilizes big data analytics to improve the market intelligence we have around startups in the tech world.

“industry giants like google, microsoft and yahoo are spending tens of billions of dollars a year on acquiring smaller firms for market entrance, strategic intellectual property and talented employees, but face a real challenge identifying companies with the right products or technology in the vast startup universe,” the researchers say.

“our new approach uses big data analytics and a text-mining technique called topic modeling to identify potential matches,” they continue. “by analyzing unstructured, publicly available descriptions of any startups’ business, we can quantify any two firms’ business, geographic, investor and social proximity and from there identify potential targets for mergers and acquisitions.”

the researchers have boiled their findings into a new company, called topic technologies , which uses their model to provide market intelligence to clients in the high-tech world.

the model was initially based upon publicly available information from crunchbase, with data from some 24,000 privately held companies mined from the site.  the database contained the location of the headquarters, the industry sector, cofounders, key employees, board members, any investments they’d received and a description of each business.

the team used topic modeling to analyze the language used in these descriptions to determine the proximity of each startup to other companies.  this proximity rating, alongside factors such as location and social ties between key staff, was then used to gauge the possible success of any merger between two companies.

“this data-driven, analytics-based approach has proved effective in explaining mergers and acquisitions in the startup world and complements existing toolkits for measuring business proximity,” the researchers say. “our system is particularly appropriate when the firms under study are small and privately held so industry classification in largely unavailable, which is the case for startups.”