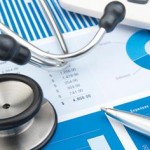 open health data promises much, but there remain considerable challenges to be overcome if those benefits are to be achieved.

a fresh project by researchers at imperial college london is aiming to develop tools that make sense of the vast amounts of data generated by the healthcare sector and helps to support better clinical decision making.

“a long-term aim is to have a health system where clinical interventions and improvements in national public health strategy are intrinsically linked to the benefit of patients,” the team say.

the project will see new mathematical tools developed to try and make sense of the huge amount of healthcare data available.

the researchers will deploy network-based methods to try and make the data intelligible and useful for healthcare professionals.

the potential of big health data has been widely talked about, with the combination of socioeconomic, lifestyle and patient data giving a much richer picture of a person’s health.

“using population data on its own is useful in the context of a disease outbreak, for example, but to treat an individual well, we don’t just need to look at their current health concerns; we also have to see the bigger picture of their life and community, as well as their progression in time,” the team say.

the team hope, therefore, that maths could be used by the health service to make individual health decisions based on a wider, contextual understanding of the health of that persons community.

it can also help policy makers to produce more effective public health campaigns, and the group will be testing this out by engaging with the public via platforms such as twitter.

with an increasing number of patients having their genetic data available, it offers a tantalizing vision of precision healthcare that is targeted specifically to the individual.  work, such as this, needs to be done to help health providers make better sense of the data at their disposal however.

“a long-term aim is to have a health system where clinical interventions and improvements in national public health strategy are intrinsically linked, to the benefit of patients,” the researchers say.

the project is part of a wider initiative by the epsrc to create a number of centres to use maths to tackle a range of health issues, including cancer and heart disease.

the facilities, known as mathematical sciences in healthcare research centres, have been given £10 million to support their work and hopefully give doctors the tools to make better, faster diagnoses.