It's been to years ago, I've released my own project - Trackyt.net. Month ago I've cancelled my VPS lease contract, so your would not see it available at http://trackyt.net anymore.

This project is first attempt to release something. I had some pet projects before, but never ever made them done. Trackyt.net started as simple application to learn some JavaScript programming and HTML. It turns out to be much, much, much more. Even it seems to be very simple, but I've spent a lot of energy on it. 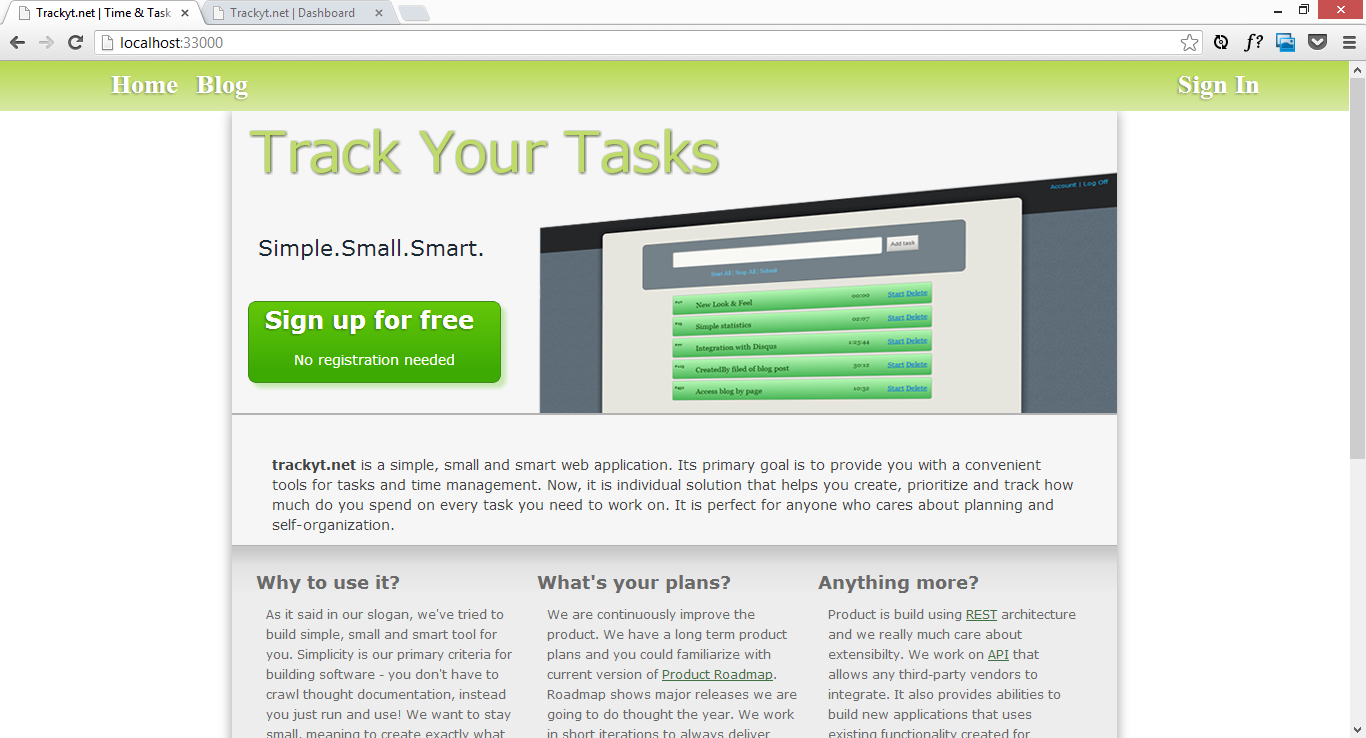 The product did not gather any meaningful amount of users neither good amount of traffic. For almost 2 years I was investing money/time on it. So, from the first sight it might appear as failed project.

Any kind of business should be evaluated in terms of assets. It's not necessarily means money. Or more correctly, it does not meant "direct" money. I had no paying customers and I actually never thought to sell the product. But, I can prove it - every hour I spent on the project got back to me as value. And the most valuable asset for developer is skill, of cause.

Concluding this, I would say - Trackyt.net changed the things radically. I've became a speaker on KievALT.NET and UADevClub communities, my blog received an MVB status, I improved my skills and knowledge and I do trainings and consulting. Basically, I've "rebooted" developer inside me and saw my way of constant learning and improving.

Looking back I definitely say - it was only possible because of Trackyt.net. Without any doubts, that was the most successful project to me!