hi there, i am back with one more episode of uncut & unedited. this is episode number 21. and my guest on this show is – a big celebrity in the it world – a celebrity at least for me. he is none other than the legendary richard campbell. 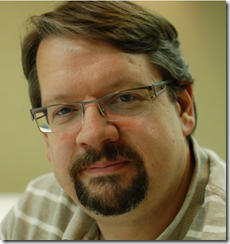 richard is well known for one of the famous podcast that he co hosts with carl franklin. the podcast is named “.net rocks” – it’s a  internet audio talk show for .net developers.

here is what dot net rocks is all about:

.net rocks! is a weekly talk show for anyone interested in programming on the microsoft .net platform. the shows range from introductory information to hardcore geekiness. many of our listeners download the mp3 files and burn cds for the commute to and from work, or simply listen on a portable media player.

here is a little bit of background about richard:

richard campbell is one of the co-founders of strangeloop networks and today serves as product evangelist, introducing the company’s unique story to advisors, investors, patent attorneys, beta-customer candidates, potential employees, etc. richard has more than 30 years of high-tech experience and is both a microsoft regional director and microsoft most valuable professional (mvp). he has consulted with a number of leading north american organizations; barnes&noble.com, dow chemical, johnson & johnson health care services, reuters, subaru/isuzu and the u.s. air force.
in addition to speaking at conferences around the world, richard is co-host of “.net rocks!, the internet audio talk show for .net developers” and the host of “ runas radio , the internet audio talk show for it professionals.”

i was fortunate enough to catch up with richard campbell when i went to telerik insiders meet in the month of january which was held at orlando florida.

here is the usual 5 questions to richard that i put across during the interview:

here is the interview video:

i had an absolute fun and excitement when i was doing the interview. richard is a veteran in the industry with over 3 decades of experience. i also had the opportunity to visit kennedy space center – orlando, with telerik insiders and richard. i was surprised to see richard’s knowledge on rockets. kennedy space center has a rocket garden and he was able to tell us each and every rocket in there – when it was used and when it was retired and what does it made of. thanks richard for an wonderful guide.

till next time, as usual – happy coding. code with passion, decode with patience.