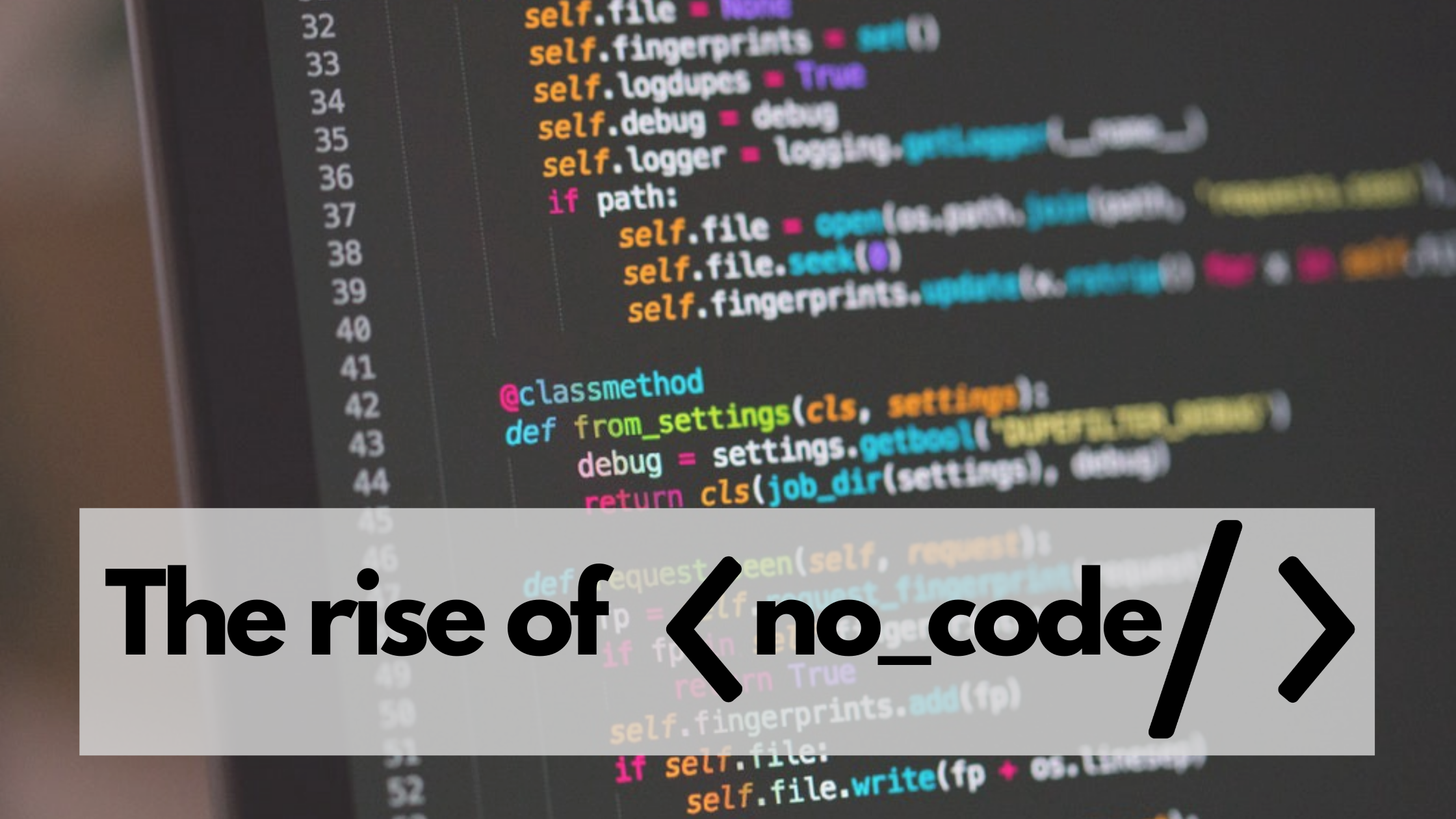 Ten years ago, traditional data centers dominated the infrastructure space. Today, we have no-code IaaS, where you can build an entire infrastructure, without the chaos of code. What was considered an impossible endeavor, has come to become the standard of operations now. The growth and adoption of no-code platforms in every field have accelerated innovation — because you’re skipping the most time-consuming part of the process. How did we make the shift from data centers to the public cloud, what led to this rise of no-code? The principle of abstraction.

The Rise of No-Code: Abstraction

Every process gets abstracted with time. Amazon Web Services entered the cloud space and abstracted hardware and networking. This was revolutionary. Instead of having to install and manually configure software bundles to build out your infrastructure, they gave you building blocks — that you simply had to combine or assemble. So every public cloud picked up this principle and created comprehensive building blocks for every process.

Now, programming isn’t just limited to programming something, it involves planning, testing, debugging, deploying, and maintaining it; which is all manual. A software your team develops will always be in need of updates, patches, debugging, and more. Things pile up, new features are added, and later new projects are picked up. When your solution to all of this is even more programming, the work begins to overwhelm you.

This process of abstraction, allows you to have standardized flows or entities, arranged differently. A lot of software processes are repetitive and can be made consistent (converted into building blocks). So your developers are not wasting their time doing repetitive tasks, which would much rather be put on auto-pilot. We’ve seen this come into play not just in infrastructure, but website development (Webflow), data integration (Parabola), app development (Bubble), or just a collection of no-code automation tools and templates (Makerpad).

The Skepticism With No-Code

Since it’s an evolving concept, not everyone may outrightly accept no-code, at least not until it becomes a norm. There’s usually a mandate for a no-code creator to be a standard creator in the space (like AWS) — until then there will be skepticism. We see no-code adopted by startups and smaller enterprises that are keen on agility. Some might use it to quickly prototype apps, but not actually use it in production.

What Is a No-Code Development Platform?

No-code platforms offer a new abstracted or simplified layer to develop something substantial underneath. The interface would give users tools and methods such as drag-and-drop, assembling components, workflows, etc. No-code not only enables faster development phases but reduces the depth of the knowledge required to work on certain projects/teams.

So you’re able to streamline a process, chart out what needs to be done or built, and the process is taken care of. Businesses are already opting for such solutions for their development. If they’re skeptical about going completely no-code, low-code platforms are seeing increasing usage.

The Journey From Code to No-Code

When the shift from traditional data centres to cloud took place, there was initial resistance — the preference was to just buy or rent servers that could run their software. There was reluctance on account of whether such a solution was feasible and secure. Then came the question of cost. And then the doubt about its scalability. We saw this with the adoption of cloud and we see it across any new technology. Once it becomes a new standard, it becomes used widely, across environments and stages of a company.

But the advantages of no-code are becoming evident because of the drawbacks of traditional scripting. It’s chaotic and time-consuming, and increased workload and complexity result in a reduction in agility. There’s also the struggles of human error and a knowledge gap. A dedicated no-code platform becomes a standard for development, replacing these issues.

A couple of trade-offs you might have to make while leveraging no-code could be the lack of agency over security concerns and the fact that you don’t own the source code. However, these two drawbacks could be mitigated by choosing the right providers and being careful with what application you choose for no-code development.

The Journey From Code to No-Code

There’s No Time-Cost Trade-Off. You Save Both.

No-code platforms can save your operational costs in two ways. Development time and manpower. Recruiting talented developers is an expensive ordeal. The standards for developers are constantly rising. So no-code brings in an easy-to-use approach with minimal knowledge. This way, your more capable developers can continue to focus on high-priority tasks.

The time factor is even more significant. What took you weeks is now possible in minutes, or a few hours. With a shorter development and testing period, the productivity increases, and your overhead costs go down significantly.

Change, Adapt and Modify — Without Starting From Scratch

Native programming is not easy to modify. Code modifications usually take up time and have to follow strict lifecycle policies before it is even made possible. The very decision to make changes takes time. No-code platforms allow for quick modifications that don’t halt the development of the overall app. As long as the logic for your changes works, you have all the means to make it happen in a few hours.

They’re Becoming a Trend, and Rightly So

We’re innovating at a rapid pace, and it’s only right that we’re able to abstract processes to make it easier & faster to develop software. With hyper-automation in play, it makes sense to allocate the mundane and repetitive tasks to an automated software, instead of manual intervention. No-code started at the bottom of the technology stack pyramid, at the infrastructure level, and is moving upwards to give us no-code development of applications. The momentum also brings with it the possibility to wipe out jobs in each layer of the pyramid, but creates other types of opportunities.