Tens of thousands of security professionals and many hundreds of vendors came together at the massive RSA Conference in San Francisco last week for the largest enterprise cybersecurity confab in the world — and the general consensus was sobering. 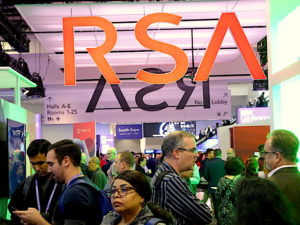 Bad actors have had the edge over enterprises – aka the “good guys” – for decades, and the only way to turn things around is to recognize a frightening fact: the way companies have been handling cybersecurity up to this point simply hasn’t been working.

Passwords don’t work. Malware signatures, like the ones that traditional antivirus tools use to detect malicious software, are woefully inadequate. Firewalls are more porous than ever. Patching software vulnerabilities is a losing proposition. The list is endless.

In other words, something has got to give.

The Three Dimensions of Cybersecurity Disruption

A multifaceted set of disruptions are driving cybersecurity risk for enterprises today. “The scope, the breadth, the depth, the sophistication, the diversity of the threat that we face now is like anything we’ve had in our lifetimes,” said Christopher Wray, director of the FBI. “Whether you look at the range of actors, from multinational cybersyndicates to foreign intelligence services to insider threats, hacktivists, you could go on and on.”

Organized crime in countries around the world has gotten into the cybercrime game. And then, there are the nation-states — with massively deep pockets and near-unlimited resources to mount what is no less than cyberwar against their adversaries.

And don’t forget the dark web, the massive online bazaar of varied malware, available for a price to all manner of petty and not-so-petty criminals.

Meanwhile, corporate and government attack surfaces have exploded. Everyone carries a smartphone, ripe for the hacking. The “Internet of Things” brings vulnerabilities to vehicles, smart city infrastructure, video cameras, and even baby monitors — with no end in sight.

To make matters worse, enterprises no longer restrict their personnel to protected office environments. Everyone from executives to the rank-and-file might work anywhere from a living room to a Starbucks halfway around the world.

The third dimension: the sheer multitude and diversity of attack methods is similarly staggering. “If you look at the range of attack methods, whether you’re talking about spear-phishing all the way to ransomware, botnets, DDoS attacks, you could go on and on and on,” Wray added.

For every type of malware that makes the news, tens of thousands go unreported – and they transform themselves all the time, presenting a continually shifting target. No part of the information technology infrastructure is immune, from the boot volumes on flash disks to the memory in virtual cloud instances.

Not only do traditional cybersecurity measures — from firewalls to anti-malware technologies to vulnerability patching regimens — fail to stem the flow of attacks, they’re dropping further and further behind.