Please refer to the previous article regarding how to create a project, Docker image, image stream in Minishift. In this article, we assume that the following things are already created:

The whole deployment can be divided into two parts, MySQL and the API Manager.

The important thing to note here is to create the ConfigMap named init-data. In the config map, we declare the database scripts to be volume-mounted at the /Docker-entrypoint-initdb.d location so that at MySQL container startup, the databases, as well as the tables, are created.

Here is the command to create the init-data config map.

We are creating the config map from a directory, kube-wso2/apim-mysql/mysql/scripts.

From the Kubernetes directory:

A Kubernetes Service is an abstraction which defines a logical set of Pods and a policy by which to access them — sometimes called a microservice. The set of Pods targeted by a Service is (usually) determined by a Label Selector (see below for why you might want a Service without a selector).

Note that in this service we are selecting pods with labels app: mysql.

And that's it. Execute the following commands to create the MySQL pod and service.

Once deployment is successful, you can see this in Minishift web console: 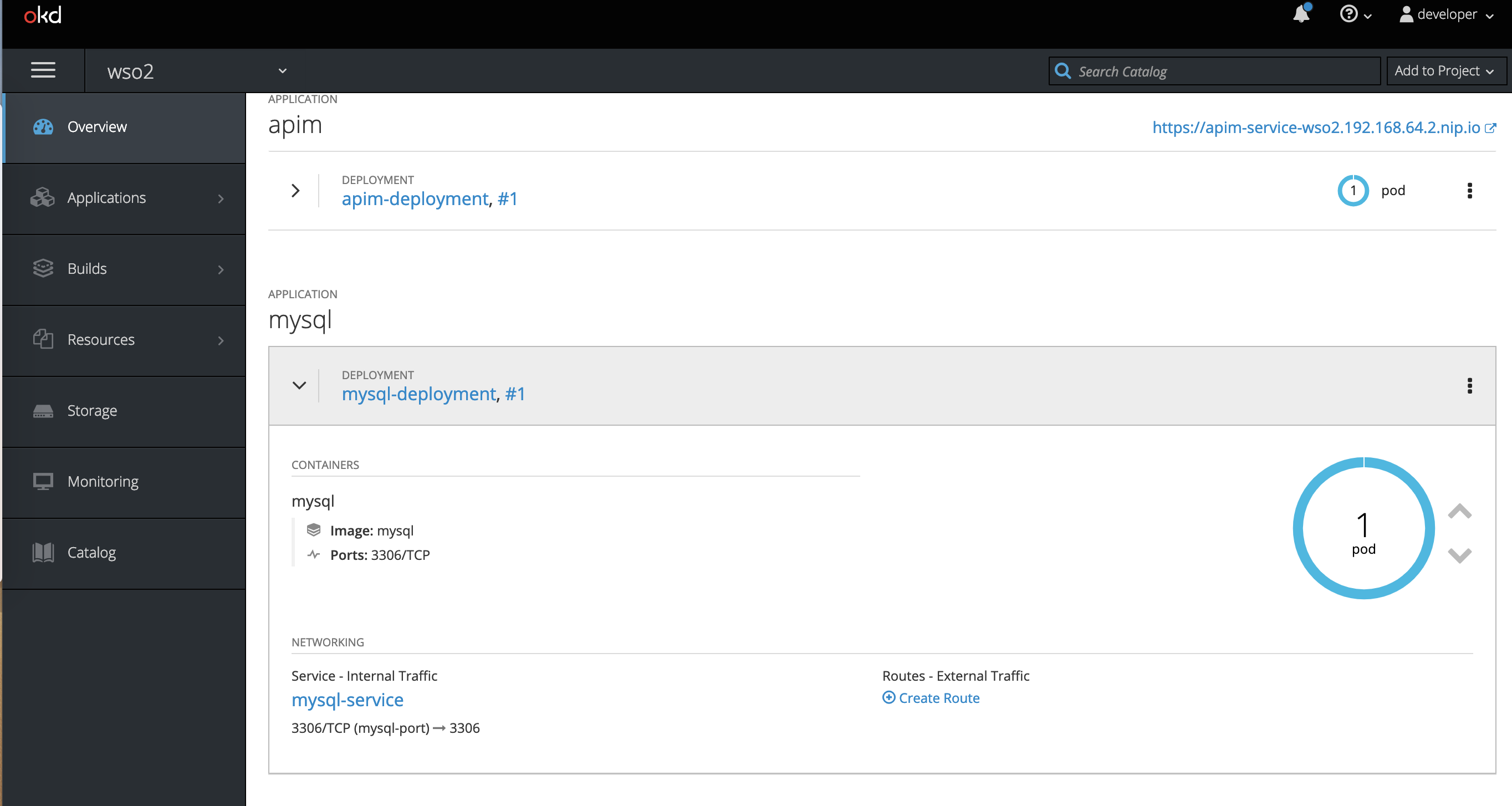 Note that this MySQL instance running inside the Minishift cluster is not accessible from outside. To do that, you have to do a port-forwarding. It's quite simple.

Here is the complete configuration file. Just some points I would like to make here. 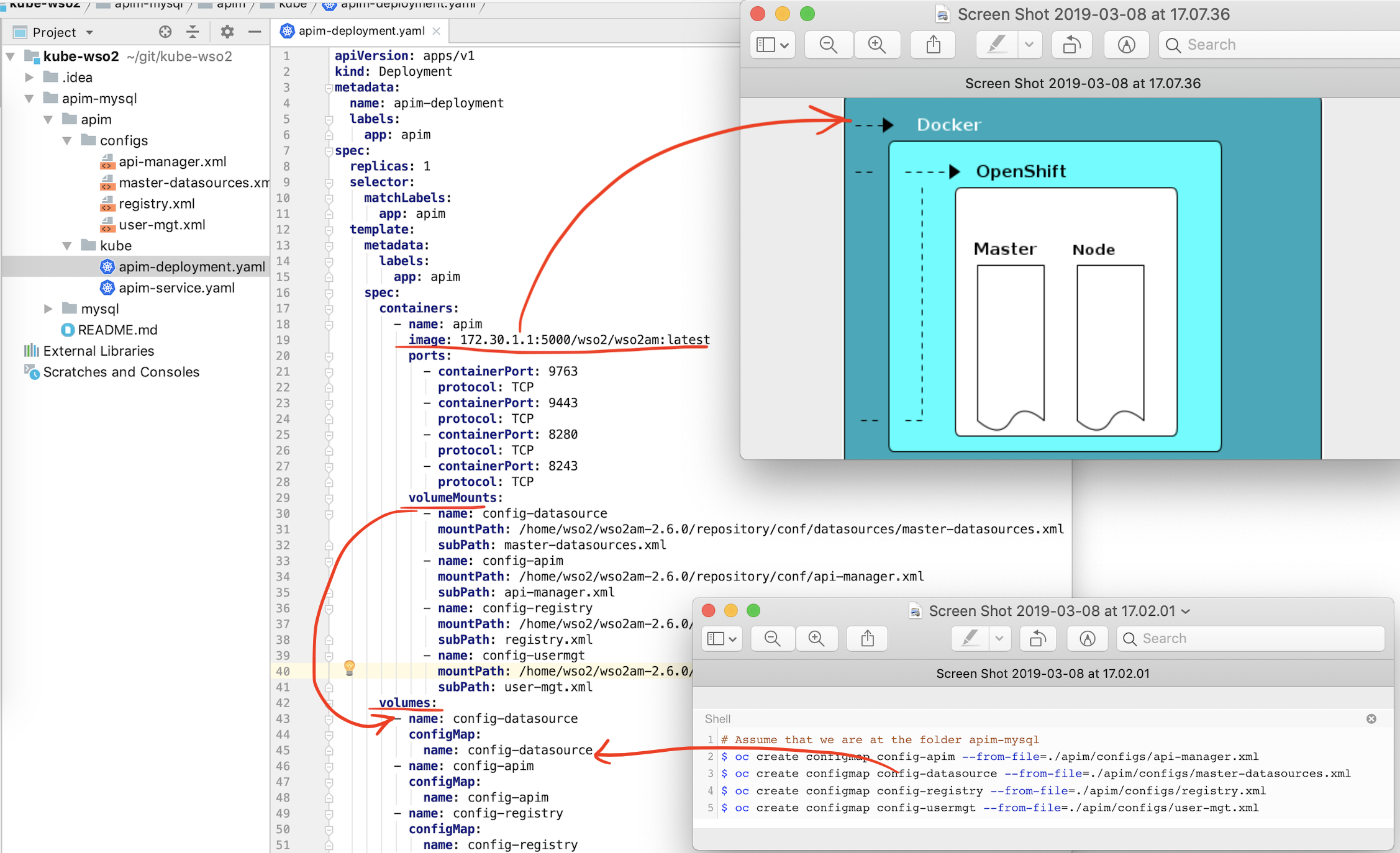 The Docker image of the WSO2 API Manager is being pulled from the internal Docker registry of Minishift.

We need to push some changes done in the following files: master-datasources.xml; api-manager.xml; registry.xml; and user-mgt.xml to the Docker image. To achieve that, we create config maps for each configuration file and mount them as volumes. Here are the commands to create the config maps,

One important thing is configuring data sources in master-datasources.xml.

Check that the database host is the name of the MySQL service we deployed in the previous section. It's accessible inside the cluster by its service name.

Here is the complete configuration file.

It's a simple configuration file exposing the ports. Note that in this service we are selecting pods with labels app: apim.

And that's it. Execute the following commands to create the WSO2 API Manager pod and service.

Once the API Manager pod and service are created you should be able to navigate them in the web console.

Now, create a route with passthrough HTTS security as shown in the previous article and you should be able to access the WSO2 API Manager.