Apache Airflow is a wonderful product — possibly one of the best when it comes to orchestrating workflows. Airflow supports different executors for running these workflows, namely LocalExecutor, SequentialExecutor, and CeleryExecutor. Out of these, only CeleryExecutor supports the distributed execution of these tasks. A typical multi-node cluster setup using CeleryExecutor looks like the following and here is an excellent resource explaining the setup. 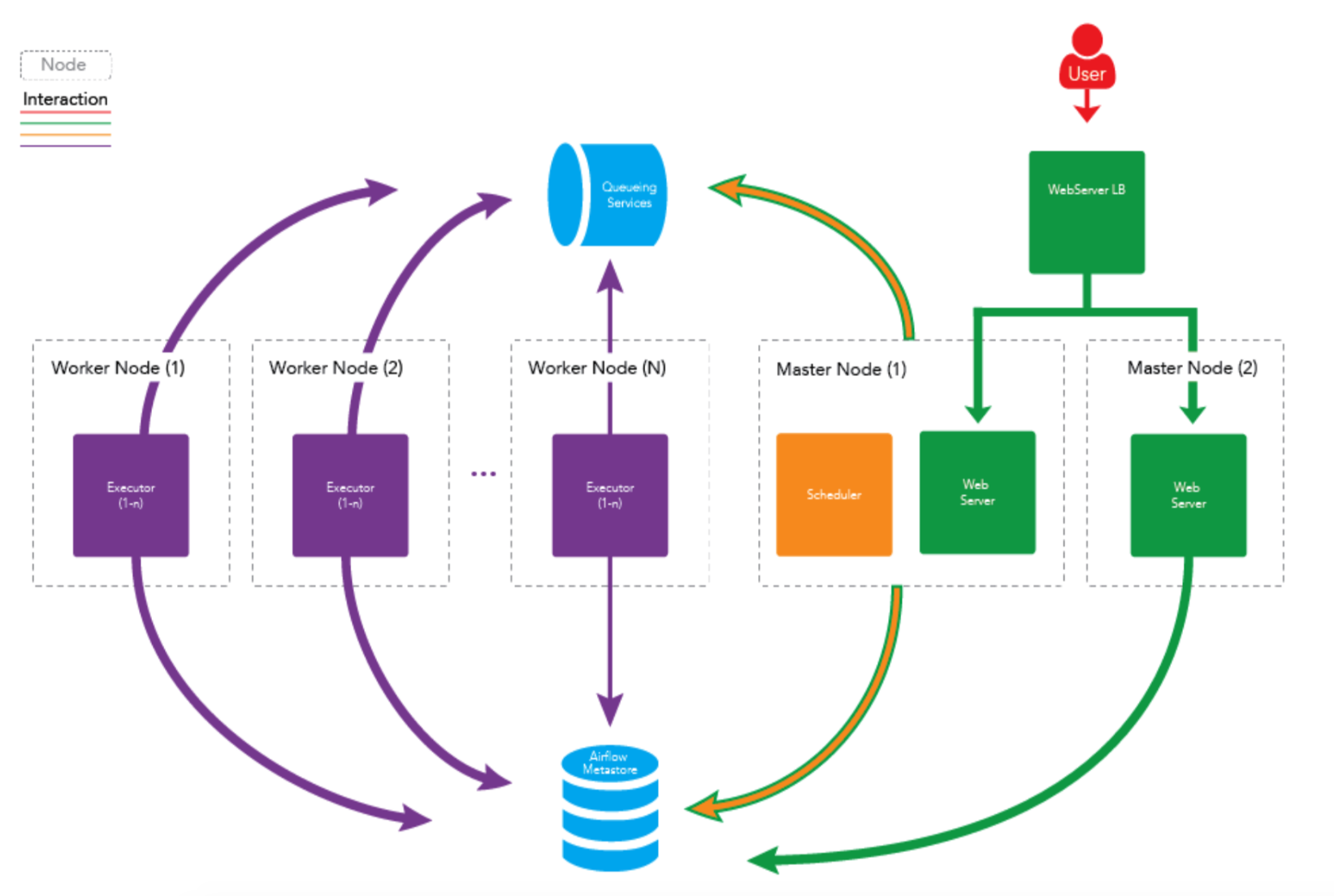 There is one more community-contributed Executor that allows us to run Airflow tasks on Apache Mesos: MesosExecutor. This executor basically allows Airflow to be registered as a framework alongside others in Mesos. What that means is that as the Mesos slaves become free, they are offered as "resource offers" to one of the registered frameworks by the Mesos Allocator.

With Airflow running on Mesos, the whole deployment architecture looks like: 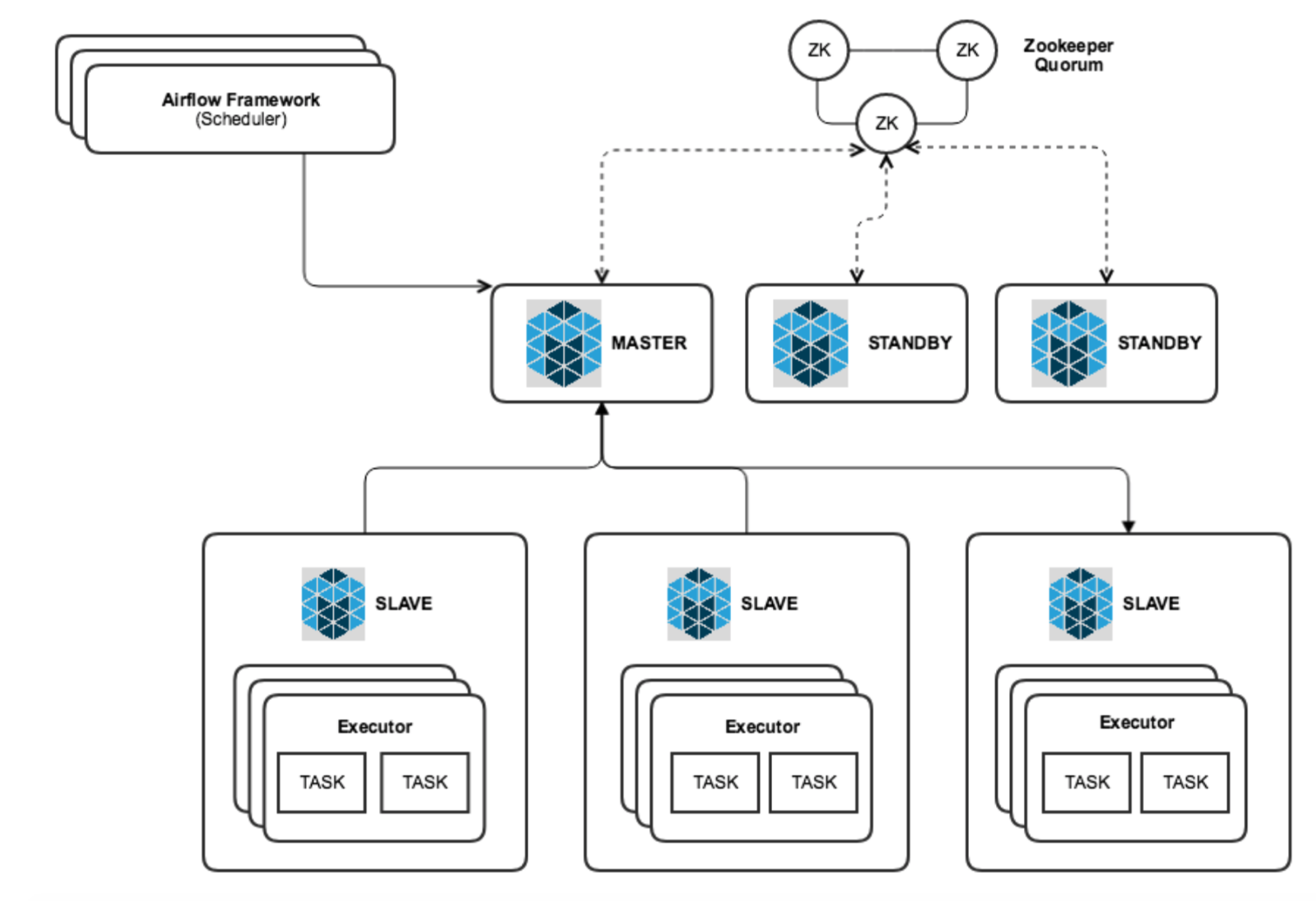 This is how it works:

There is just one issue that I see with Mesos Executor: it assumes that the Mesos slaves already have Airflow installed on them so that they can run those commands, which are actually Airflow commands. IMHO, this goes against the Mesos philosophy, which advocates for a heterogeneous cluster running different types of jobs as opposed to having separate clusters for running Hadoop, Spark, or Airflow jobs.

Since Airflow is written in Python, it uses the Python bindings for Mesos (AKA Python eggs for Mesos). Previously, these eggs were directly downloadable from Mesosphere, but they don't seem to be available for direct download now, so the workaround is to build Mesos for your platform and then extract the eggs from the installation and put them in your Docker for Airflow. A small script to achieve this fetching and then installing them looks like:

Note that mesos.cli and mesos.interface are installable via pip but at the time of this writing, other bindings need to be installed as eggs using easy_install.

Once this is out of the way, you can now use MesosExecutor and run the Airflow tasks on Mesos slaves easily.