The United States Patent Office published a patent yesterday, filed by Salesforce, for an email messaging system designed to filter spam. This system uses a blockchain to "ensure integrity of message delivery," as the filing states. 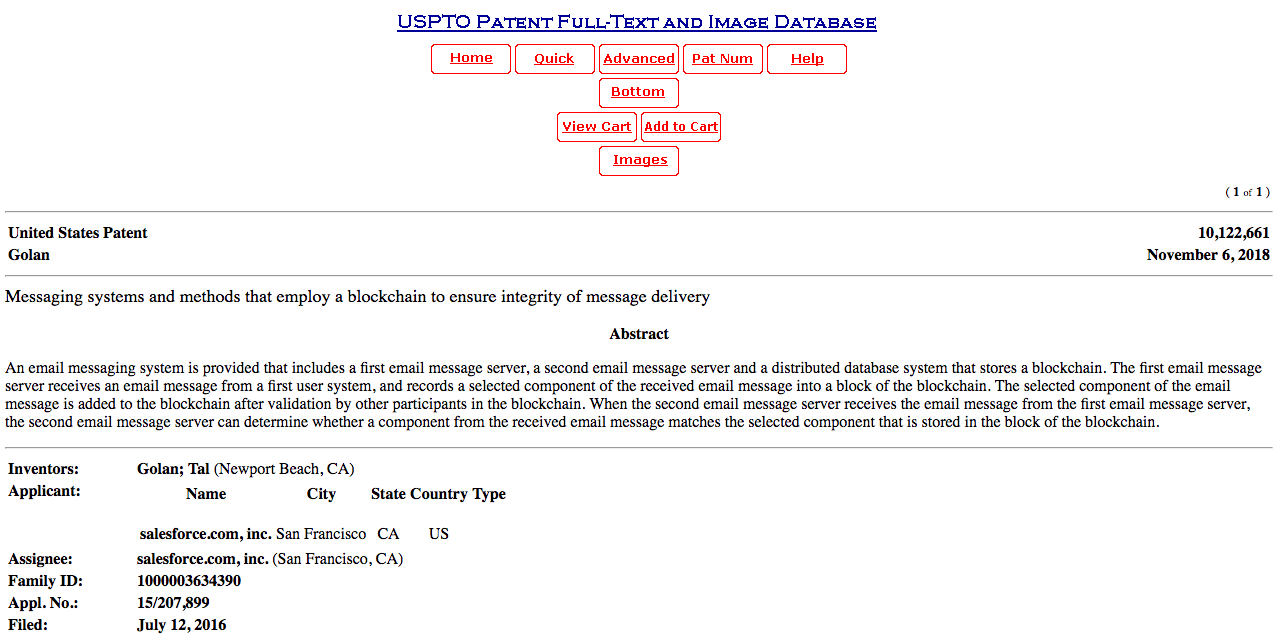 The customer relationship management giant Salesforce has indicated its interest in blockchain before, according to blockchain news source Coindesk. Salesforce CEO Mark Benioff shared in March that he wanted to create a strategy to integrate blockchain technology and cryptocurrencies into the company's platform. He also revealed that Salesforce had plans to roll out a product involving blockchain sometime in 2018.

The patent published yesterday describes a system that uses two email servers and a distributed database with a blockchain to verify that an incoming message was sent from a legitimate source. Then the source is recorded on the blockchain.

Salesforce COO Tal Golan, named as "inventor" on the patent, tweeted his excitement that it was finally granted. The application process started in July 2016, according to the Patent Office's document. 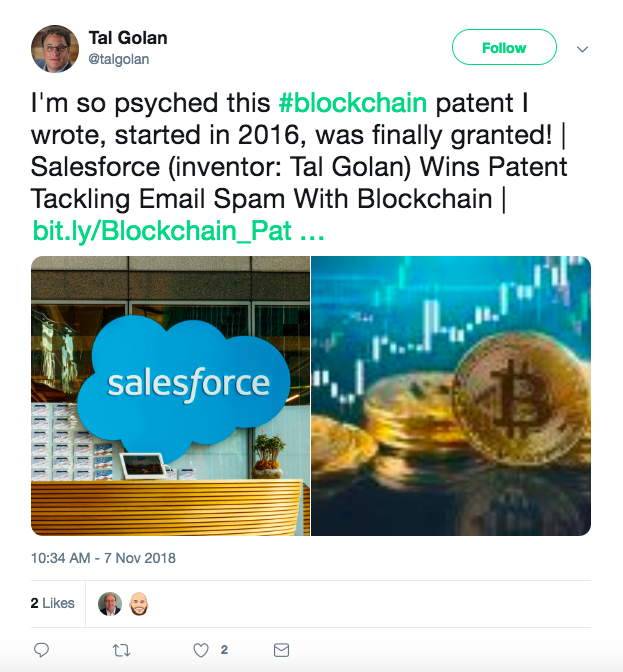 This patent is only the latest in a surge of blockchain-related patents filed by companies in the U.S. this year. Blockchain news source Cointelegraph reports that IBM applied for 89 blockchain patents before Aug. 31, and Alibaba applied for 90.