yes, that's a bold statement, but i've waited 13 years to be able to say it.  if you've followed my blog or have heard me speak about javafx, you know that i was disappointed with the browser wars in the late 90s that fragmented and slowed down the ubiquity of the java virtual machine.  instead of writing rich-client java applications, the last 13 years of software development has largely consisted of trying to make browsers do what they were never designed to do.  if i may speak plainly, the result has been applications that consist of a big mess of varying flavors of javascript, html, etc. that leave developers overwhelmed and users underwhelmed.

according danny coward of sun, in less than ten days from now version 1.0 of the javafx sdk will be released .  javafx sdk 1.0 (with the support of java se 6 update 10) will make rich-client java a reality.  it is my opinion that this release will be a tipping point in software development that will play a big part in restoring sanity to rich internet application development.

if you are wondering what practical steps you can take to leverage this seismic shift, here are a few that i would suggest: 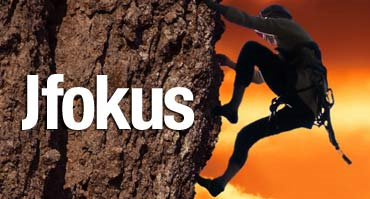 by the way, my first speaking engagement after this release will be at jfokus in stockholm, sweden.  i'm going to do a 3.5 hour university session as well as a conference session.  if you're in the area, please do attend!