It's not uncommon for me to call my product manager over to my desk half a dozen times on a given day to look at what I'm working on. To speed things up, I decided to start IMing him screen shots instead. Here is a BASH script that builds on Drjnet's excellent script, but which also allows you to select just a small region of your screen to capture.

Note the sleep; that's important to get around a race condition between scrot and your window manager for access to your mouse/keyboard.

To install as a keyboard shortcut (I have mine bound to Windows + PrtScr), just launch the "Keyboard" app in Ubuntu, and add it under Shortcuts -> Custom Shortcuts. 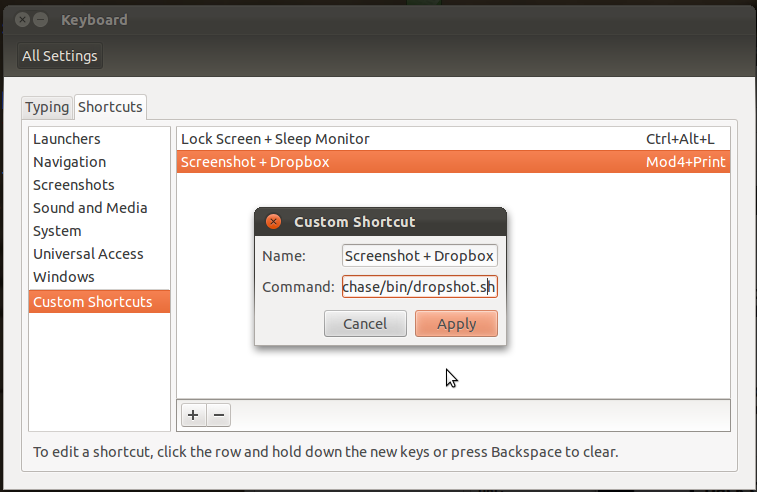