When data that needs to be processed grows large and can’t be contained within a single JVM, AKKA clusters provides features to build such highly scalable solution. This is an involved article since it touches many aspects of distributed computing. Please prepare to spend a good amount of time on the article, refer to the external links mentioned for a full understanding of each sub-topic and download and play around with provided AKKA initializer/util library to get a deeper understanding of the topics. The provided initializer library is annotated with good documentation that provides contextual meaning while going through the code.

The actors are the building block in AKKA. By using the AKKA cluster sharding technique, the actors can be created in one of the many available nodes within an AKKA cluster. The messages targeted for the cluster sharded AKKA actor gets routed using a sharding algorithm applied on the incoming message. Each cluster sharded actor, in many cases, represents, an Aggregate[root] from Domain-driven design (DDD).

AKKA persistence module can be used further to enable developers to create stateful actors, and the actor state gets persisted (event/command sourcing) and can be recovered during an actor or node failure. The above cluster sharded actor can be configured with AKKA persistence for resiliency.

The purpose of this article to combine the set of technology listed in the introduction section. The article provides users with a reusable akka-initializer library that is built using this technology stack. Putting these libraries to use is not a trivial task; the article aims to simplify this activity. The akka-initializer library could be used to implement micro services based software or build large distributed systems.

Later part of the article takes an arbitrary use case example from banking domain. The example falls into the Complex Event Processing (CEP) domain. The article demonstrates a reference implementation of how to build a highly scalable and resilient CEP solution using the provided akka-initializer library and ESPER

Akka-initializer library comes out with a set of a few additional following features:

AKKA actor basics: AKKA actor supports asynchronous message processing at its core. Each processing logic is represented as an actor and actor has a mailbox associated with it. Messages are send to the actor via mailbox and they are delivered in the order its received. These in-memory message boxes are created automatically by AKKA framework. Actors can be local actor, remote actor or in actor running inside an AKKA cluster. See Figure below.

Multiple actor system nodes can be combined to form an AKKA cluster as shown in below Figure. This way actor system scales to multiple machines. 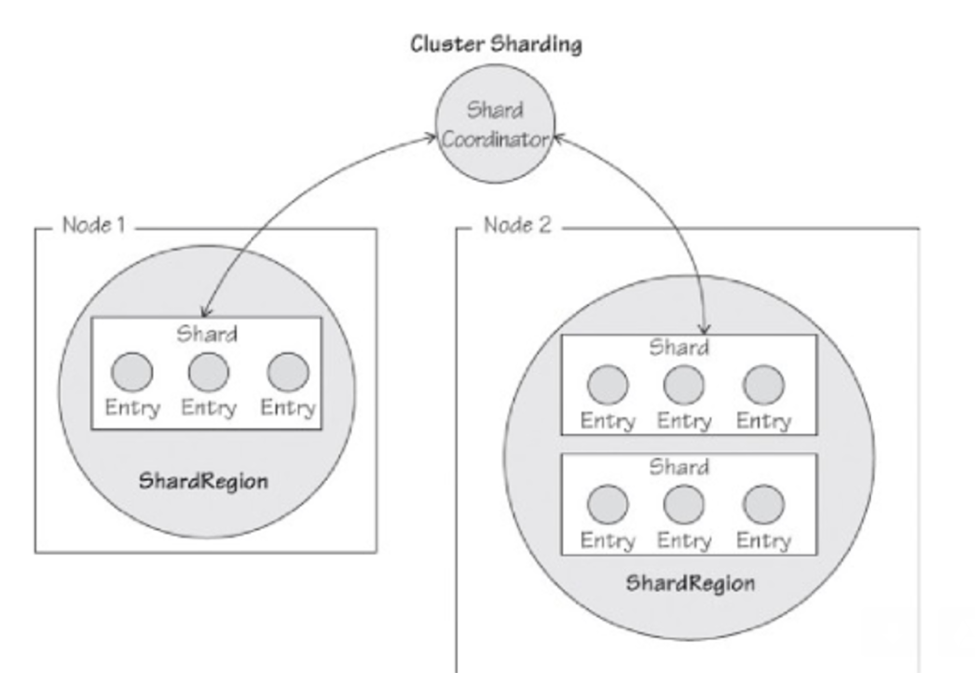 A shard-region extracts the shard and entity id to dispatch the message to the right sharded-entity actor. 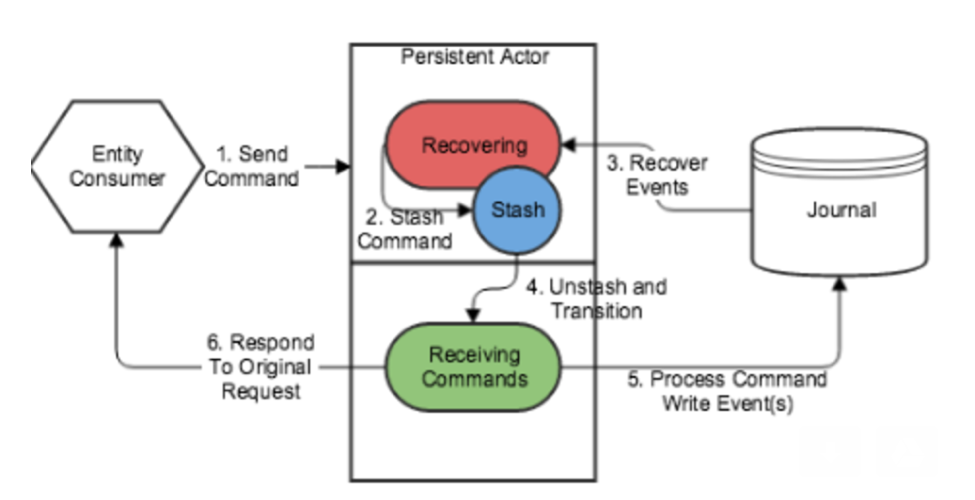 As stated, the later part of the article showcase how to implement a banking domain CEP use case by using the akka-initializer library. AnomalyPublisher interface and the associated classes inside these classes make the implementation of CEP use case easier. ObservableAnomalyPublisher is another class that makes writing CEP test cases easier. For an example on how to use this class visit SampleAnomalyCancelTest under src/test

Spring support: The library integrates well with spring framework 4.X+ so that logic can be implemented using spring framework. Refer to SpringActorProducer & SpringExtension

Let us take a look at the below sample CEP use case from a banking domain, the complete code is here. The use-case monitors the credit card & banking transactions for each customer. The anomaly detector checks for the following anomaly condition: For a customer, when there is Security risk event (represented using GenericEvent) followed by 2 credit-card transaction events of “Credit” type followed by 3 banking “Withdraw” transaction event type in the last 10 seconds, then a fraud anomaly should be generated.

We want to make use of the features from the akka-initializer library and implement a highly scalable, resilient CEP solution for this use-case that can scale to millions of users and runs on several JVM (AKKA cluster nodes). This section showcases how all the heavy lifting is taken care by the akka-initializer library and developer can focus on to business functionality. Below is a high-level design.

Esper is an open source engine and can be directly embedded in JVM or can be used within the .NET runtime. Esper can be used to perform complex decision making on a single stream or multiple streams of data. Esper is a lightweight Java-based engine; it can be configured from java or Junit test code directly. Esper comes with a sophisticated EPL (Esper processing language) that can be used to configure the rules. It supports: sophisticated time/batch/length/accumulating/tumbling/sliding windowing functionalities over the stream of data, allows merging desperate streams, allows merging with an external data source, sub-queries, joins, splitting of streams, auditing, allows you to detect the absence of events and many more rich functionalities. Refer to Esper’s excellent documentation for details.

This project provides an anomaly/problem detector implementation example that makes use of the core library. The example is built for a fictitious banking domain use case explained earlier. The project makes use of Esper library for anomaly detection logic. The project is called cep-banking-use-case and it can be found to clone at https://github.com/ajmalbabu/distributed-computing/tree/master/cep-banking-master

All the below interface is available as a Postman collection under the above GitHub root, The examples can be imported as postman verion1 or 2 and the examples are tried out using version2.

Customer credit card transaction event submitted via Http post as shown below is the first type of event. Customer first name is chosen as the identifier for the message (In practice customer id could be a better key). CustomerTransactionEvent.java is the corresponding POJO for this JSON

The customer bank withdraw transaction event submitted via Http post as shown below is the second type of event. Customer first name is the identifier for the message. CustomerTransactionEvent.java is the corresponding POJO for this JSON

Another event of interest is Global security event as shown below posted to the URL, note that the URL has a url-parameter that specifies to which aggregate (Peter) this event is targeted. GenericEvent.java is the corresponding POJO for this JSON. Note: Consider to use AKKA distributed data http://doc.akka.io/docs/akka/2.4.17/scala/distributed-data.html if you want to target global events to all aggregates.

The rest end-points that accepts the incoming events are: BankTransactionRestApi.java

The anomaly detector (Aggregate) that detects anomaly for bank and credit card transaction is named BankAndCreditCardAnomalyDetector.java

Note 1: There is a message expiry feature to expire the message within Aggregates, refer to akka-initializer library class MessageExpiryTest for a detailed example on how to implement this feature.

Note 2: There is ab TimeToLive interface that helps to remove an Aggregate automatically when it reaches a specified time. Refer to akka-initializer library class ActorTimeToLiveTest & ActorRecoveryTest for a detailed example on how to implement this feature

Note 6: Currently objects are made serializable using java Serializable; change it to use proto-buf

Note 7: The above core akka-initializer library can be used for other micro service development needs. CEP is one of the implementations that fits nicely into the framework.

Note 8: BankAndCreditCardRuleAuthor class creates EPL statement and each entity actor creates such statement. There are opportunities to optimize the creation of statement so that there is only single statement per JVM, follow Esper documentation for best practices on this.

Note 9: To run the banking example as an AKKA cluster: For each cluster node, update the hostname and port number in the cep-banking-configration/cep.akka.conf file cluster accordingly.

Note 10: The complete source code used for the the article can be found here