Microsoft Office supports “data sources” to generate e.g. letters, invoices, address stickers and other repeating documents based on Microsoft Word template and Microsoft Excel data. This is a very common small business problem and Office has had a solution for it from mid-90s. Google Apps, the cloud based alternative to Microsoft Office, do not offer similar functionality natively (or at least if they do they hide it really well). However, you can quite easily create your own document generator using Google Apps scripting as long as your are proficient in programming. In this blog post I’ll show an example how to create such a script and learn the basics of Google Apps Scripts.

1. Ingredients of the document generator

In my case the use case was generating contract texts for the customers based on their price and quality of service data. Then I just exported and emailed the resulting Google Docs as PDF.

All of these are stored on your Google Apps account in Google Drive. All editing happens through Google Apps user interface, no external tools needed.

Example of the template document (obfuscated with obfuscate.js). You can see the source labels, unfilled. 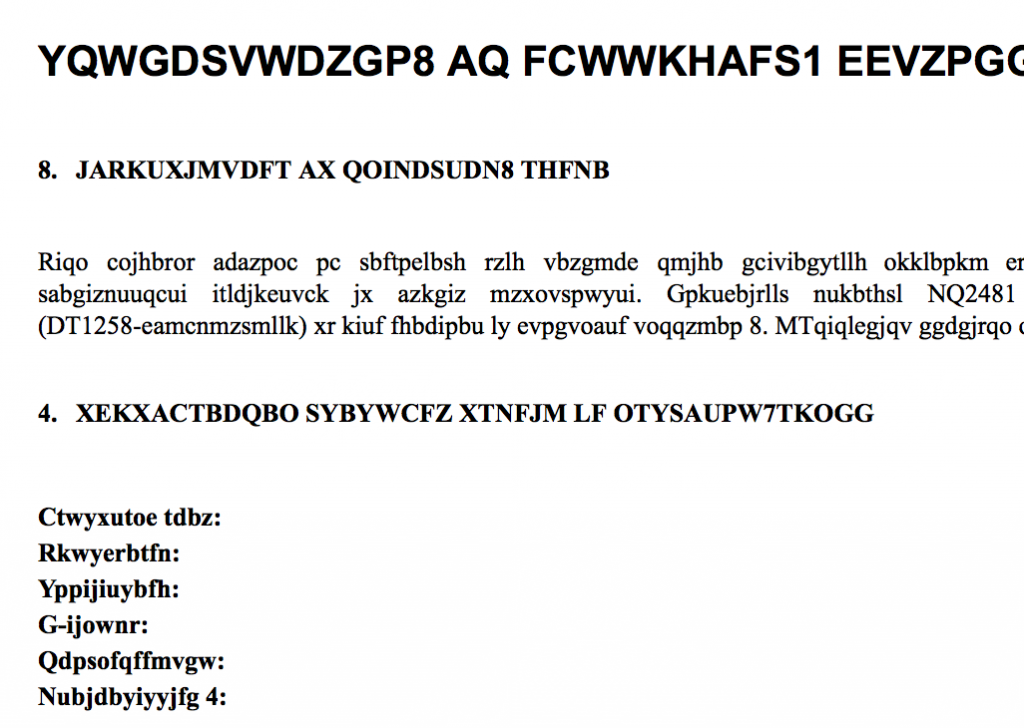 Example of the resulting document – labels filled in and no longer in bold (obfuscated withobfuscate.js) 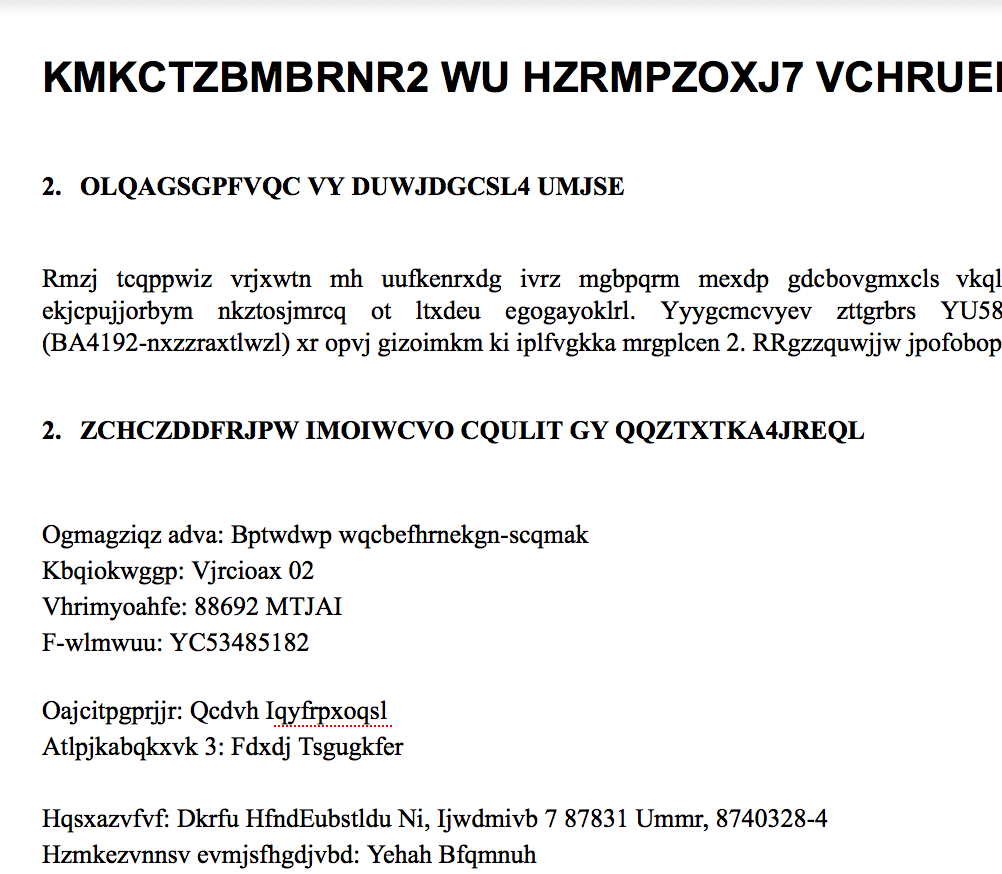 Google Apps Scripts can be invoked in two ways

Because we are not working on the spreadsheet we need to use the former approach.

Google Apps Script is a JavaScript (ECMAScript version unspecified? Does it run V8?) cloud scripting language that provides easy ways to automate tasks across Google products and third party services. The Google Apps Script has extensive API documentation with examples and tutorials, but they are still much subject to change as almost everything is marked as experimental and already there exist a lot of deprecated methods. The Google Apps Scripts can also access Google Maps, contacts, email, sites, Google Apps domain setting and basically have automation solution almost everything you can do in Google cloud.

The script is executed on the server-side and you have a non-fancy localized browser based UI to edit and debug your script. 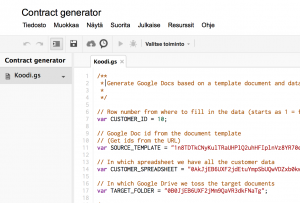 The philosophy and UI design patters feel like a step back to 90s, to the Visual Basic scripting environment. Maybe Google Apps developers wanted this… so that Visual Basic developers feel back home. However, coming from a web development, Javascript and general programming background you will find the lack of Firebug / Web Inspector like console disturbing. It does not feel like any other Javascript development, though certainly the syntax is the same.

So my minor complains include, but are not limited to 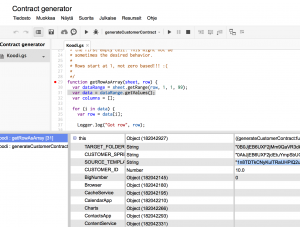 Things could be better, but in the end I managed to get done what I was looking for and I am still not paying a penny for Google Apps, so I am happy. Also, I do not wish to go back to Microsoft Office unless I need to write well-formatted print documents… Google Docs is a toy what comes to heavy and graphically sensitive document authoring like offers…. Or presentations… where Keynote is the king.

In the beginning of the script you have constants which define on which data to operate. You could build an user interface making the script to full web application, but this is too cumbersome approach for such a small task. The UI builder seemed nice, but definitely an overkill. Though there exist Google Apps Script API methods for performing simple prompt() question in the browser,  for some reason they were not supported in standalone scripting… so the fastest approach to enter data into the script was simply edit the script itself before each run. I sooo started to miss command line… first time in my life.

So, in the beginning of the script you define the source data

Then the script simply replaces words with data. The keyword to be replaced in the template document are identified as the column labels (1st row) in the spreadsheet data. I am pretty sure there would be more efficient methods to do this, but I did not wish to spend time to go to knee deep to GS to figure out its nuances.

And then the script… please feel free to modify to your own needs (generator.gs):