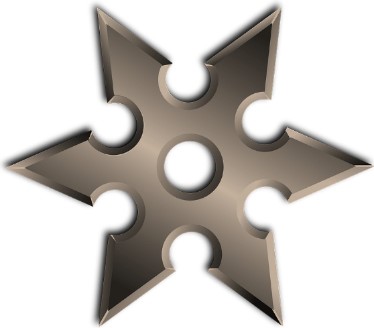 The first thing that comes to my mind when I think about a ninja is the movie “Teenage Mutant Ninja Turtles” – the 1990 version, not the 2014 reboot. Modern culture views a ninja as a sort of superhero. According to Wikipedia, a ninja (or shinobi) was a covert agent or mercenary in feudal Japan. Folklore depicts the ninja as having legendary and often supernatural abilities. Sound like any Scrum Master you know?

You may also like: What Makes a Scrum Master Successful? Insights From 30 of the Best

OK, I added the “by any means necessary” part, but that isn’t too far off from how I’d expect a good Scrum Master to behave. Impediment removal is critical to creating an environment where the team can focus on their work and deliver quality and value. Anything that gets in the way of building teams, developing backlogs, and producing working, tested software is an impediment, an enemy that needs to be obliterated! Now we’re sounding more like a ninja.

The enemy (impediment) can take many forms, can morph into other forms easily, and can also remain invisible for long periods. Some more common enemies may appear in the form of team dynamics challenges, transparency issues, poor communication, and logistical or technical blockers. Sometimes they are as unassuming as poor Scrum practices or mechanics, which are often simple to repair. More often, though, the enemy is a culture or mindset impediment. This type of impediment is frequently hidden behind visible symptoms, or disguised as something else.

Destroying impediments requires different tactics that depend on the enemy’s strength, frequency of attack and other factors. The first step to defeating your enemy is to know who your enemy is. How do we find impediments that aren’t visible?

Battle plans and a field manual are great tools, but when you come face-to-face with the enemy, the experience is what counts. Here are a few advanced tips from experience in the field:

A ninja knows their objective and does not stop until the goal is achieved, sometimes running straight into the flaming arrows flying toward them. Attacking impediments requires preparation, courage, and tact. Ninjas are known as warriors – legendary, almost supernatural beings. Start your journey today to become an impediment-removing ninja Scrum Master. Pick an impediment from your list, choose your weapon, make a plan of attack, then run full speed toward the enemy – victory is yours for the taking!

Dear Scrum Master: The Scrum Events Are Theirs, Not Yours

Published at DZone with permission of Dwight Kingdon . See the original article here.