Software development is an activity that is frequently outsourced to IT companies with technical and domain know-how. Most of the time, those collaborations are shaped by a “project contract” based on the iron triangle model. This model identifies four aspects of the software development endeavor that are tightly related: the product scope, the delivery time, the contract cost, and (the most frequently overlooked) the product quality. It happens so often that later, those constraints become impediments in case the contract was not accurate (the bigger the more likely) and changes should be agreed to succeed in the project.

Why is this? The main reasons to continue using fixed scope projects are:

The last available edition (2015) of the famous Chaos Report by Standish Group shows than less of one-third of projects is considered successful, so people buying software projects would do well in considering why to continue doing it. Trying to maximize all four aspects of the iron triangle at the same time usually entails losing out in all.

Agile software development generally changes this “fixed scope project” approach, fixing resources, time, and quality, and estimating scope. Due to the transparency and prioritization of the features provided by the product backlog in Scrum, the probability of having a troubled project decreases significantly.

Another source of criticism for fixed scope projects it that they produce software with many unused features. The classical “ROI, it’s your job,” study by Jim Johnson reveals that 64% of features delivered by projects are rarely or never used. Although the sample of projects is very small, my gut feeling tells me that reality may not be very different from that, which is a big waste of money and time.

Projects can be planned with Scrum. From the point of view of product management, this is usually called “release management.” The scope management tool is the Product Backlog, and it can be estimated before the development starts. Scrum calls for empirical process control to avoid waste due to requirements identified too early, so the lightest scope definition should be made, which creates trust with the product buying part. The “transparency leg” of empiricism entails being radically honest with the customer about the risk of not delivering the full scope on the expected timeframe and eventually allocating a reasonable contingency (i.e., in the form of extra Sprints). The Product Owner is responsible for involving the stakeholders in the progress tracking and helping them to shift from an “original scope mindset” to a “value delivered mindset.” 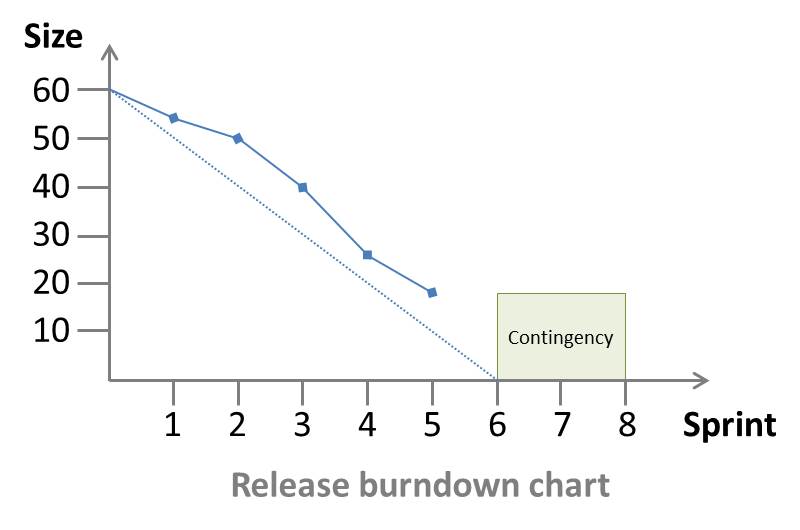 Scrum can be used to plan and track a development with a fixed scope, although some other common beliefs about traditional project management (such as the concept of a fixed scope project) should be revisited to help customers to evolve into a healthier product management mindset.