APIs handle practically every function in modern organizations. From booking a movie ticket to processing complex bank transactions, APIs play an important role. Organizations expose their services via APIs to the public and also internally in order to expand their business opportunities and increase revenue.

As a result, APIs are being used by multiple parties and people, both internally and externally. It is very important that only authorized users can use specific APIs so that there is no misuse of APIs that consume valuable data and services of an organization.

There are two main categories of API security:

Transport Level Security (TLS) ensures the privacy and the integrity of communication between two parties. This mechanism uses certificates to encrypt the data that is transferred between parties where only the ones who have the certificate of the other party can read the information.

In the modern API driven ecosystem, proper TLS is  mandatory

Application security is vital for any API to prevent unauthorized access to backend services and data.

There are multiple mechanisms that can be used for application-level security. These include:

API Key authentication is a simple mechanism of identifying the user who is invoking the API. This is different from OAuth2 and does not need an authorization server. The API Key can be sent as a query parameter, in a header or any other way that the server permits. This method is best suited for API testing, API developers or internal use in an organization.

OAuth2 is the industry-standard protocol for authorization which is based on access tokens. In order to invoke an API, the user must obtain an access token providing the credentials to an Authorization Server. The credentials can be the user name and password of the user or credentials from an application depending on the grant type. The Authorization server will provide a token which has a limited lifespan after validating the user. The user then can invoke the API with this token.

The token could be in JWT type or opaque and it depends on the Authorization Server implementation.

WSO2 Microgateway is a lightweight, super-fast, cloud-native, developer-focused, and 100% open-source product which enables you to expose microservices as managed APIs. It also provides an easy to use, strong security layer for APIs which helps the user to easily configure and enforce proper authentication/ authorization mechanisms to secure their APIs.

WSO2 Microgateway opted with a Security Token Service (STS) that could generate API Keys that can be used to invoke the APIs exposed via Microgateway. The generated API Key will be a self-contained JSON Web Token (JWT) which contains information about the user, subject, issuer, etc.

Also, Microgateway can be configured to generate an API Key that allows for specific API access. This could be helpful when using multiple MGW instances and restricting API Keys to be used for APIs published in each MGW instance.  There are other configurations, such as validity period, certificate, etc. You can find the other configuration parameters here. 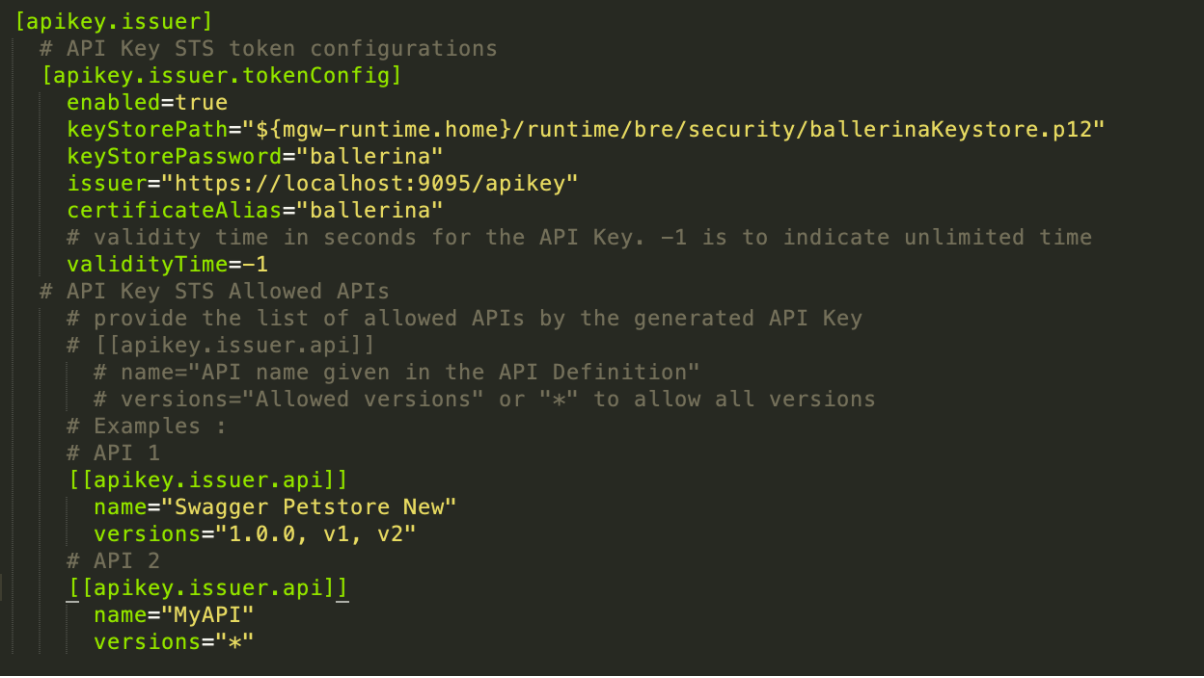 In order to configure the APIs to use API Key Authentication, the security schemes should be defined in the API definition. WSO2 Microgateway accepts an API Key as a header parameter or query parameter, and you can configure the parameter name as well. It is also possible to use different an API Key header for different resources in the same API.

WSO2 Microgateway supports the ability to configure multiple trusted JWT token issuers. This feature helps in scenarios where organizations have multiple trusted Auth providers (key managers). During the token validation, the JWT token will be sequentially validated with each issuer 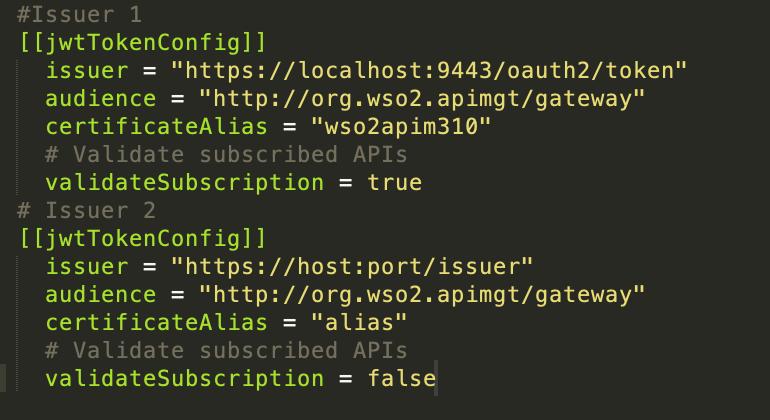 It is possible to enforce different security schemes for each resource or globally as an API level in WSO2 Microgateway.

With WSO2 Microgateway, you can now combine Transport Layer Security (Mutual SSL) and Application Level Security and enforce the API. With this, APIs can be invoked using either Mutual SSL or Application Security mechanism specified (Oauth2, API Key, etc.).

WSO2 API Manager can be configured as an internal key manager with Microgateway. In this configuration, Microgateway invokes the APIKeyValidation service of API Manager. This enables Microgateway to use opaque tokens with the subscription validation. 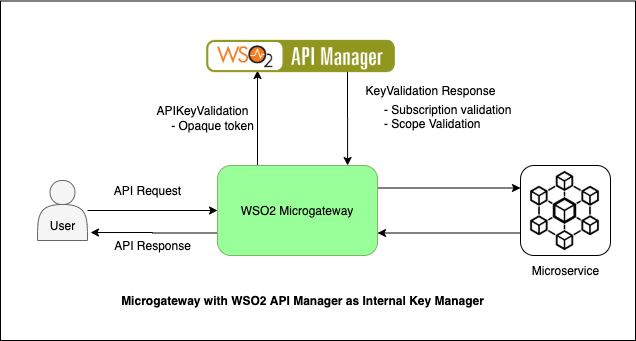 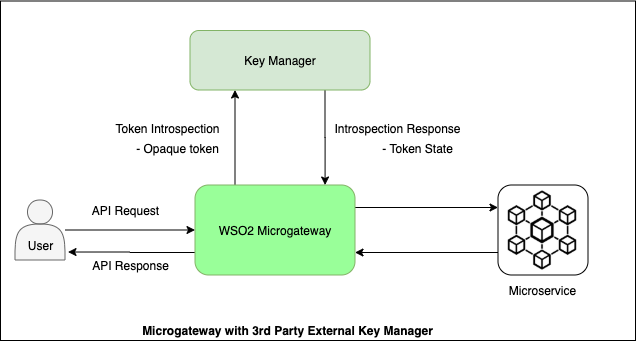 This article focuses on the security aspects of APIs, which is a crucial part of any API management solution. There are several methods to secure APIs as discussed in this article. WSO2 Microgateway, as a solution for exposing microservices as managed APIs, supports a vast array of security features which can be easily configured to suit the API Security requirements of the organization.