Great hearing what Derek Melber, Chief Technology Evangelist at ManageEngine, is seeing as he visits companies around the world. We are being breached. We see security fails everywhere. We all need to think about the fundamentals of security.

Security guidance over the years continues sharing the same best practices, the amount of money that's lost with each breach, and the number of records that are compromised. However, the guidance is worthless as the problem continues to grow.

Microsoft embeds PowerShell into every endpoint while hackers are able to use Mimikatz to exploit. The internet assists hackers to use PowerShell in an attack. All attacks begin and end with endpoints; as such, you need to secure all your endpoints.

Now there is a full suite of PowerShell “hacker” tools: PowerSploit, Invoke-Mimikatz, PowerView, and PowerUp. RSA 2016 had a presentation on Weaponizing PowerShell. It’s free and incredibly easy. Microsoft launches advances in scripting security and protection in Windows 10 and PowerShell V5. Then, a Windows flaw is exploited to deliver PowerShell backdoor (April 15, 2019). You need to secure PowerShell as well.

The cloud is nothing more than an extension of your on-prem environment. In August 2018, Microsoft blocked 1.29 billion authentications to Azure. 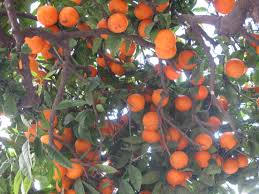 Are Our Security Efforts Bearing Fruit?

Hackers always take the path of least resistance. If you wait a day to install a patch, trust that hackers will look for that opportunity.

Consumers and employees are the same in that free trumps security and free downloads are likely not secure. Then users share with others spreading the viruses. 75 to 80% of the top free apps were breached while 97% of top paid apps were breached. 70% of attacks now target office vulnerabilities because of the adoption of Office 365.

How Do We Address the Problem?

We’re being attacked at our foundation and we need to go back and identify and enforce foundational security best practices.