Sometimes, we think that more is better, i.e. quantity over quality. The larger heaping of dessert on our plate, the more delicious!

But one day, we realize that one marvelously scrumptious sugar cookie is far yummier than five mediocre sugar cookies. We understand that the idea of quality first and quantity second is actually relevant to so many areas of life — including app analytics.

When it comes to session recordings, the same quality-over-quantity logic is applicable. What’s a session? What’s a recording? You may ask.

A session occurs when a user opens the mobile app up until they quit the app or place it in the background. Session recordings are a powerful qualitative analytics tool that records an individual user’s session. All of his/her taps, swipes, and pinches are tracked, in addition to each action and screen visit. Session recordings are qualitative, because you’re not just receiving numbers and stats of your user’s actions — we’ll call these the whats – but instead, you’re gaining insight into the whys. Why did your user tap on that un-tappable icon 14 times, why did the app suddenly crash?

Now, let’s put all of our cookies aside and get down to business in understanding why and how user session recordings can augment your app. Through these five vertical use cases, you’ll see just how possible it is to achieve the best app ever.

Your users schedule workouts around their days. Or perhaps they schedule their days around their workouts. Whatever the case may be, if your users are relying on an app to complement their exercise regimes, there is zero time, or patience, for crashes.

And yet, health and fitness apps do crash, and always at the most inopportune time — in the middle of a set, a sprint, or a stretch. 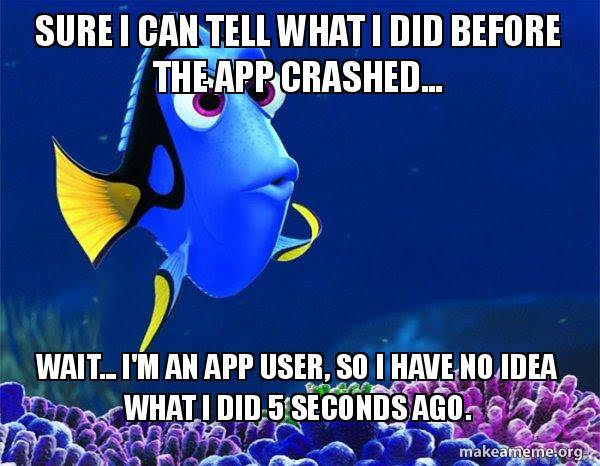 A crash in the middle of a pivotal workout will be a serious source of user frustration, anger, and distress, which in turn will has an immense impact on your retention rates.

But there’s a way for these problems to be solved. With session recordings and crash reporting, you will be able to determine the exact point in the user journey where a crash appeared. Perhaps crashes are happening more frequently on a specific screen, when a user is trying to count reps or track a run, or maybe there’s a higher occurrence based on components like geo-location, WiFi connection (or data), or time of day.

With crashed session recordings, you will find those answers easily.

You have a new user and he’s just begun his first game in your app. He’s trying hard to quickly learn the rules of the game, but he’s struggling to navigate. He taps on a button. He taps again. He taps a third time. To no avail, the button he’s trying to tap is not responding, and not only does he not advance to the next level, but he’s sent back a level.

Wouldn’t it be nice if your team could fix this?

Perhaps there are complications with your UI, and users are trying to tap on what they believe to be a button, but that is in fact un-tappable. Why are they trying to tap here and how frequently? Diving even deeper, you can discern if these actions occur more regularly on one operating system over another. 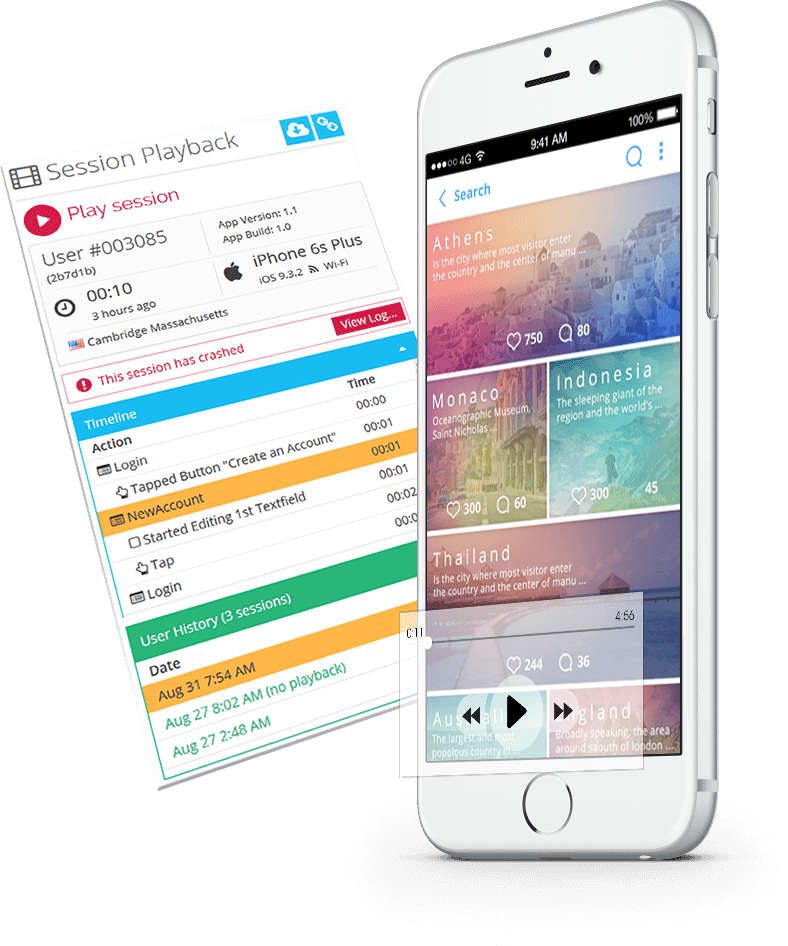 Your user has finally decided to take that much-deserved vacation and she’s going all out: booking a flight, a hotel, tours for the best sights, and restaurant reservations. For all her booking needs, she turns to you.

She spends 20 minutes searching until she’s finally made a decision. Then, the app stops responding. Much to her dismay, she re-enters all of her search details, and… the app doesn’t respond again. After two more times, she’s fed up and heads to another app. 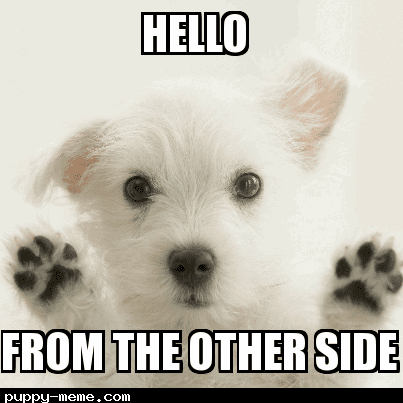 Users turn to a travel app for quick and convenient searches for flights, or at the very least, to check prices. If suddenly the app stops responding, this is a surefire way to lose users.

Session recordings make it feasible for the app team to recognize the source of an ANR problem, which actions led up to this occurrence, and if there was a screen that experienced this more than others. With session recordings, development and QA teams can easily resolve any ANR issues.

Shoppers downloaded your clothing app and they love it so much that they check back regularly for deals and steals. They’re happy with the user interface and they find exactly what they need every time. But what if they downloaded the app and only returned once or twice without ever making a purchase? It can be hard to know what happened.

Since mobile apps have solidified their spot in the shopping spotlight, there is no excuse for an mCommerce app to function less than impeccably, so as to bring in and maintain high volumes of traffic, and most importantly, secure more and more in-app purchases.

This is why a magnificent way to analyze conversion rates on a step-by-step basis is through session recordings. 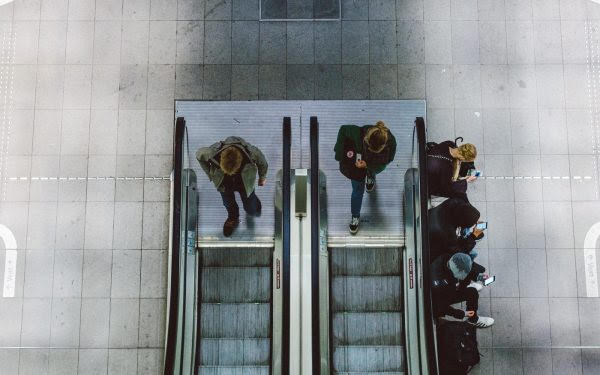 Watch recordings of users’ engagement (and drop off), for example from Shopping > My Cart > Payment Screen>Purchase Complete. Perhaps the checkout flow was confusing, or maybe a button wasn’t intuitive. Through session recordings, paired with conversion funnels, you can tell at which point in the funnel the user is dropping off, and more specifically, why are they dropping off.

A paid social media campaign stirred a lot of curiosity about your app, and you received a spike in downloads. And yet, after the initial downloads and first-time skims, users never returned. After all of that money spent on acquisition, you didn’t retention your new users.

Never fear! Session recordings to the rescue, helping you analyze users who abandoned the app after the first session. To improve and bolster retention, you can take a peek at insights regarding why retention levels are low and where users dropped off most frequently. Understand why they drop off, if there is a lack of engagement, or if there are not enough choices for their needs. 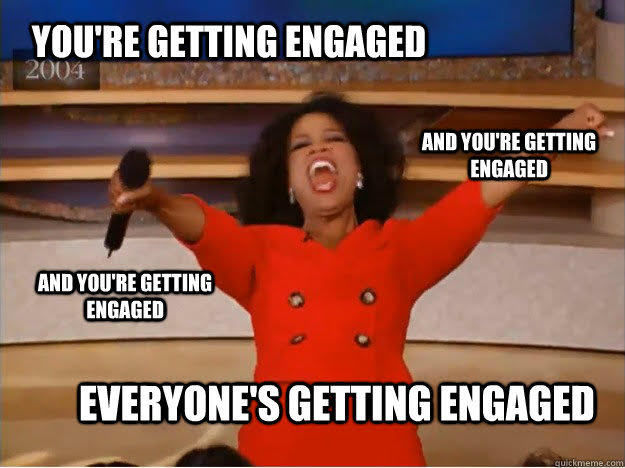 With session recordings, an app team can delve into the meat and potatoes of retention rates: app open rate, DAU (daily active users), MAU (monthly active users), time to second session, and a myriad of other qualitative metrics to ensure engagement.

Set Your Sights on Quality

Your users don’t deserve low-quality anything in life. On the contrary, they deserve quality qualitative app analytics tools with session recordings, like Appsee.

Nevertheless, session recordings don’t solely help floundering apps. If your app is on the uphill climb, your app’s trajectory will be even higher and faster by incorporating qualitative analytics tools.