When it comes to technology, I’m an optimistic fellow. Not only do I believe the ongoing innovation in tech is inexorable, I’d go so far as to say that technology is the key to solving all the ills of the human race, from global warming to income inequality. 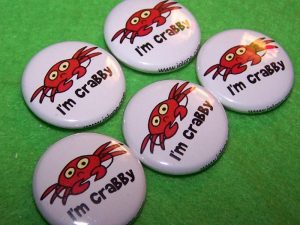 Sometimes, however, I get into a crabby mood, as everyone does from time to time. In those dark times, I divine the wretched underbelly of all the technological progress that has buoyed my career and so many of yours all these years.

Here are my most pessimistic takes on modern tech — not because I truly believe in these Debbie downers — but, rather, because I’m taking the opposing viewpoint as though this were a high school debate competition or playing devil's advocate.

Or, maybe, I’m just having a bad day. Either way, let's get into it!

Downer #1: Another AI Winter Is Coming

The maelstrom of innovation, hype, and funding continues to swirl around artificial intelligence (AI). You might think such innovation is moving forward at a fast clip, but, in reality, true innovation has stalled, just as it did in the 1980's.

Sure, there are incremental improvements here and there, and we’re getting better at throwing ever larger data sets at our AI models, which improves the end results.

But, we still have the same cast of characters we’ve had since the last AI winter, including machine learning, deep learning, natural language processing, neural networks, and a few others. It’s been years since anyone has come up with a disruptively new idea.

Maybe there aren’t any to be had?

Blockchain has been on the workbench for several years now, but companies that offer blockchain-based solutions that run at scale are scarcer than hen’s teeth. What’s up with that?

Even Bitcoin — the best-known blockchain proof of concept — faces its own scalability and management issues. Transactions can take many minutes (or hours?) to complete, miners suck up more electricity than Ireland, and the entire kit and caboodle has become a playground for organized crime.

Sure, it’s possible to strip away all the bits of the blockchain story that make it impractical, in order to end up with something that works. But, that something is a little more than a secure distributed database. We’ve had those for years, and we certainly don’t need blockchain to make them work.

To secure an enterprise, you must secure every entry point and vet every employee, and still you have to cross your fingers. In contrast, the bad guys simply need to find one way in to run off with the crown jewels.

The weak point in every organization, of course, is its people. Especially Madge in accounting and Bruce in marketing, who will click on any link in an email they get from anywhere in the world.

Sure, vendors are furiously innovating in the cybersecurity space, and now it’s de rigueur for that cybersecurity tool to sport high-powered AI sure to nab the malefactors in the act.

Just one problem — the hackers are using AI as well. Madge and Bruce won’t know what hit them.

Fake news threatens the very democracies the modern world order depends on, but we techies are at a loss as to how to address the problem.

Wouldn’t it be great if we had a veracity button? Simply push the button, and your browser would automatically highlight (or better yet, delete) all the fake news that comes your way.

Here presents another problem — we don’t have a clue as to how to build such a thing. The best we can do is to ensure data veracity with today’s tech and verify the source of information, or perhaps single out data that are inconsistent with our other data.

Even our best AI, however, has no idea what is actually true in the real world and, thus, has no way of evaluating if news is fake or not.

I remember the early days of social media in the early 2000' s — what we naively called "Web 2.0." Pundits were falling over themselves to tout this new world order of communication and collaboration. Social media were supposed to bring us all together into one global melting pot of mutual understanding.

Only the opposite happened. You and your closest buddy from high school befriended each other on Facebook, only to realize you now have differing political opinions. Today, you won’t speak to each other.

Now, multiply that problem by six billion. Exposure to differing viewpoints doesn’t lead to a calm discussion after all. It only leads to recrimination and polarization.

Of course, it’s all the fault of the people who don’t agree with me, am I right?

In the world of enterprise IT, we love talking about all the hot new trends in big company tech. Multicloud, Hybrid IT, Serverless computing, containers and microservices, AI-driven big data analytics — the list goes on and on.

However, in spite of all this innovation and concomitant hullaballoo, if you scratch the surface of any big company’s tech, what do you find underneath?

An ancient ERP system. Even the name "enterprise resource planning" brings back memories of data entry hacks pecking away at green screen terminals. Along with ERP, there are a plethora of TLAs (that is, three letter acronyms), like SCM. HRM. BPM. CRM. The list goes on.

Sure, vendors born in the 21st century have rolled out perfectly adequate, cloud-native alternatives to these dinosaurs, and to be sure many companies have cut the cords to their 1980's tech.

Ha! Who are we kidding? Those monolithic monstrosities are still there, chugging away — and we daren’t touch them for fear that everything will come crashing down around us.

Downer #7: Digital Transformation Is Too Difficult

If you listen to the pundits — you know, people like us — you’ll soon realize that simply updating your technology to the latest ‘digital’ version isn’t digital transformation at all. That’s digitalization.

If only digital transformation were that easy. But, no! It requires that people change — people across your entire organization.

Good luck with that. Sure, people can take classes and go through orientation sessions out the wazoo in order to update their day-to-day work habits, but we all know the only way to exact real organizational change is to wait for everybody to die, and then replace them with new people who aren’t even born yet.

No sense waiting around for that, of course, since we’re all on the short end of that stick.

OK, I feel better. I’m less crabby already just getting all that off my chest.

As I said at the top, I don’t really believe any of it — at least most of the time. But, when I wake up at two in the morning in a cold sweat, wondering what the meaning of life is, that’s when it all makes sense to me.

In all seriousness, all of the considerations I list in this Cortex are valid concerns that many people have – perhaps more people than we’d care to admit. Unless we air such concerns, we deprive ourselves of the opportunity to discuss them, and hopefully dispel them, at least in part.

So feel free to disagree – but do so thoughtfully. If you do, this article will have been successful.