The key to a successful enterprise is to activate people’s innate drive and ability to share what they know with each other. That drive and ability is also why we are only human species walking the earth today.

Let’s rewind the tape a bit. 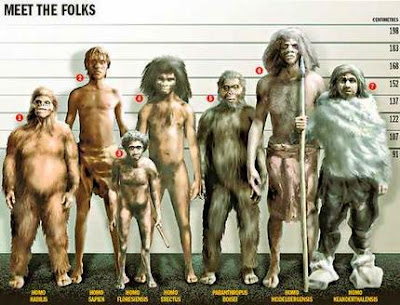 So, for some reason all other human species that we have shared the earth with have become extinct. One can only speculate about how that happened. It is very likely that we, Homo sapiens, made it happen. But how? If we take the Neanderthals as an example, they were superior to us in strength. And we weren’t necessarily smarter than them, at least not on an individual level.

What made Homo sapiens different from the Neanderthals was most likely our social abilities and behaviors, how we behave as a collective. As a human species we have always been very focused on communicating and transferring knowledge. Not only from one person to another, but also parent to child. This way, the next generation can build further on the collective knowledge of the previous generation.

During the 400 000 years that the Neanderthals lived on the earth, they didn’t develop their tools very much. In fact, the tools they used at the end of their time were similar to the ones they used in the early years. If we compare that to Homo sapiens, the tools we used in the early years cannot be compared with the tools and technologies we have developed since. From creating simple stone tools we have created spaceships that can send people into space and digital communication technology that has the potential to connect all human beings on the earth. What made this possible is our innate drive and ability to share what we know with each other.

The Neanderthals and other human species that we co-existed with are most likely more than other primates in this respect, such as chimpanzees. A baby chimpanzee can sit next to his mother trying to crack a nut a 100 times without his mother trying to show him how to do it. He will learn by observing others how to crack the nut, but no one will teach him how to do it taught. Not even his mother or father. One can only speculate, but had the Neanderthals shared our social abilities and behaviors, then perhaps space race would have take place between the Neanderthals and Homo sapiens instead of between the Soviet Union and the US. ☺

Image from “Leap Factor Executive Presentation”
This ability has also enabled us to developed new and advanced technologies, and most importantly we have developed communication technology that makes it even easier to communicate and share knowledge. Today we can do it on a global scale, sharing anything with anyone and any number of people. And anyone can access the collective knowledge of the human species that we have encoded in books and other forms and now make available in digital format via the Internet. Our ability to share what we know with each other has never been stronger or more powerful. There are practically no limits to what we can achieve in the future, as long as we don’t use the technology against ourselves as a human species and make ourselves extinct.


“...we see more and farther than our predecessors, not because we have keener vision or greater height, but because we are lifted up and borne aloft on their gigantic stature”