crowdsourcing has been utilized in a wide range of industries, and as the technologies and philosophies of open innovation have matured, so too have the results improved.  despite the significant challenges in both finding new innovations, and ensuring costs are kept under control, the energy sector hasn’t really dived in with both feet. 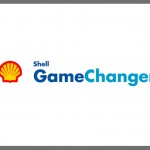 one notable exception of course is the shell gamechanger site.  the site is a kind of corporate crowdfunding site, whereby members of the public can propose game changing ideas in the energy field.  shell experts then analyse the ideas, and provide backing for those they feel will make a significant difference.

i wrote recently about the desire for entrepreneurs to receive operational support as well as finance, and the gamechanger site offers that too by helping the idea generators turn their innovations from genesis to proof of concept.

it should be said that the idea is not a new one, and indeed it has existed for sometime before henry chesborough popularized the notion of open innovation.  the project began life within shell way back in 1996.  executives wanted to create a safe space where novel ideas could be played with, providing a constant stream of potential investment options for the company.  the more radical these ideas were, the better.

initially this was a pure internal play, with a separate innovation team created within the r&d division of shell.  these people were hand picked by managers for their breadth of knowledge and innovative capabilities.  it’s fair to say therefore, that the project has become significantly more open as time has gone on.

ideas are submitted via the gamechanger website, with the process designed to make it as simple as possible for people to contribute.  selected ideas are then developed via workshop sessions, with an internal sponsor assigned to each selected idea.  this sponsor arranges for a screening panel whereby the idea is pitched and decisions made as to whether it merits financial support.  that panel have the power to deliver modest funds to get the project off the ground, before a later stage then decides whether to invest more substantially.

initially, the project tended to receive submissions from scientific staff within the company.  despite this relatively limited scope however, it proved popular as a means of allowing staff to express their creativity in fresh ways.  early successes allowed the project to extend its scope however, and reach into other areas of the business.

this then prompted a more open approach, whereby shell would team up with external partners, including a number of strategic universities throughout the us and europe.

as models such as the x prize and kickstarter grew in prominence, the gamechanger we see today began to evolve from the inside-out model of yore to the outside-in model of today.

thus far the project has achieved some notable successes in areas such as oil well recovery rates and the proposal of a floating lng facility, but arguably the biggest gain has been in how shell think.  although every once in a while an idea comes along that can be analyzed to success, most revolutionary ideas require actually doing something to create a learning opportunity.  only learning by doing floats up hidden assumptions where they can be addressed and assessed.  revolutionary innovation requires one to try many ideas, but also to quickly stop those that aren’t going to work.