in “ getting started with signalr ," i provided a gentle introduction to signalr with a few simple and practical examples. the overwhelming response showed that i’m not alone in thinking this is an awesome technology enabling real-time push notifications over the web.

“ introduction to scaleout in signalr ” (official documentation) describes how signalr applications can use several servers to handle increasing numbers of clients. when a server needs to push an update, it first pushes it over a message bus called a backplane . this delivers it to the other servers, which can then forward the update to their respective clients.

according to the official documentation, scaleout is supported using azure, redis or sql server as backplanes. third-party packages exist to support other channels, such as signalr.rabbitmq .

“ introduction to scaleout in signalr ” (official documentation) describes how to use signalr as a backplane. to demonstrate this, i’ll build on the chat example code from my “ getting started with signalr ” article.

all we need to scaleout using redis is install the microsoft.aspnet.signalr.redis nuget package, and then set it up in the startup class as follows:

in the code above, i am specifying the host and port of the redis server, the password (in this case null because i don’t have one), and the name of the pub/sub channel that signalr will use to distribute messages.

to test this, you can get a redis server from the redis download page. redis releases for windows exist and are great for testing stuff, but remember they aren’t officially supported for production environments.

now to actually test it, i’ve set up the same scaleout-enhanced chat application on two different machines, and subscribed to the redis pub/sub channel: 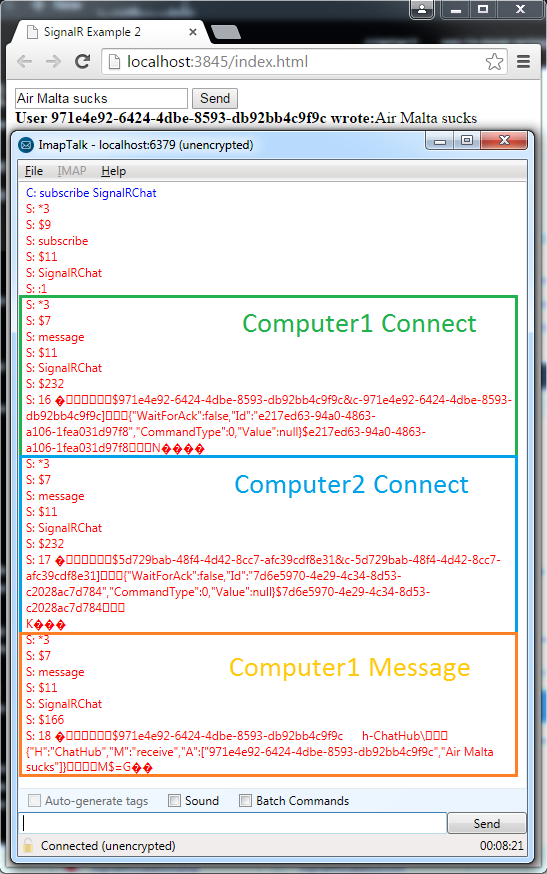 but even better than that, you’ll also see it on the client (browser) that’s hooked up to the other machine:

the magic you need to appreciate here is that these aren’t two browsers connected to the same server; they are actually communicating with different servers on different machines. and despite that, the messages manage to reach all clients thanks to the backplane, which in this case is redis.

so i’ve shown how it’s really easy to scale out signalr to multiple servers: you need to install a nuget package and add a line of code. and i’ve actually tested it on two machines. 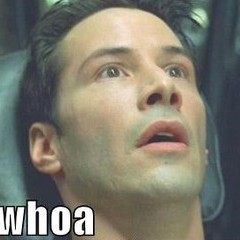 but that’s not really scaleout. i don’t have the resources to do large-scale testing, and only intended to show how scaleout is implemented with this article. the actual benefits of scaleout depend on the application. as the official documentation warns, the addition of a backplane incurs overhead and can become a bottleneck in some scenarios. you really need to study whether your application is a good fit for this kind of scaleout before going for it.