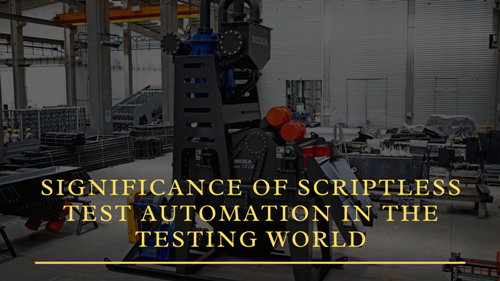 Software test has significantly changed to enable fast software launches of the superior quality. Many developers have accepted that the no-code/ low-code methods are an effective way to meet the rising demand for faster apps. So why do not we go with the expert’s proposal and follow a new, better approach to testing instead of sticking with the script-based, high-maintenance tests approach. The no-code/ low-code has become a great substitute on which testers or developers can rely on accomplishing this objective. Thus, an advanced approach can also be used to better reach their goals to maximize the scalability of automated tests.

What is Scriptless Test Automation?

STA (Scriptless Test Automation) is a technique that enables business users and testers to automate test cases with zero worries about the coding. It aids to accomplish speedy outcomes and reduces the time spends to know the code. Scriptless Test Automation allows non-test business providers to understand the procedure, examine test cases, and understand what the tester is doing. With Scriptless Test Automation the complete software development procedure can speed up all the while enabling companies to contribute to automated testing and increases the chance of code reusability. By accepting scriptless or codeless frameworks, the development teams could easily spend extra time on the script development. This specific approach will also assist to ease the automated test complication for companies. Hence, Scriptless Test Automation will help companies to reduce the team’s time and efforts, but it will also ensure to maintain good quality and ease in achieving their requirements. Such type of testing will also make test automation easier and simpler to understand and enhance automation test efforts.

According to GlobeNewsWire, “The automation testing market size worldwide is projected to rise to USD 28.8 billion by 2024 from USD 12.6 billion in 2019, at a CAGR (Compound Annual Growth Rate) of 18% during the estimated period”.

Is Scriptless Automated Testing the same as Automation Testing

Test Automation is the technique of automating user testing deeds on an app using an automated tool. The test automation expert uses these test automation tools in developing testing scripts with a programming language. On the flip side, codeless automated test eases the automation testing procedure without real code.

Scriptless test automation is the simplest and effortless means to learn in contrast to other automated tools. The Scriptless automation test aims to solve several discrepancies that test teams have been encountering. Some of the challenges count:

•    The more the test scripts, the higher the time for implementation

Key drivers for the increase in adoption of Scriptless Automated Testing

Some of the core drivers for the increase in adoption of Scriptless Automated Testing are listed below:

While accepting Scriptless Automated Testing services, it is crucial to take the significant success factors into concern.

The better part of this test solution is that test automation could be performed at an early stage in the Software Development Life Cycle, it speeds up the Go-to-Market time. You can begin the test automation procedure way early through the prototypes or wireframes accessible to you. That accelerates the procedure as of least involvement of test scripts.

•    Good for Non-Technical and Technical Users

IT experts are aware that something known as a ‘code’ comes into play during tests. They appreciate it very well. But, business analysts put great effort to understand it! Scriptless test automation doesn’t depend on the code. Hence, the QA experts save on time and improve the scalability of test automation.

The Scriptless framework is such that it minimizes the time spent on the maturity of scripts, and therefore it becomes likely to develop software programs speedier. Quality Engineers bring together a series of test cases (jointly called test suites) to inspect the behavior of every program. They in fact test for flaws. Fortunately, for them, the feedbacks or results are fast. Positive outcomes guarantee faster delivery of such programs to the marketplace.

When there is barely any complication, prices come down. The test design is easy, and so is the software development procedure. Consumer-friendly test automation eradicates technical requirements. It also minimizes maintenance costs. You can save to a greater extent easily by reducing the expense incurred on scripting huge chunks of programs. Even the test scripts management would be nullified, leading to a strong framework that can be maintained and managed without difficulty with the least overheads expense. In addition, the automation engineers can contribute towards unit tests, white-box tests, and maintains quality infrastructure with DevOps.

The participation of expert stakeholders and business analysts certainly gets a boost owing to the scriptless and simplistic nature of the test implementation. The dealings between them and the technical teams become smoother and simpler, ensuring a sure shot superior quality item, which is perfectly tested from distinct angles.

There is no hard and fast rule that there is simply no scripting in Codeless automated testing. However, the easiness and simplicity with which the minimum test scripts have to be written are notable. Not just it fastens the entire procedure; it makes automated testing easily acceptable by the QA teams.

The maintenance phase is said to be the crucial stage of the software development life cycle. Script maintenance turns out to be mandatory even when there is a slight change in existing product traits. Even in the case of false negative or false positive outcomes, a lot of maintenance efforts are needed. But, scriptless automated testing is a hassle-free procedure that necessitates minimal management and maintenance even in large test automation suites. Thus, the test suite becomes highly reliable and in turn, enhances the product delivery time.

Here are some of the better scriptless test automation tools, amongst others:

The codeless/ scriptless automated test and agile test management platform that allows automated web tests. It also enables automation and API validation, which refers to a conglomeration of protocols, tools, and routines that helps the growth of software apps. This amazing tool is compatible with the cloud. Hence, IT teams can easily plan, design, implement and create testing automatically with zero hassles.

Similar to ACCELQ, Test Craft is also good for continuous tests. It is beneficial for regression tests too. IT teams can examine web apps, thus saving on time and costs for maintenance. Best of all, this tool is a free and open-source, automation test framework. The IT arena refers to such a framework as selenium-based. Test Craft tests the validity of distinct web apps amid several browsers and platforms. 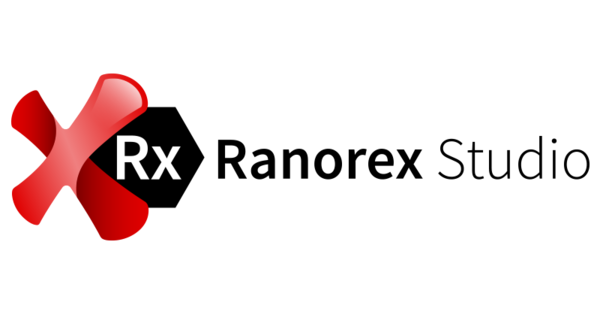 Ranorex Studio is an all-rounder! It works perfectly on mobile, web, and desktops. In simple words, this tool is amazingly compatible with the current technological advancements. It allows comprehensive tests, guaranteeing that the app remains suitable for future needs too, and thus loved by both- experts and novices! With the assistance of this tool, it becomes possible to have good control over automation testing during the implementation procedure. Therefore, users gain experience as they go along.

Kobiton codeless automated testing is the raid way for mobile automation testing. This smart automated test platform has functionalities to create and execute scriptless automation on any gadget. Perform manual testing on a single device, and Kobiton’s AI test framework can execute a similar test over other actual devices automatically and in the background. 100 percent Appium code could be easily generated with this platform. It provides the solution for the flaky test scripts through Appium Anywhere.