This week, Signify (the lighting arm of Phillips) announced that after April 2020 no software updates will be made available for the Hue Bridge v1. (a hub that connects Hue lighting in your home via Zigbee's wireless system) and that compatibility with their online services will be terminated from this date. 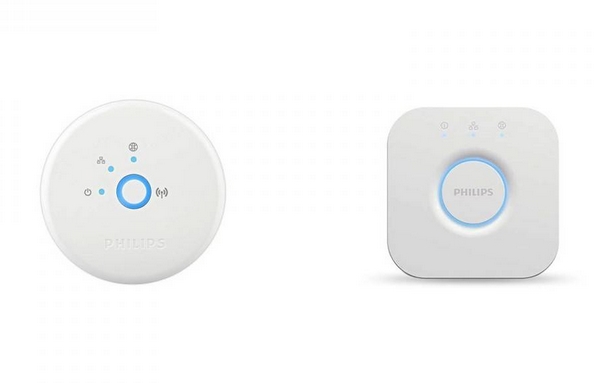 It's the latest example of a trend where we as consumers buy connected devices but have no power over the software that controls them, and are left with devices that have limited functionality (if any) and questionable security once they are superseded by newer shinier models, or no longer in operation at all.

You may also like: The Most Common Problems With IoT

The round Hue Bridge v1 was the first generation of smart lighting devices for Phillips. It launched in 2012 along with the company's first smart light bulbs. Upon questioning its demise by customers on Twitter in response to the announcement, the company stated:

"The V1 Bridge no longer has the resources to guarantee the evolution of the Hue system — from compatibility, speed and security. We want to be able to dedicate more time and effort to maintaining and developing the current bridge and system."

The current V2 Bridge enables you to control your lights through your smartphone, voice assistants and smart accessories like motion sensors and wireless switches. It also unlocks smart features like setting schedules and routines or controlling your lights when you are away from home. You can also control your lights when the internet goes down. There are also several Phillip Hue smart LED bulbs that work without a Philips bridge. You can activate them via Bluetooth and pair them to your voice assistant as with the hub-based bulbs. But the features (like timers) that you get with the Bridge are unavailable.

Phillips is not abanding the V1 Bridge entirely — it can still be controlled within the home network but the ability to control your lights connected to your Hue Bridge v1 when you are out of home or via the cloud is no longer available.

This is significant as just last month the Threat Intelligence arm of Check Point® Software Technologies Ltd. revealed vulnerabilities that would enable a hacker to deliver ransomware or other malware to business and home networks by taking over smart lightbulbs and their controller. Check Point’s researchers showed how a threat actor could infiltrate networks using a remote exploit in the ZigBee low-power wireless protocol, with the potential to launch attacks on conventional computer networks in homes, businesses or even smart cities.

Fortunately, Signify confirmed the existence of the vulnerability in their product, and issued a patched firmware version (Firmware 1935144040) which is now available via an automatic update. However, if customers want continued security, they’ll have to pay $59.99 for v2.

Sustainability Is the Elephant in the Room

One of the bigger issues with the end of software for Signify's older offering is sustainability. Phillips is not providing any trade-in or recycling offer. It's rather ironic as many people buy smart light bulbs in the first place as they see them as a more sustainable option to conventional bulbs — a smart lightbulb lasts between 15 and 25 years, or between 15,000 and 25,000 hours.

The company notes "There is currently no scheduled end of life for the V2 bridge, and we're not working on a new bridge at the moment either so will continue working with the V2."

What Happens When IoT Dies?

We've seen more than one precedent for future connected device creators, particularly those of longer life investment products like smart refrigerators and connected cars where owners rightfully expect a long life and continued relationship with the manufacturer/In 2014 Nest acquired Revolv.

In 2016 Nest announced on its website that all Revolv Hub devices previously purchased and installed by customers would be permanently disabled and cease to operate the following month. Not great given the $300 cost of the hardware, and that their customers had previously been assured of a “Lifetime Subscription.”

Then in January this year, Sonos announced their legacy products — original Zone Players, Connect, and Connect: Amp, first-generation Play:5 (launched 2009), CR200 (launched 2009), and Bridge — will no longer receive software updates or new features. To their credit, they encourage customers to take any obsolete hardware to a nearby certified e-recycling facility and will pay the postage for those not near a service.

But is there another way? Like many interested in wearable tech, I was sad when on December 7th, 2016, Pebble announced that they were ceasing operations. However, two days later, the Pebble developer community launched the Rebble web site, announcing the intention to "maintain and advance Pebble functionality, in the absence of Pebble Technology Corp." And it continues today. Late last year Pebble enthusiast Wowfunhappy created a full-text RSS Reader for the Pebble Smartwatch, released entirely as open-source software. The Rebble App Store is open for submissions for Pebble enthusiasts.

IoT manufacturers will continue to grapple with the problem of “built-in” obsolescence when the hardware is no longer updated.  In an ideal world, at least some would follow Pebble's lead and publish the source repos and build chain tools enabling enthusiasts to maintain a community. Products are being built when the real value is in the relationship between the manufacturer and the customer (and sometimes their data) over an extended period, as the devices become no more, a lot of people are going to be left disillusioned with the Internet of Things.

Four Challenges to Be Considered When Developing IoT Devices

The Five Biggest Security Threats and Challenges for IoT