what about asp.net core and vb.net? it’s coming, i’m sure. i was able to write pages and mvc applications on vb.net, but failed to get views working with tag helpers. web based apis that don’t require views can be written on vb.net already.

let’s write a simple vb.net application that runs on .net core. we start by creating a new application. 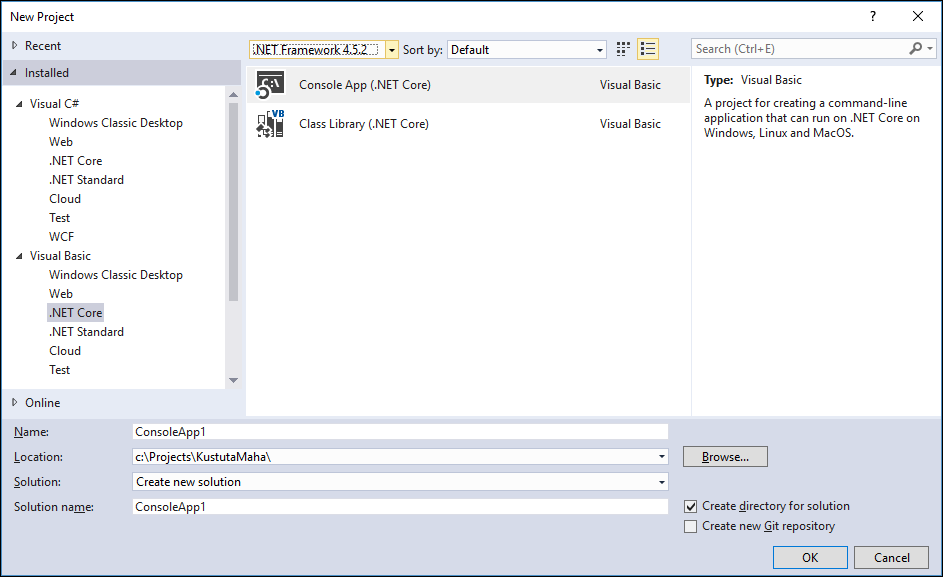 the application will download to a robots.txt file and saved to your disk. so, it’s a simple utility application. the code is here: