ms deploy is such a powerful tool when used to keep your applications and services up to date. what is even more awesome is that the api for ms deploy is available for you to write applications that utilise this power from within your own applications. as most people who’ve played with ms deploy can report though, whether you’re using msbuild, powershell or the .net api; the ms deploy api sucks when it comes to simplicity. so after trial and error and much head banging i’ve created a wrapper for ms deploy’s api to help you complete simple tasks with less friction. 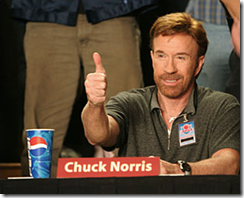 i've spent a fair bit of my personal time working on a personal project that i'll be releasing in the next few months. it involves the use of the ms deploy api for deployment. i’ve had to get very close to the api that ms deploy makes available, and in doing so have come to have a love/hate relationship with how it has been written.

ms deploy contains a very powerful toolset but file upload and download is definitely only the tip of iceberg of this functionality. this is my problem. the team who wrote the api appears to have been so involved with the bigger problems, that the act of simply uploading a file to a remote server is a painfully long winded and hard to understand task:

so i took the liberty of making it easier for people like me who just want to freekin-upload-some-files . i haven’t looked back.

simplydeploy.net is a very simply library with 4 simple methods:

it uses the contentpath webdeploy provider to make all of its remote calls in keeping with visual studio 2012’s web deploy publishing profile support. hopefully this will allow for the most coverage from servers/sites that already support this.

it is released under ms-pl so is fine for commercial use.