I created a Version of the Classical Game using the Minimax Algorithm (T3oW, Tic-Tac-Toe on the Web). Enjoy the Game and Let Me/Us Know in the Comments, If you were able to beat the 'T3oW  AI Engine' (Well, Simply the Server/Computer!)

Minimax Algorithm works towards minimizing the maximum loss that can occur (as opposed to the 'Maximin' which works to maximize the minimum profit that one can have). I have also built a user interface (Work in Progress) for the above.

This is how the Minimax Algorithm works, usually:

1. Compute the game tree that is possible from the remaining moves where the cross represents the maximizing player (running the algorithm — like the computer player) and circles represent the moves of the opponent that are of the minimizing player. 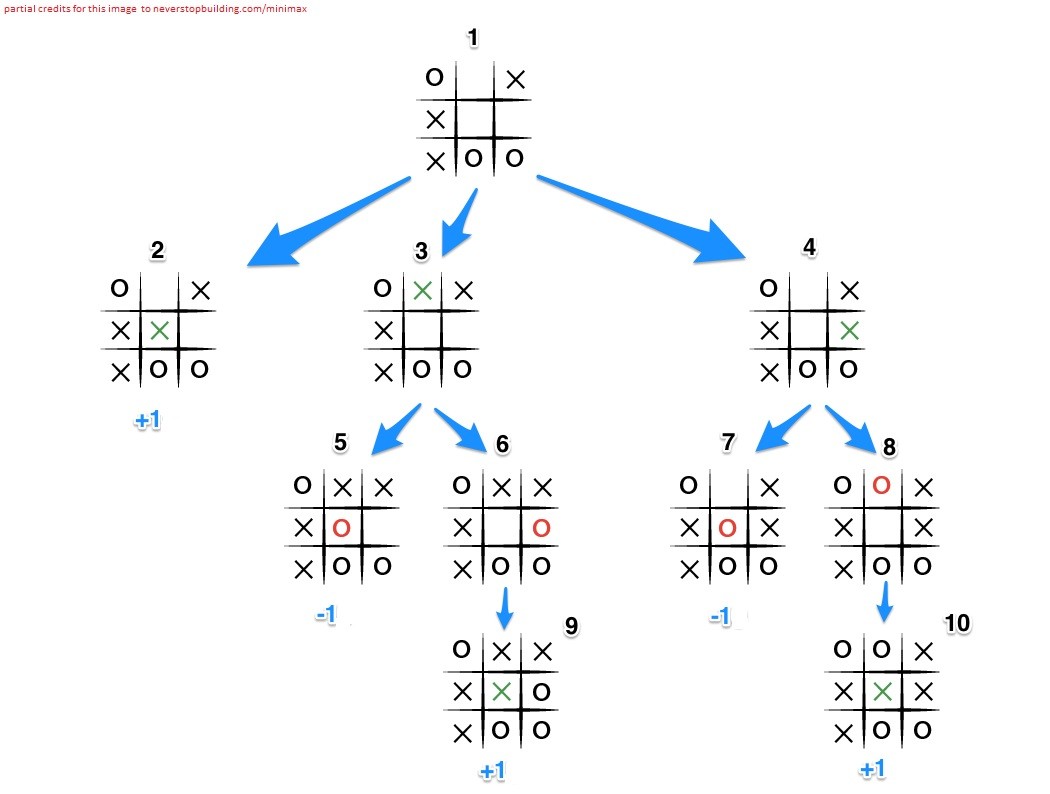 2. In this game, we usually do a look-ahead of the nth level, but due to computational resources, we may want to reduce it to levels between 1 to 4.