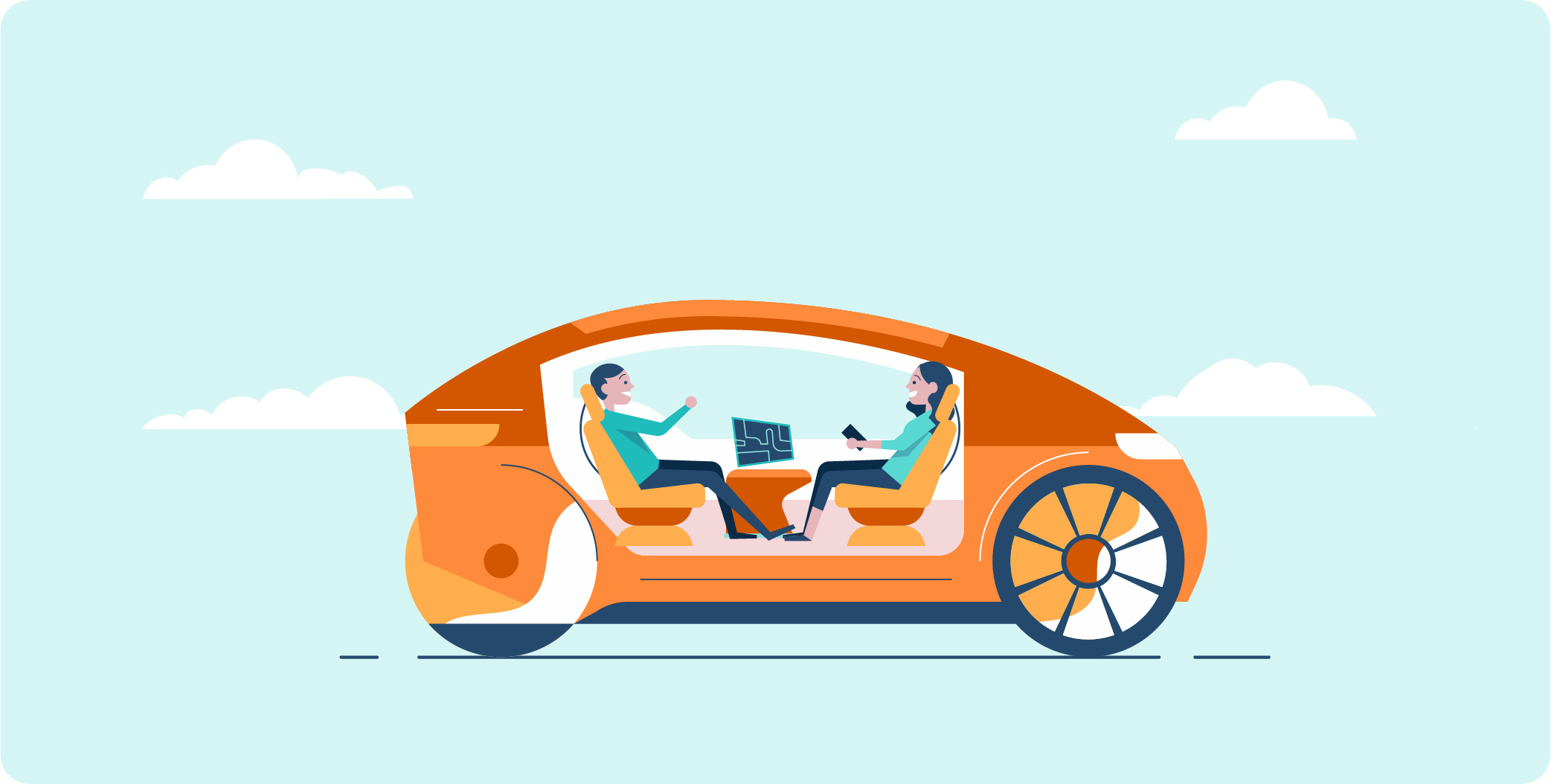 A new market is emerging before us — self-driving cars. Yet, before the present day car industry becomes a thing of the past, there will be a chain reaction of well-anticipated, along with unplanned, disruptions. What will they be and how is the industry getting through the first transformative stages? See the topic discussed in detail in our article below.

Undoubtedly, the advent of the era of driverless cars implies modifying or eradicating a multitude of today’s phenomena, such as public roads and transport, service centers, driving licensing, and overall transport regulations. Apart from technical and legal aspects, ethical and psychological elements of transition also deserve close review. Given the complexity of the problem, what do industry players undertake to finally bring smart commute to our streets? Where does a balanced decision lie? Sooner than not, it's on the surface and consumers may be better adopters of the new technology than many producers think.

"Shut Up and Relax, Human"

Many men, many minds. Industry players cannot find a unanimous decision for many simplest questions. Say, who’ll be the boss during a trip: a human or a car? The total majority of car manufactures stick to a staged shift from half-automated car to a fully self-driving vehicle. On the contrary, Google imagines only a 100 percent autonomous car hitting the market and its resolution is backed by a series of studies. They point to the human’s inability to stay focused on the ride once AI takes control.

“We saw human nature at work: people trust technology very quickly once they see it works. As a result, it’s difficult for them to dip in and out of the task of driving when they are encouraged to switch off and relax”, Google says in its report.

On the bright side, reluctant as you may be to entrust your life to an artificial mind, things may be not as dark as many perceive them. A shift in consumer behavior indicates that we are willing to unload a tedious task of driving for good. Millennials, Z, and X-gens are growing more detached from possessing a car. European car sharing market is expected to reach USD 4 billion growing at a CAGR of over 33.7 percent from 2018 to 2024 (Graphical Research). Berylls Strategy Advisors predict a 15-percent decline in car sales by 2030 in the US, which for the first time in history that it cannot be traced down to an economic decline. The number of young Germans applying for their driving licenses has also shrank by 28 percent in the past decade. Similar trend seizes almost all major economies, with UK alone showing 40 percent drop in license holders. Seems like we’re more eager than before to become a part of the world where a driver's license is no longer needed. Isn't this a sign that we are paving the way for driverless commute? It all comes down to this: cars of the future will spare your energy for more important and/or pleasant things, not driving.

“Play by My Rules or Get Out”

All the same, a forthcoming transformation makes car manufacturers feel uneasy, as this change will undermine the present day industry. However, the automotive industry isn’t alone in its wish to slam the brakes on the road to a smart future. Smart cars will require a new infrastructure and city planners will have much headache rebuilding a good deal of today’s cities.

Lack of proper infrastructure is a frustrating thing already today, at the dawn of driverless cars industry. Say that you need your Waymo taxi to pick you up at the shopping mall. Bags and packages in your hands, you now have to go and find the corner where the driverless car waits for you. A smart car cannot drive itself to whatever point that may be convenient for you. The story repeats itself when you have to leave the car and bring the stuff home from the exact stop point the car deemed acceptable to park, not you. In other words, existing roads are troublesome for driverless cars to navigate with only a few spots to park. 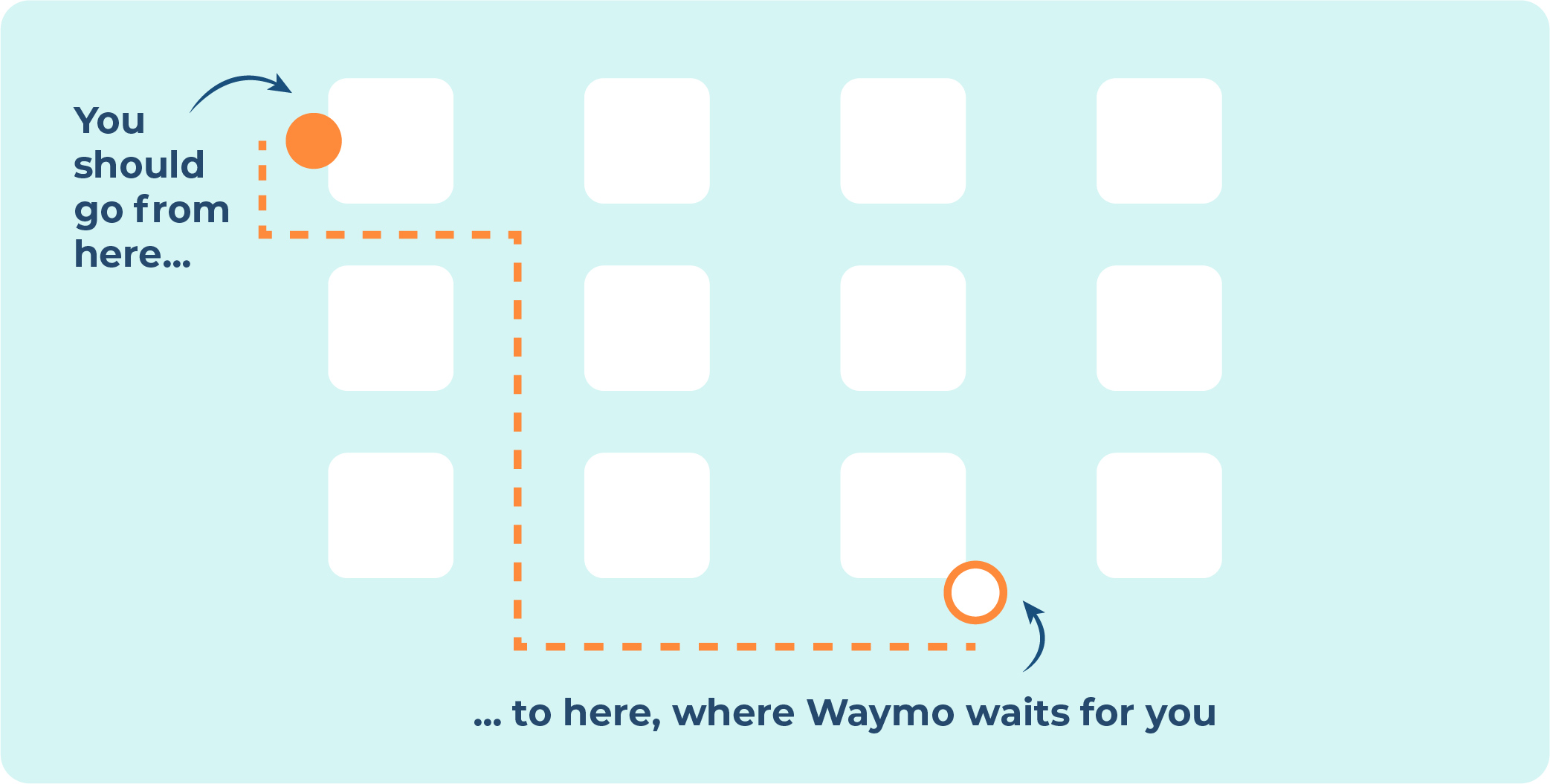 However, the most distressing part can actually be driving. Densely populated areas can be a shock to the car because of reckless human driving, accidents, or emergencies. These incidents may take only seconds for a human driver to comprehend but will result in a complete brain freeze for the AI. This is a reason why an AI-enabled car can only navigate through limited and carefully mapped city roads.

“Play by my rules or get out, human” – that’s the impression it gives.

“I’ll Drive You Down the Safest and Shortest Route Possible”

Self-driving cars, brilliantly programmed to follow stringent driving regulations, are objectively further from being accident-prone than humans. However, for those unwilling to share the lane with robots, there’s an option. To eliminate tension between human drivers and self-driving cars, isolated underground infrastructure is being constructed. In 2018, Elon Musk unveiled his plans to build the tunnel under LA, which would allow only self-driving cars with test tunnel open already in December that year. Alphabet, Google’s parent company, is likely to follow the same path. As the details leak out on its smart city to be constructed soon (projected to grow where Toronto’ waterfront now lies), the smart giant is planning to automate and bury underground waste managing and freight deliveries, along with delivery drivers. This will not only reduce the above-ground traffic but will also help tackle urgent environmental issues.

Without tons of investments and new infrastructure, driverless cars will mostly resemble halfblind kitties given their impaired vision (in low angle light at least). However,

Introducing AI to public transport may free the city streets from accidents and traffic jams due to flawless real-time data exchange between AI-enabled vehicles.

“No Offense, I’m Programmed to Kill You”

A uniform decision is also pending on a number of ethical issues. For example, who should the smart car save first: a driver or a pedestrian? Mercedes-Benz’ announcement provoked a public outrage after it made it clear that their smart car would be programmed to save the driver first rather than a pedestrian. This resolution was lately revoked by the automotive giant. At the same time, a car designed so that the driver suffers most will badly hit the company’s bottom line.

To reveal additional issues demanding public debate, the Moral Machine quiz was launched. Roughly speaking, it collects public opinion on whom the car should kill if it faces a choice. A child or an elderly person, a wealthy-looking man or a homeless man, a woman or a man? So far, should the poll results be reflected in the government regulation, smart cars would be given a green light to hit a shabby looking elderly man. Once the algorithm is launched, it will simply enact the major vote.

“Take Your Time, Human. See What’s Best for Yourself”

At the same time, Jean-François Bonnefon and Azim Shariff, the designers of the above mentioned Moral Machine quiz, highlight in their interview to Medium that issues of moral and ethical nature should be left to the government to solve, not the market.

“The advantage of government involvement is you don’t leave ethical decisions up to market. I don’t trust the market to find the most ethical discussion. Having each manufacturer create their own guidelines, so that consumers can choose between algorithms, would be very chaotic," Mr. Shariff says.

This will take the task off for manufacturers to create an all-conforming standard of AI-run machine, which, if assigned, would be close to impossible to do. Additionally, if taken by the market, the decision will most likely center on margins, instead of morality. Governments will give the review a broader angle to reflect both market and ethical demands. Well-accepted human values will remain intact across the globe, while country-specific peculiarities will also be introduced. Say, a jaywalking Japanese is a very rare phenomenon. At the same time, crossing the street with eyes glued to the phone is a regular thing for a New Yorker. These and other regional peculiarities are likely to be captured in local regulations which foreigners will abide by the way they do today.

Precisely how long will it take for driverless cars to be fully adopted by global community is unclear. The issue of human-machine interaction is highly speculative, and humans very unwillingly cede control over their lives to AI. At the same time, healthcare institutions, once violently resisting artificial assistance, are now tightly bound to precision and reliability of AI-driven technologies. Will the automotive industry replicate this pattern? Let us know in the comments below.

Published at DZone with permission of Veronika Chizh. See the original article here.