Generally in technology, we face the dilemma of choosing between two or more services. It is a similar situation when we want to access web services. If we have to make a choice between SOAP and REST APIs, we certainly get torn between the two options. On the face of things, it is an investment, as usual, we need to be mindful about. 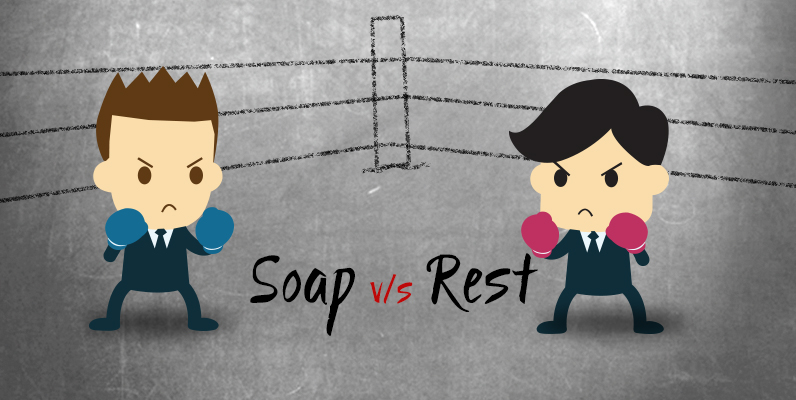 SOAP (Simple Object Access Protocol) and REST (Representational State Transfer) are two kinds of web services that have been around for a while. SOAP was more of a standards-based protocol and was suited for long term business processes. Then came REST, which claimed to deal the issues with SOAP. It offered a higher degree of flexibility than SOAP, and in certain conditions it provided simple methods to access web services. Both of them relied on a well-established set of rules that were considered as standards in the interest of data exchange.

70% of all new APIs now are using REST-based web services.

The following tabulation examines the comparison between SOAP and REST APIs:

As most IT Architects continue to debate, while REST and SOAP both have a place, REST continues to have wider adoption, mainly because of its ease of use and it being light weight.

We are seeing a growing trend in API Management, and we see REST take a lead. Most of them support one of YAML, RAML, or Swagger definitions making it easier to learn, try and implement them.

Hope it helps you understand on a fairly high level. Do give your comments to expand this blog.