Prototyping is part of my work. I don’t trust Product Owners or analysts that do not prototype ideas and share them with the customer or another stakeholder.

I have gained the ability to listen, remember, and prototype nearly live time, but since my buffer size is not so large I ask the customer to do short 30-minute iterations instead of just Q&A for one hour.

How Does It Usually Work?

Let’s have this imaginary situation: a customer approaches me to create a very simple (from her point of view) application to help her to run a business better. During the first 20 minutes of our discussion, I asked questions. In the next 10, I was able to come up with an idea. After 30 minutes, I had this (ugly, but useful): 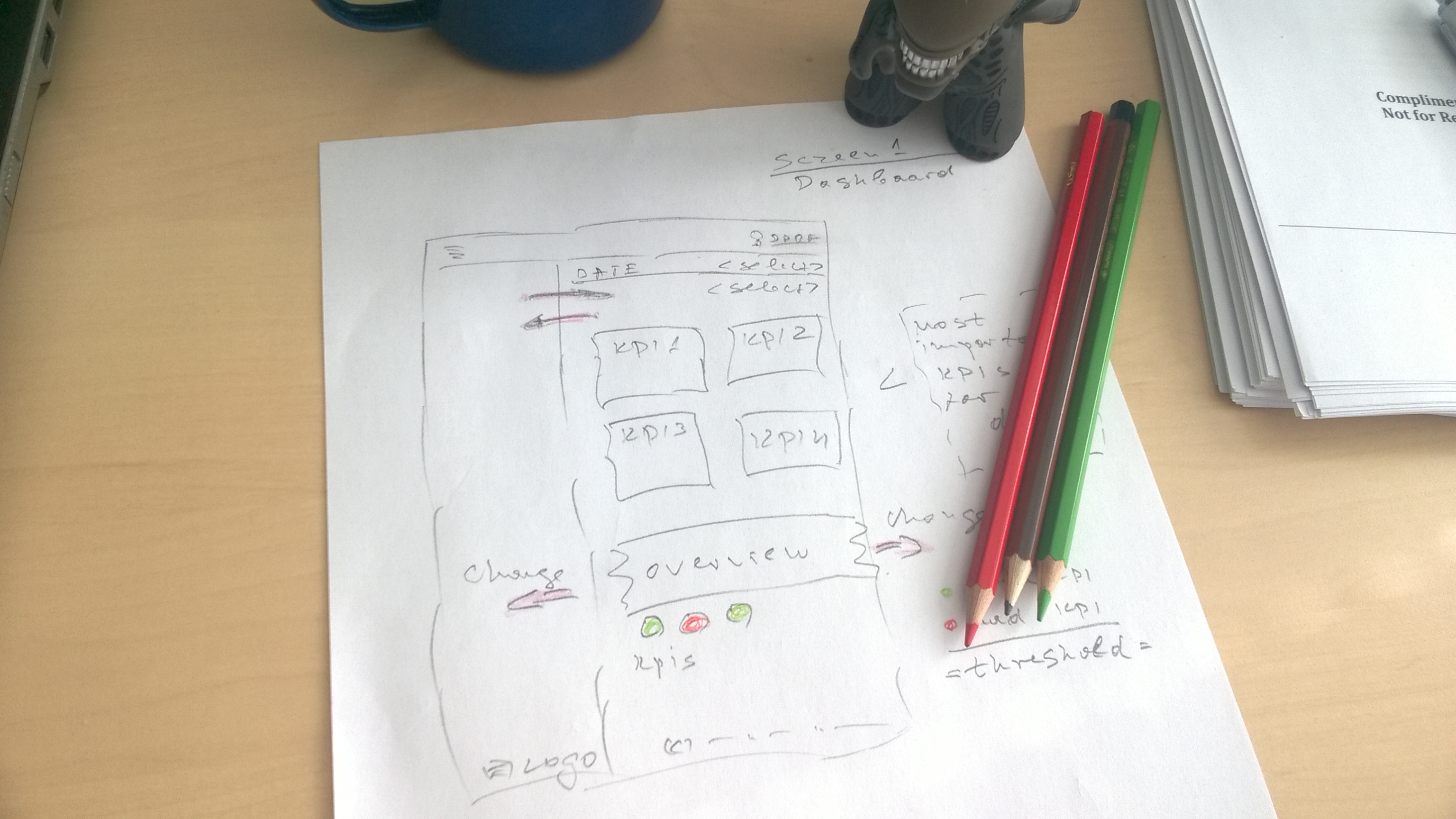 The customer was happy with the development, so we moved on to the next screens, again using 20+10-minute approach. At the end of the second working session, I had the full concept on paper together with a lot of notes and small indicators of interaction. (See the arrows and the KPI indicators.)

I put all of these papers on a wall and created the first digital mock-up by using balsamiq (one of my favorite tools). I tried to make it as close to the paper version as possible spending half a day in just making it “clickable” so that I could present it later faster. 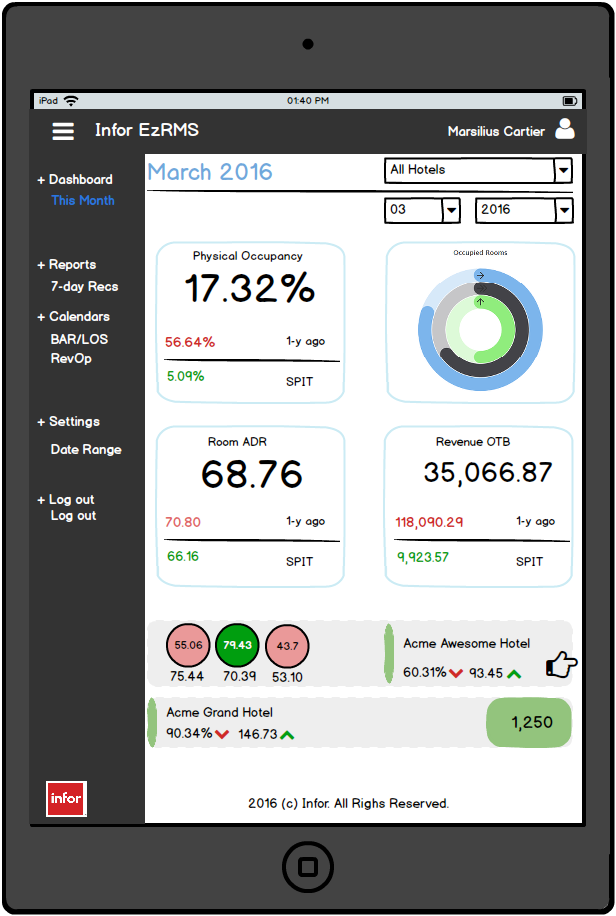 After that, I had a presentation session with a larger group of stakeholders (from the customer’s side). In general, they liked what they saw and asked when they could play with it. I told them that I would give them a prototype in a week, noting that the prototype would not look like the one they saw today since the appearance would have to come from our design team (mainly thinking about the UX guys first). The agreed principles, however, would remain the same.

With all the screens and my notes, I contacted our UX guys and Information architects. They gave me some advice on how to incorporate our company style, usability patterns, and UI into the prototype using the information I have collected. The final result was smashing. I created a small Js APP using the company framework to make a real looking prototype.

The customer was happy with the job we did. I gave them the prototype to play with and we tracked their way of learning the new interfaces and their journey inside the app. We have collected useful data and that helped us a lot in developing the product. By knowing what everyone expects, I can write better tasks for the developers and will shorten my communication time with the customer and other stakeholders.

It was a huge success and I am planning to use this approach again.