Although I tried to make this post comprehensible by itself, you might want to read previous parts before this one.

One of the keys to being a good programmer is working in an organized way. You pick a small, easy problem, solve it and move to the next small, easy one. One after another, step by step, something greater emerges. Our brains have limited capacity and processing speed. We can't do everything at once, we can't solve multiple complicated problems at the same time. Knowing this we can conciously limit our current "context" to something simple enough to chew at once.

In this post, I'm going to show you how to put it in practice by developing a key feature of my blogging platform like this. Get ready for a ride!

The key feature of the blogging platform is to load the posts from a separate Git repository, so that the bloggers can benefit from version control, code reviews, people's contributions and so on. 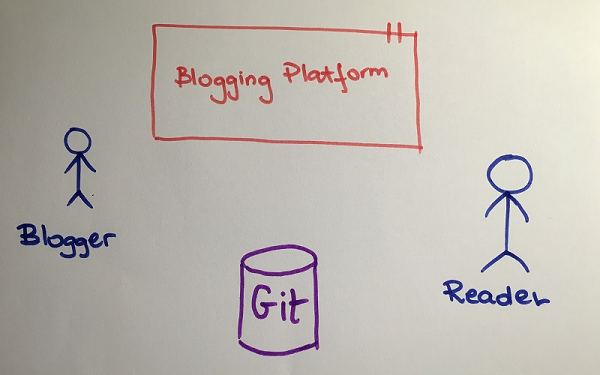 Currently, the posts are kept in the same repository as the platform and are loaded from the classpath using some ugly PathMatchingResourcePatternResolver. I want to replace the whole classpath-based solution with Git support. Ability to run the application in "local mode" by specifying local address of a repository would be a plus, but is not a must.

One easy way to prevent your brain from exploding is to create a plan - set of simple steps to achieve your goal. The plan is not set in stone, it can evolve while developing and learning new things about the problem, but it needs to remain simple. Here's my initial plan for this feature:

Fifth point is currently very abstract and might be broken into smaller steps later. Currently, I don't have any good idea how to create or test Git-related mechanisms, so I can't tell what exactly will be done there.

The idea to refactor MarkdownPost came from 2 sources: 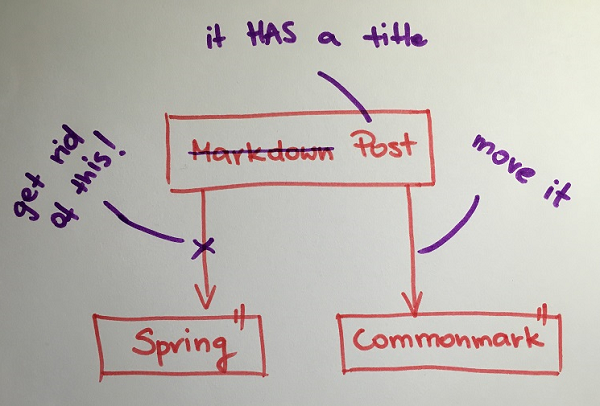 This leads to the following steps:

Yay, even simpler steps! Actually, most often you won't put so much details into your plan, but in this case I had a lot of input from readers and time to think before I found time to implement anything.

Showing all intermediate steps would be even more boring than this, so I'll just show you the final effect.

MarkdownPost has turned into a simple data holder Post:

You can notice that I added a TODO to test a case when there's missing metadata in the post. I don't want to do it right now, because this class might change really soon when integrating with Git.

PostReader was adjusted to use Post and the factory. In the process, I also renamed MissingPost to MissingPostException and made it an outer, public class. 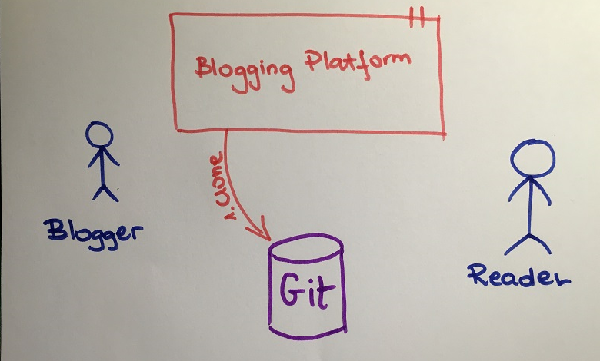 I've seen somewhere that there's a Java library called JGit, developed by some smart people from big companies. I'll add it to the project and try to clone a repo using it.

It turned out to be suprisingly easy. Four lines of a chained call and repository is cloned to our disk. When testing, I found out that we have to clear the repository directory manually, which I decided to brute force by deleting it and creating again.

To aid development, I created a simple test for the class. It verifies that the contents directory is cleaned and repository cloned correctly.

This test might change in the final step, when I'll decide for a testing strategy.

As you maybe saw, a rethrow construct appeared. I got pissed off by catching and rethrowing IOExceptions left and right, so I created ExceptionUtils: