Call it incumbency, call it monopoly – it really doesn’t matter: it is what it is.

Internet Explorer releases with the operating system. This means we typically get a new version with new features and new standards support every few years. When there is no competitor in the marketplace, this is sufficient. However, Chrome releases a new version every few hours. With this frequency, it has the rightful appearance of having more features and more standards support.

My opinion is: until Internet Explorer has a more frequent release schedule than Windows, then competing browsers will continue to entice users away. Then back. Then away. Then back again. And who is the loser? Companies making web sites are the loser – as this volatility in browser capability causes the cost of developing cross-browser compatible sites and web applications to increase.

Is it the answer that Internet Explorer will be part of Windows Update and automatically refresh on desktops? Yes, but no. It will certainly help. But, not unless updated are actually released out of band of the Operating System’s cycle.

I don’t know. It seems to me like history repeating. The same thing over and over. Some company or group of developers get it in their head that owning the browser is their path to riches. (They forget that Microsoft will never roll over on this fight.) For a select few it is lucrative, I guess. But for the rest of us? It just fractures the market. Drives up complexity. Drives up cost. Drives up unhappiness.

Chrome is fast – but it also has a volatile API and significant security vulnerabilities. Ever tried to call for support on Chrome? It would be easier to get Amazon AWS support on the phone.

The sheer number of corporate browsers will drive Internet Explorer for a long time. And, with Windows 8, the metro-based Internet Explorer will be there, making new users happy with rich features and standards support. Indeed, we’re starting the cycle all over again. 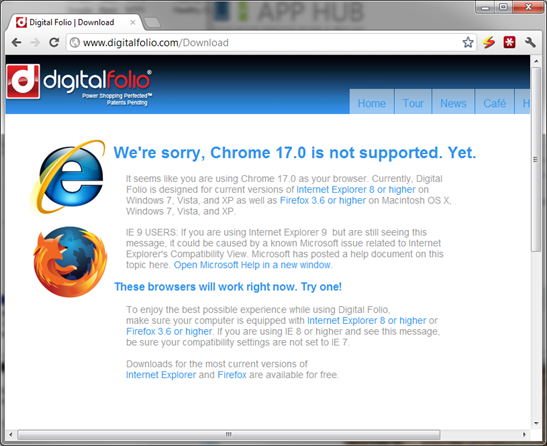