from pcl to universal apps

before universal windows applications (uwa) we had portable class library (pcl). pcl was good solution as it allowed us to share code between applications that are built for different .net framework target platforms.

but pcl had no official support for sharing xaml between applications. yes, it was still possible to do but it was still unsupported hack that worked for some developers and not for others. uwa solves this problem as it supports also shared views with code-behind.

so, practically uwa is pcl with xaml support. there is also one other change – there’s no target framework for uwa project. it’s just a dummy project with code, xaml and assets shared between applications.

the dawn of mobile development

xamarin is ide + set of tools that allows us to use .net framework and c# to write also android and iphone applications. also xamarin components integrate to visual studio and this way you can write apps to all three major platforms: android, iphone and windows phone. 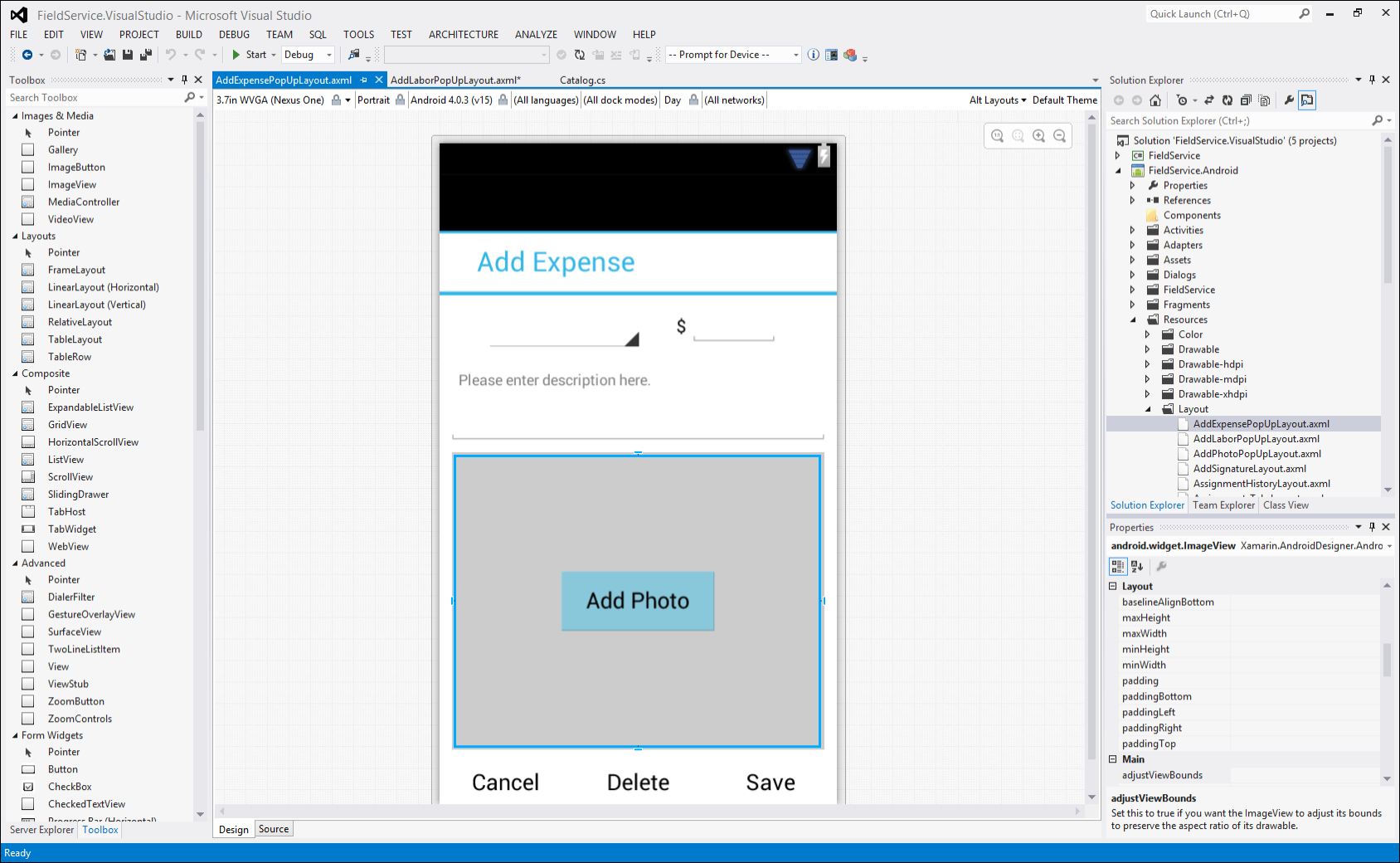 xamarin android layout designer in visual studio.
(click on image to view it at original size)

okay, there are hacky things to get c# and .net libraries to run on android and iphone and android packages even for small apps can be 10mb beasts but it still works pretty okay until we don’t hunt extremely good performance.

so, with little help by xamarin components we can build also iphone and android apps on visual studio and projects for these apps can be part of our visual studio solutions.

in the middle of march this year zdnet published article is microsoft about to buy xamarin? why should microsoft be interested in acquiring xamarin? what can they possibly do besides better integration between xamarin components and visual studio?

nb! everything from this point on is pure speculation that is based on public information and my own common sense and estimations. there is no confirmation by microsoft or xamarin to me that things will go the way as speculated here.

xamarin is currently on the limits of what it can do to transform .net code to android and iphone platforms. microsoft has advanced engineering power and advanced technologies to take xamarin to next level. how?

these two technologies can be used to make better bridge between c# and other mobile languages like java and objective-c. if microsoft wants to go with .net versions for android and iphone then it doesn’t need to acquire xamarin. of course, it’s possible that the final solution includes both – platform specific code and special versions of .net libraries that are deployed as shared libraries.

as after these moves the new core of app development technologies cover also other platforms i think they will remove the word “windows” and what we will get is universal applications.

the future seems to be very interesting…

the post speculations on universal windows applications and beyond appeared first on gunnar peipman - programming blog .