Steve gripped the steering wheel of his Nissan 300Z, the race track curving ahead. Engines all around grumbled impatiently as he waited for the checkered flag. 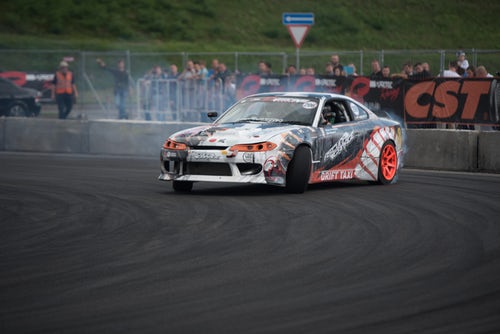 The 24-Hour Lemons Endurance Race brought together 180 teams, each spending no more than $500 on their souped-up relics, many reclaimed from weeded-over backyards.  All were vying to survive the most laps and claim victory.

At that moment, Steve pondered the AI problem before him. How could he create an algorithm to choose the best line to take around the track?

Instead of using general-purpose AI, he could create a machine learning algorithm to choose the right line to drive on the track. The algorithm would calculate how fast the 300Z could drive that line — with the new motor Steve had installed— compare that with another potential line, and then select the best one. By repeated comparison of possible lines, the algorithm would converge to the best solution while requiring a lot less training data.

He realized this approach to AI would also work for the product he was building at work. Steve also doubles as the head of engineering for Automation Anywhere’s IQ Bot, our cognitive automation product that analyzes unstructured data so that processes can be automated.

Steve realized that dealing with unstructured data was similar to the question he posed to himself about navigating the race track.  It was a constrained problem, focused on identifying an answer to a specific question.

In creating IQ Bot, Steve thus created a collection of algorithms built on neural networks or using fuzzy logic, depending on what worked best for extracting data from different document types. In some cases, a neural network worked best, taking input from hundreds or thousands of examples of a document — say an invoice or a mortgage application — and creating an algorithm that identified the right data fields. In other cases, fuzzy logic was the right choice, weighing input factors between 0 (false) and 1 (true) to determine whether the data field in a document was found.

Setting up an effective feedback loop with human workers was also important regardless of the algorithm used.  Steve built IQ Bot so that it generates a quality score for an identified data field. Customers then set a threshold — say 75 percent confidence. Below this threshold, IQ Bot flags the data field in question to the customer to validate whether or not the right data was found. The algorithm is thus continuously improved.

Most weekends, you will find Steve in the garage or racing in the Bay Area. But you can take IQ Bot out for a test drive and see our approach to applying AI with unstructured data. IQ Bot is included in Automation Anywhere’s Community Edition, our free edition that gives you access to our full suite of products.

From there, you’ll create a learning instance that defines the type of document you need to process, the language of documents, and a list of data fields to capture from each document.  For more of the step-by-step details on how to do this, check out my other article on DZone — Artificial Intelligence and the Office:  Taking on Invoice Processing (and More).

Let us know what you think about IQ Bot on our Developers Everywhere community group.  And remember — just like Steve’s endurance race, it’s not about coming in first with cognitive automation, but enjoying the ride.